Douglas College’s women’s soccer head coach Chris Laxton is hoping to capitalize on the stellar season the team had on the pitch last year.
Sep 17, 2015 1:44 PM By: Cayley Dobie 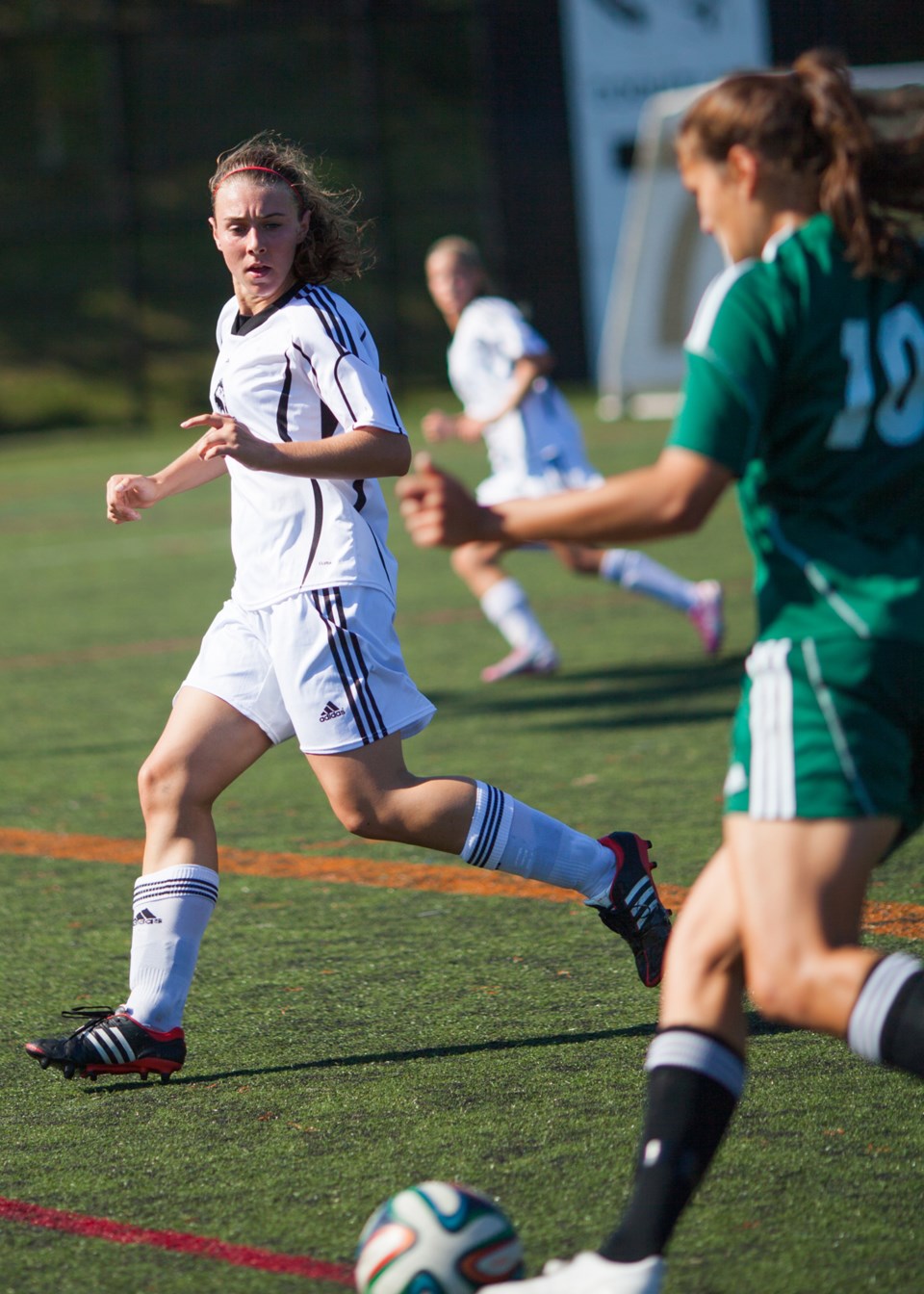 On the pitch: Second-year midfielder Kristina Klein is one of many returning players on Douglas College’s women’s soccer team. The team is hoping to improve on last year’s provincial bronze medal.Photo Douglas College Royals Athletics

Douglas College’s women’s soccer head coach Chris Laxton is hoping to capitalize on the stellar season the team had on the pitch last year.

The Royal women, including third-year Burnaby North graduate Courtney Sine, won all three of their first games this season starting with a 3-2 win over Langara College on Sept. 9 followed by a 3-0 shutout against Kwantlen Polytechnic University on Saturday and a 2-1 win over Quest University at home on Sunday.

Laxton, who took over the position of head coach in April 2014, led the team to a bronze medal in the PacWest provincials in a 4-3 shootout win over Kwantlen Polytechnic University last season. He’d like to keep the momentum going – especially now that the women know what they are capable of.

“We’re getting the results, but there’s still lots to improve on. I think we’re set up with a core group that have been through this last year. We had a good start to last year and did see a lot of adversity but then bounced back,” Laxton said.

This year, Laxton hopes his team will stay consistent throughout the season. With three wins already under their belts, it’s easy to lose focus, and Laxton wants to make sure the women stay on course all the way through to the end of the season setting them up for a strong showing at provincials.

“After this weekend we’ll get every team two more times after and then we can start creating a bit more game-specific, team-specific plans as we build up for what will be a fourth meeting with some of them, hopefully, in the provincial semis and then hopefully in the provincial final,” he said.

The Royals’ women are back on the field Saturday, Sept. 19 against Vancouver Island University, and Capilano University on Sunday.