It happens often enough that it shouldn’t be a shock. But shocked the Douglas College Royals were on Wednesday.
Nov 7, 2019 12:04 PM By: Burnaby Now 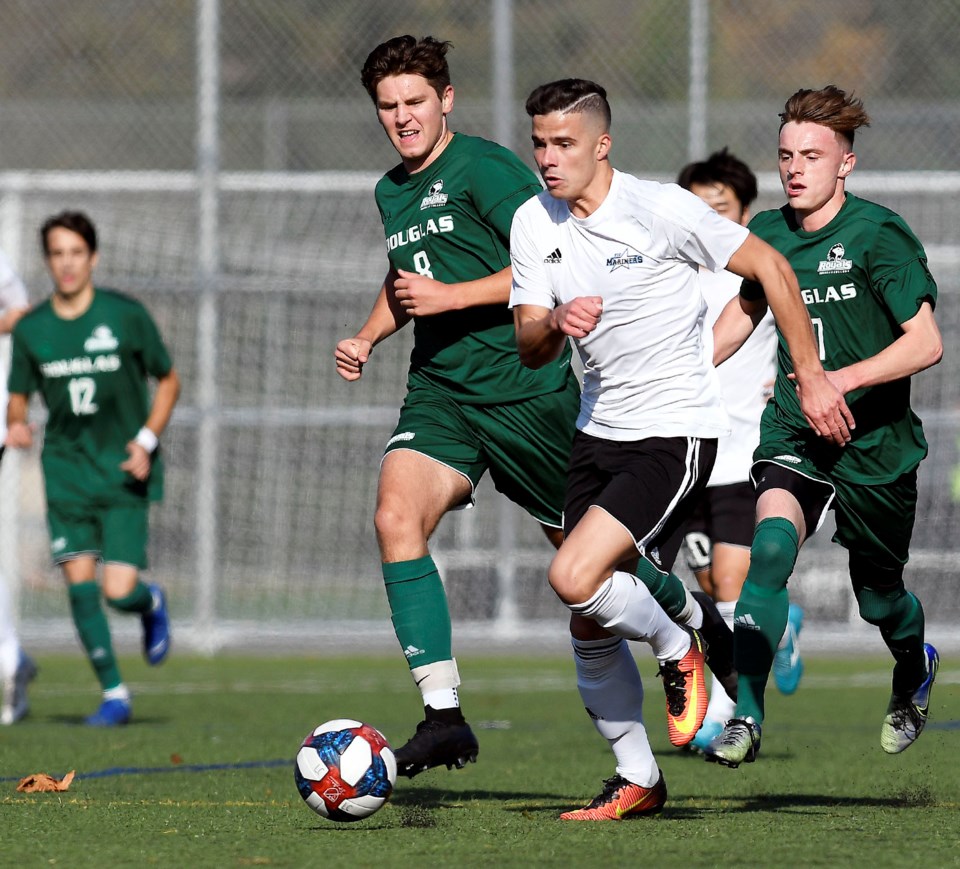 Douglas College's Quinn Deslauniers, second from left, in green, chases down a Vancouver Island rival in a game last month. He scored the Royals lone goal in a heartbreaking 3-1 loss to the Durham Lords in the opening game of the Canadian Collegiate Athletic Association championships in Ontario.Jennifer Gauthier

It happens often enough that it shouldn’t be a shock.

But shocked the Douglas College Royals were on Wednesday.

The PacWest champions saw their final four hopes at the Canadian Collegiate Athletic Association championships dashed in the opening round 3-1 loss to host and unranked Durham Lords.

Durham opened with a lot of pressure, but it was the Royals who struck first. Second-year midfielder Quinn Desaulniers converted a corner kick past Lords netminder Kevon Grant in the 37th minute.

Up 1-0 at halftime, Douglas found itself on its heels when Durham tallied two quick markers, by Nick Spittle and LeRohne Young, at the 50th and 51st minute.

The Lords would add an insurance marker later in the game.

Desaulniers was named Douglas’ player of the game.

The Royals managed to bounce back on Thursday, holding off a late rally to edge the Holland Hurricanes 4-3.