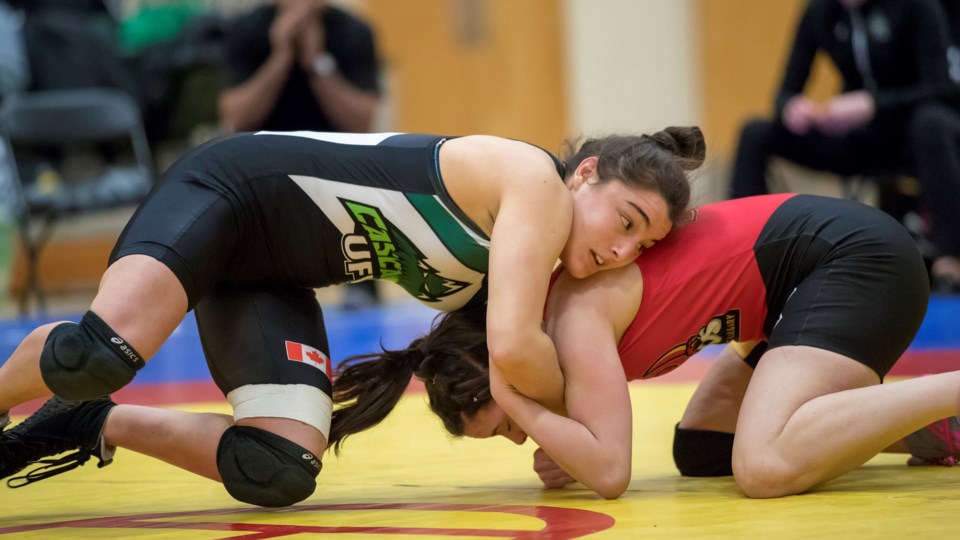 It was the inaugural WCWC national championship, and SFU entered as one of the top-ranked programs at the competition.

The Godinez-Gonzalez sisters, who transferred to Burnaby Mountain after launching their post-secondary studies at the University of the Fraser Valley, headlined a strong team performance which saw them finish second behind McKendree, by a 191-178.5 point margin.

A year ago, Ana Godinez-Gonzalez won a rare twin Canadian Wrestling national titles – both the junior and senior 62-kilogram gold medals, as well as the outstanding female wrestler of the tournament award. She only debuted with SFU two months ago at the Menlo Open in Atherton, Cal., where she she defeated 2019 NAIA and WCWA national champion Solsan Piercy.

"An exciting weekend of wrestling for our team, we had a couple of tough losses on Friday. But our girls battled hard on Saturday,” remarked SFU head coach Justin Abdou. “I'm very proud of the effort of this team. To bring 11 wrestlers and have everyone make the All-American team is pretty special.”