The B.C. premier and long-time sports fan reached out to the Blue Jays to make the case for the Canadians.
Dec 9, 2020 3:04 PM By: Daniel Wagner 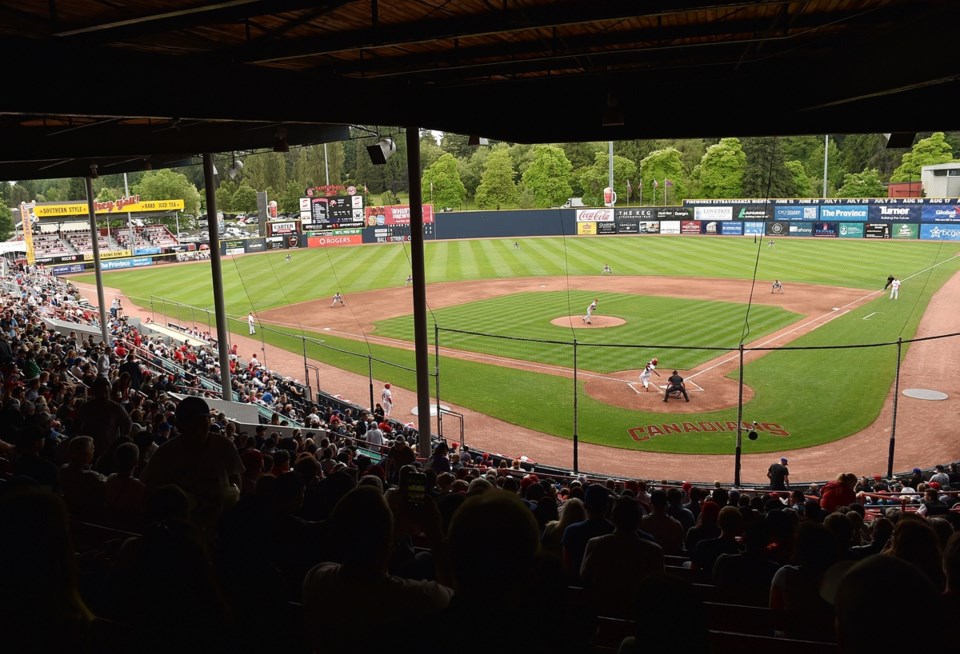 The Vancouver Canadians will continue to be affiliated with the Toronto Blue Jays and have been bumped up the minor league ladder. photo: Dan Toulgoet / Glacier Media

The Vancouver Canadians will remain a minor league affiliate of the Toronto Blue Jays next season. In fact, they'll be getting an upgrade.

It made sense: the Canadians were what is known as a "short-season single-A affiliate," exactly the type of team that is getting axed in MLB's overhaul of the minor league system. Affiliating instead with the Athletics would have kept the Canadians in the system.

In recent weeks, however, the situation changed. It came down to a decision between the Canadians and the Lansing Lugnuts, who have been the Blue Jays High-A affiliate since 2005 and the Blue Jays went with the Canadians. The Lugnuts will be affiliated with the Athletics instead.

The Blue Jays' decision may have been influenced by B.C. Premier John Horgan.

According to Canadians co-owner Jake Kerr, Horgan reached out to the Blue Jays to express the importance of the Blue Jays' partnership with the Canadians.

"I know that they were impressed that he took the time to call," said Kerr.

Horgan is a long-time sports fan who credits his high school basketball coach for putting him on the right path to becoming who he is today. When the NHL was looking for a host city for the 2020 Stanley Cup Playoffs, Horgan reached out to the NHLPA and NHL Commissioner Gary Bettman to make the case for Vancouver, so speaking up in support of a local sports team is certainly in his character.

While it's unusual for a team based in the east like the Blue Jays to have an affiliate on the west coast, the Blue Jays emphasized the national connection between the two teams in their media release.

The upgrade from short season single-A to High-A baseball means several changes for the Canadians. Instead of a 76-game season running only in the summer months, the Canadians will play a full 132-game season from April to September, notwithstanding mitigating factors like expected COVID-19 measures in the coming year. That means more home games at Nat Bailey stadium.

Along with a longer season, the Canadians will see a higher class of ball player hitting the roster. Current Blue Jays stars Vladimir Guerrero Jr. and Bo Bichette played High-A in the Blue Jays system before making the Majors, as did top prospect Jordan Groshans. The Blue Jays' first-round pick Austin Martin, one of the best prospects in baseball, could potentially spend some time in Vancouver as well.

That's great news for Blue Jays fans in Vancouver, who will get the opportunity to see some of the team's future stars in action on the west coast.