Lacrosse people reflect on the legacy of Sohen Gill

The sport of lacrosse has lost one of its biggest boosters. Burnaby native and Canadian Lacrosse Hall of Fame member Sohen Gill died last Friday after an undisclosed illness. He was 78.
Dec 9, 2019 4:36 PM By: Dan Olson 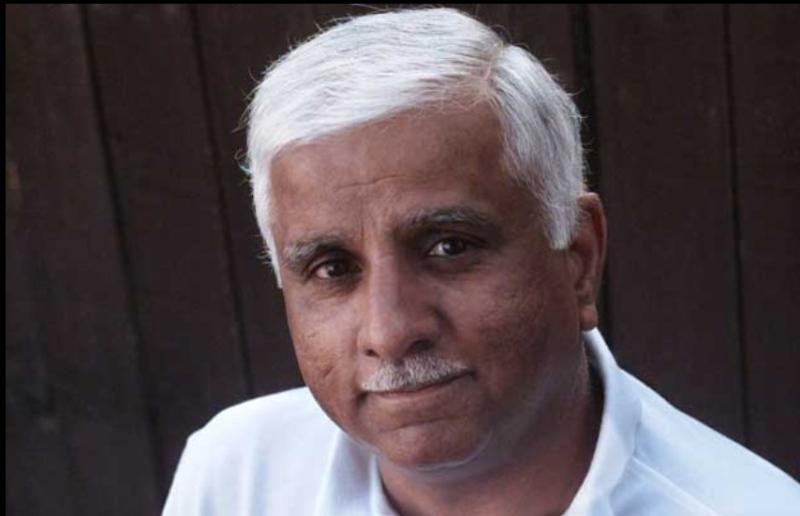 Burnaby native and lacrosse icon Sohen Gill passed away last week at the age of 78.Contributed

The sport of lacrosse has lost one of its biggest boosters.

Burnaby native and Canadian Lacrosse Hall of Fame member Sohen Gill died last Friday after an undisclosed illness. He was 78.

Western Lacrosse Association commissioner Paul Dal Monte said that whenever he had any questions about the machinations of overseeing a seven-team league, the answer usually began with ‘Ask Sohen.’

“I think he was probably my first call when I took on this (position), because he’d been there and done that several times over, and he knew everyone, not just here in the Lower Mainland, but across B.C. and across the country,” said Dal Monte. “His name was synonymous with the game of lacrosse, and his fingerprints are all over the game.”

Gill’s impact on the sport was so broad, that long-time colleague and friend Paul Rowbotham said you couldn’t pidgeonhole him in one specific role. It seemed every hat he wore in the game fit well, he noted.

“A lot of the stuff he did was quietly behind the scenes,” remarked Rowbotham. “He may have started in one position, but as it evolved he was just everywhere.”

A prominent member of Burnaby’s lacrosse circle – although a number of communities could also claim him as their own – Gill was introduced to the sport at the age of eight when he joined some friends playing an outdoor game at Burnaby’s Confederation Park.

He soon showed a proclivity for scoring, and would become a prominent player with the Norburn junior team in 1961 that advanced to the Minto Cup, falling to the Hastings Legionnaires in the final.

The Norburns proceeded to join the Inter-City Lacrosse League, which would become the Western Lacrosse Association, but only lasted one year before folding. As a senior A rookie, Gill accumulated 19 goals and 16 assists over 31 games, then would play for Victoria, Vancouver and Coquitlam, with one other season in Burnaby in 1968, before retiring from the sport in 1969.

While he hung up the stick, Gill continued in the sport but this time as a tireless volunteer, serving as coach and general manager of the Burnaby junior team from 1970 to ’72, then Burnaby’s senior B squad from 1972 to ’76. He would follow that by taking on the Coquitlam Adanacs’ general manager role, with occasional coaching stints, from 1977 to ’86. On top of all that, he also spearheaded masters lacrosse in B.C.

“He was one of those rare guys who just go where they’re required. Sohen was involved at the coaching level, the managing level, then the executive level. He’d take on a role for (B.C. Lacrosse), for the league. … He’d take on a job and just end up work the whole ladder,” said Rowbotham.

A veteran Vancouver firefighter, Gill agreed to accept the position of commissioner of the WLA in 1987, overseeing the board of governors of the senior A circuit. Barely into that position, the Vancouver Fire Department lieutenant suffered severe burns to his hands, legs and face after falling through the roof of a burning building at a restaurant fire. Following a harrowing rescue, he spent weeks in ICU and months recuperating, but was drawn back to lacrosse to help as an assistant coach to his son Chris’ junior A team in Coquitlam in 1990.

Named the 1992 Vancouver Firefighter of the Year, Gill would retire after 30 years of service.

A decade ago, he received a kidney transplant, with his son Chris being the donor, after being told that his kidneys were failing.

Upon Gill’s retirement from the fire department, any free time that wasn’t devoted to family soon was scheduled for his various passions of lacrosse and horseracing.

He was one of the primary leaders for the Burrards organization after the team relocated to Maple Ridge from Surrey, serving as coach, general manager and executive over nearly 10 seasons.

“It was a case of him being one of the leaders to move it out of Surrey, along with my dad,” Daren Fridge recalled of the franchise move. “It was a package and they (Ted Fridge and Gill) were happy to start building it in Maple Ridge.”

Having known him since a young age, and later as a teammate of Chris’, the younger Fridge absorbed many of the stories and thoughts that Gill would share.

“My memories of him go back close to 40 years, back when I was the stickboy or waterboy for the Burrards,” he recalled. “He was part of the Nations ’80 team (the first world box lacrosse champions) and he could tell stories. I was forever a big fan.”

Later, while playing for the Burrards, Fridge got to see a bit of Gill’s other interest – horseracing – as the GM would talk about his latest hot tip.

“I remember some of us players saw (Gill) heading out to the track but he first asked us if we wanted to get in on his tip on a horse. I seem to recall the horse won and he came through. He was pretty happy to share the winnings,” Fridge said.

Gill would serve as WLA commissioner again in 2002, and receive numerous honours over the years, including Canadian Lacrosse Association’s Lester B. Pearson Award in 2007, and induction into both the Burnaby and B.C. sports hall of fames, in 2008 and 2009, respectively. Up until a few years ago, he was the longtime president of the B.C. Lacrosse Association.

“He had a lot of stories and he knew everybody coast to coast,” Dal Monte said. “He was always the guy who had the info and would always close our (phone) calls with ‘Call me anytime.’ For me, his legacy is his giving back to the game. Sohen was always about growing the game.”

And while Rowbotham sat across from Gill during those Burrard days as rivals, the former Burnaby Laker general manager said their friendship never suffered.

“Those years we were sort of working the same game but on opposite sides,” recalled Rowbotham. “Just like when he was commissioner, we didn’t always agree. But then he had seven teams to handle and yu knew not everyone was going to be happy.”

A celebration of life is planned for Wed., Dec. 18 at the Burnaby Firefighters Hall, beginning at 1 p.m.