Even people who hate the sport are likely wishing to hear the seasonal call of ‘Play ball!’ With the recent warm weather and season change to spring, players and fans of baseball are now facing the same fate as those of every other sport, hobby, stud
Mar 25, 2020 1:21 PM By: Dan Olson 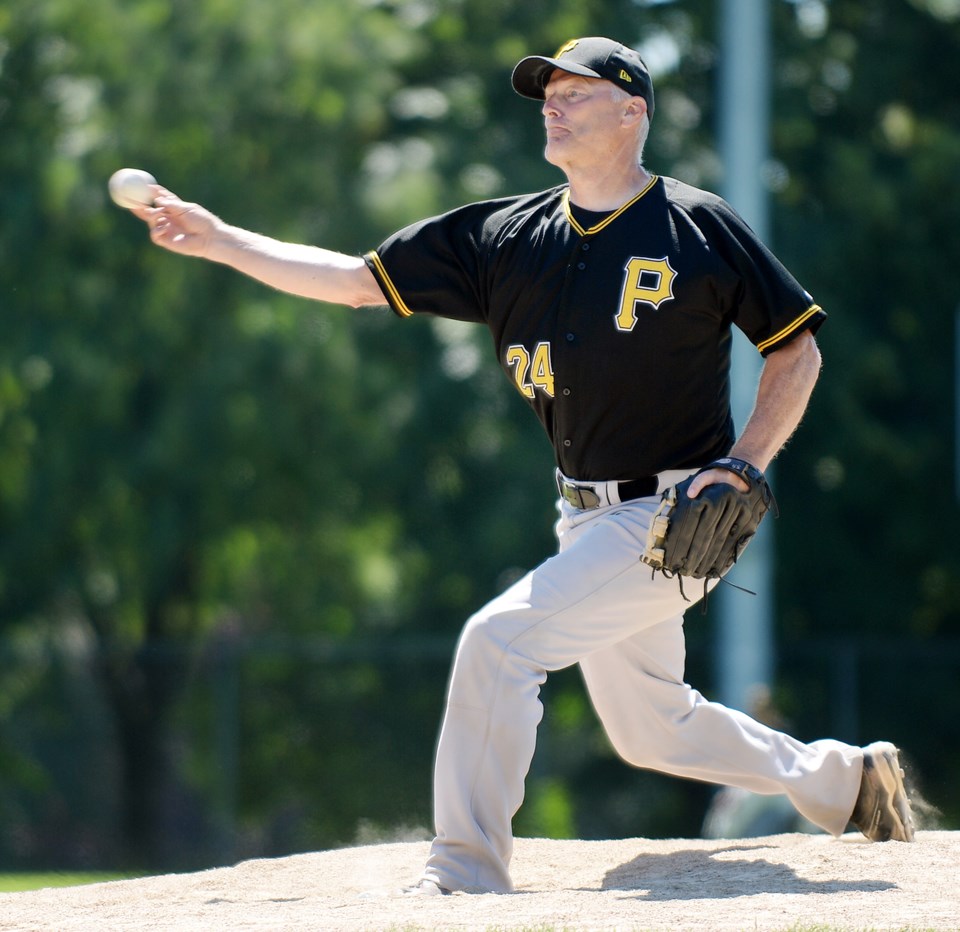 There may be no crying in baseball, but like every other event and activity, there's waiting while the public self-isolates with an aim to quash the COVID-19 pandemic. The Lower Mainland Baseball League, which includes 700 players on 38 teams, awaits the sign from B.C. health officials on when it can start the 2020 season.Jennifer Gauthier

Even people who hate the sport are likely wishing to hear the seasonal call of ‘Play ball!’

With the recent warm weather and season change to spring, players and fans of baseball are now facing the same fate as those of every other sport, hobby, student and so many businesses due to the COVID-19 virus.

The Lower Mainland Baseball Association, which oversees 38 teams over four leagues for 18-and older players, announced Monday that all events, games and meetings are cancelled as it encourages its members to remain safe.

Among the scrapped events was a league meeting slated for Saturday.

Lower Mainland Baseball League commissioner Dan Taylor said the public health concerns trump sports, but has mapped out some possible scenarios for when the health scare abates and regular activities can return.

“I’m hoping it isn’t too long. I’ve got about 700 guys who are itching to play,” said Taylor. “We’re not anticipating starting the season any time soon, but I’ve sort of set a date in my head for the Victoria Day (May 16 to 18) weekend, and hopefully start a short-season schedule then.”

His 38 teams, which compete in 18-plus, 30-plus and 45-plus divisions, would have to play an abbreviated schedule. In past seasons the teams play 16-game schedules, plus playoffs.

“Basically, we’re just in a great big holding pattern, like everybody else.”

Taylor notes his league is also dependent upon what the region’s minor baseball associations can do, since most of the men’s league field access relies on what is available after the kids' need are fulfilled.

“We share all the same diamonds as the minor associations,” he noted. “Most parks are allocated (municipally) for the minor organizations, because the kids come first, as it should be. Over our 26 years we’ve built up a lot of goodwill so I’m confident that we can work together.”

The league has kept the registration system open, and has advised teams that have not yet paid their registration fees to hold on until an opening day is determined.

“LMBA is instructing all teams not to practice until parks have been re-opened – per instructions from Baseball BC and all Lower Mainland municipalities. We are optimistic that we will get in some baseball time in 2020 and will keep everyone updated,” a notice posted on the LMBL website.

While the three different divisions are full with teams, one squad that has competed over the past two seasons – the B.C. Badgers, a female team composed of provincial and national-level players – won’t be returning due to scheduling conflicts.

Taylor said it was a great experience having the Badgers compete in the over-45 division, where they received steady competition in preparing for the women’s national team responsibilities. Unfortunately, because their roster includes players from Vancouver Island and right through to the Fraser Valley, it was difficult for the Badgers to be available for early weekend games. They ended up forfeiting some contests due to travel difficulties, he said.

“The schedule just didn’t mesh well with them,” said Taylor. “I’ve followed the female program for a while and you can see how much it’s improved over time, here in B.C. but also across Canada.

“We told the national level players that they could come out and tryout for any team in our league.”

He said the Badgers have decided to join the Vancouver Recreational Baseball League, which operates out of Burnaby’s Central Park and New West’s Queen’s Park.