The Lower Mainland’s newest hockey league is heading into its first winter season and wants your team to join its ranks. 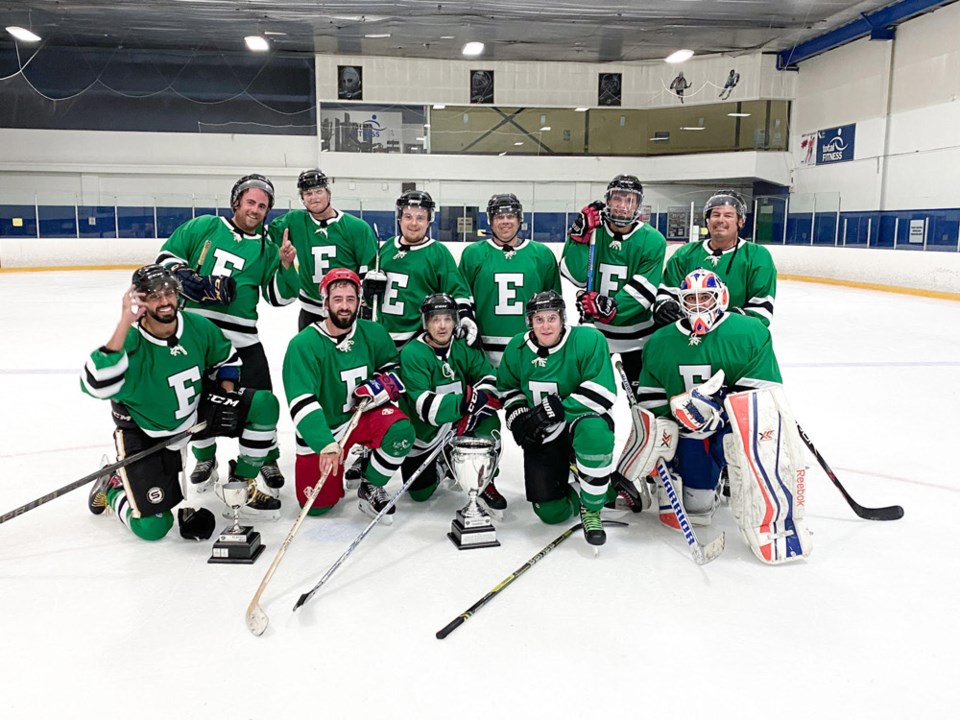 The Insiders Hockey League is open to players of all skill levels, who crave great competition, fun, and teamwork.supplied

The Lower Mainland’s newest hockey league is heading into its first winter season and wants your team to join its ranks. Dreamed up by Klara Bemister, the Insiders Hockey League was designed to cater to players of all skill levels who crave great competition, fun, and teamwork in ice hockey. Based at Langley Sportsplex, Klara Bemister is now eyeing a second playing location closer to the city, and aims to attract players and teams jostling for a change of scenery.

Insiders Hockey League is a venture by Klara and husband Ian Bemister. He’s got over 12 years’ experience in managing successful hockey teams and she has her master’s degree in Sports Management. Together, they handle the logistics behind the growing league that’s gained over 180 players since launching at summer’s start.

Now they’re looking to attract representative-run teams who may feel their existing league doesn’t provide a challenge suited to their team’s skill level. It’s evenly matched skill levels that make games fun and rewarding to play, and that’s why Insiders Hockey League is so keen to be skills-driven when matching teams with opponents for games.

Hockey is indisputably Canada’s favourite major sport. It’s loved because it’s the fastest human-powered sport on the planet, but it’s also highly competitive, and a whole lot of fun, when the right major league teams face off against each other.

Recreationally, that thrill has traditionally been harder to achieve. Teams often are stuck in a rink’s only available slot for a team, and that can result in lopsided games where opposing players’ skill levels are all over the ice.

That’s why Klara hatched the idea of creating a league that would change team standings on the fly, much like the game’s “on the fly” playing style. By keeping an eye on every game played, they could stay informed and make sure gameplay is adjusted for skill levels regularly. After all, league standings and game scores only tell part of the story.

By watching players on the ice, Insider Hockey League managers – Ian, mostly – can tell who’s great at playing smart shifts, who’s holding back on the ice so the other team isn’t blown out, who’s rocking the defense or hurting on offense, and so much more. All those factors don’t just affect who wins the game – it affects how much fun teams have when playing.

That’s why the Insiders Hockey League is keen to make their players feel like they’re getting a big bang for their buck. While other leagues assign teamplay based on ice availability, the Bemisters and INHL are aiming for competitiveness and thrilling gameplay, no matter what level players are at.

Imagine two beginner level teams facing off. For other teams who may be watching, neither of those “beginner” teams pose much challenge to them, but all that matters is that the two teams on the ice feel like there’s a great game ahead of them.

The old cliché is true, it’s not really about whether you win or lose, but how you play the game – and if you’re not playing against people who challenge you but give you achievable opportunities, are you getting the most out of the experience? The Bemisters don’t think so, and that’s why the Insiders Hockey League is all about fun, competitive ice hockey for all skill levels.

As much as fun, competition, and exercise might be part of people’s motivations in joining an amateur hockey league, it’s also about teamwork. Real life gets complicated, and sometimes, the thrill of being on a team, working hard together, and overcoming challenges can be its own reward.

When they started the Insiders Hockey League, that was part of Ian and Klara’s dream – giving players the opportunity to play games, day in and day out, that are close and challenging, but which they know they can win if they play well and work hard together. Winning a closely matched game means listening to teammates, using strategy, playing unselfishly, and never giving up.

Klara and Ian hope others share that dream of close, competitive, winnable games every time they’re on the ice. If that’s a team’s dream, then INHL is where that dream comes true.