Pan Am bronze debut for Adagio

There were bright lights, a big city and a very formidable competition. At their first Pan Am championships, the junior group from Adagio Rhythmic Academy took it all in and returned home last week with a bronze medal.
Oct 26, 2017 2:39 PM By: Dan Olson 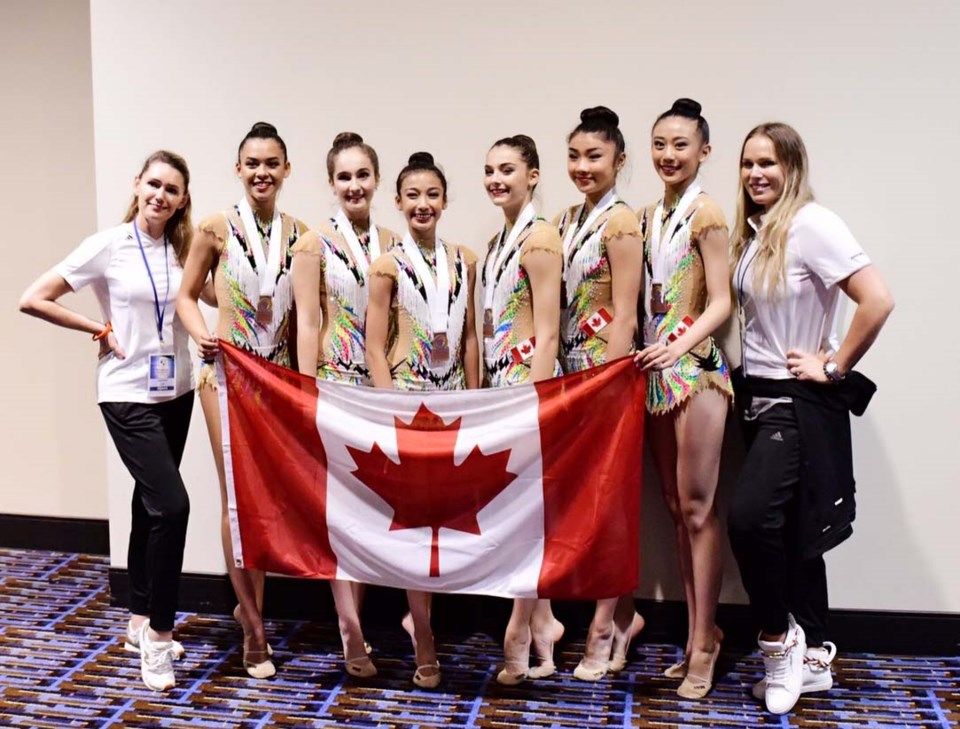 There were bright lights, a big city and a very formidable competition.

At their first Pan Am championships, the junior group from Adagio Rhythmic Academy took it all in and returned home last week with a bronze medal.

To return with some well-earned hardware after delivering a sparkling all-around final routine was, needless to say, a major highlight, said Adagio head coach Megan Magid.

“I certainly didn’t project this when they first came together,” Magid said of their Pan Am success. “I don’t like to give my groups false promises, and it’s hard in a subjective sport like (rhythmic). What they achieved was incredible and all due to their work together.”

The 14- and 15-year-olds, coached by Magid and Ashley Lonsdale, earned the right to represent Canada at the Daytona Beach, Florida competition by topping the Canadian nationals last May in Edmonton.

That result steeled their resolve and gave them a small test of what an international meet would be like.

“They finished a lot of events (over the year) in second place,” recalled Magid. “They were close but not certain how they’d fare (at the nationals). But they were very good and won the national group title by four points.

“We were definitely the best group there. ... It was thrilling for the girls, and it gave them lots of confidence.”

It translated well at the Pan Ams, where they got to wear their Canadian uniforms and meet competition from Mexico, Argentina, Chile, Venezuela, Brazil and the U.S.

In fourth after the all-around, the group put it together for the finals and rose to third place in clubs to garner bronze for Canada. That set them up for the final, where they put it all together with their best showing yet, placing third overall.

At the nationals, three members – Cho-Siksik, Lugonjic and Moreno – earned spots to next February’s Elite Canada meet, where positions on the national team will be up for grabs.

With the season officially over, the group prepares for another transition, as Chung, Kovacevic and Moreno advance to the senior level.

It means three more athletes move up from the development side, and will train alongside Cho-Siksik, Lugonjic and Xie.

“They’ll get to share their experience with the three coming up, and knowing what it’s like and having been (to Pan Ams) gives you a little edge,” said Magid.

The Adagio Rhythmic Academy, operating in Vancouver for over 20 years, recently opened up a training centre on Canada Way.