A tough Lower Mainland final will provide some fuel for the fire as the Moscrop Panthers senior boys volleyball team enters this week’s provincial AAA championships in Langley.
Nov 29, 2018 9:25 PM By: Dan Olson 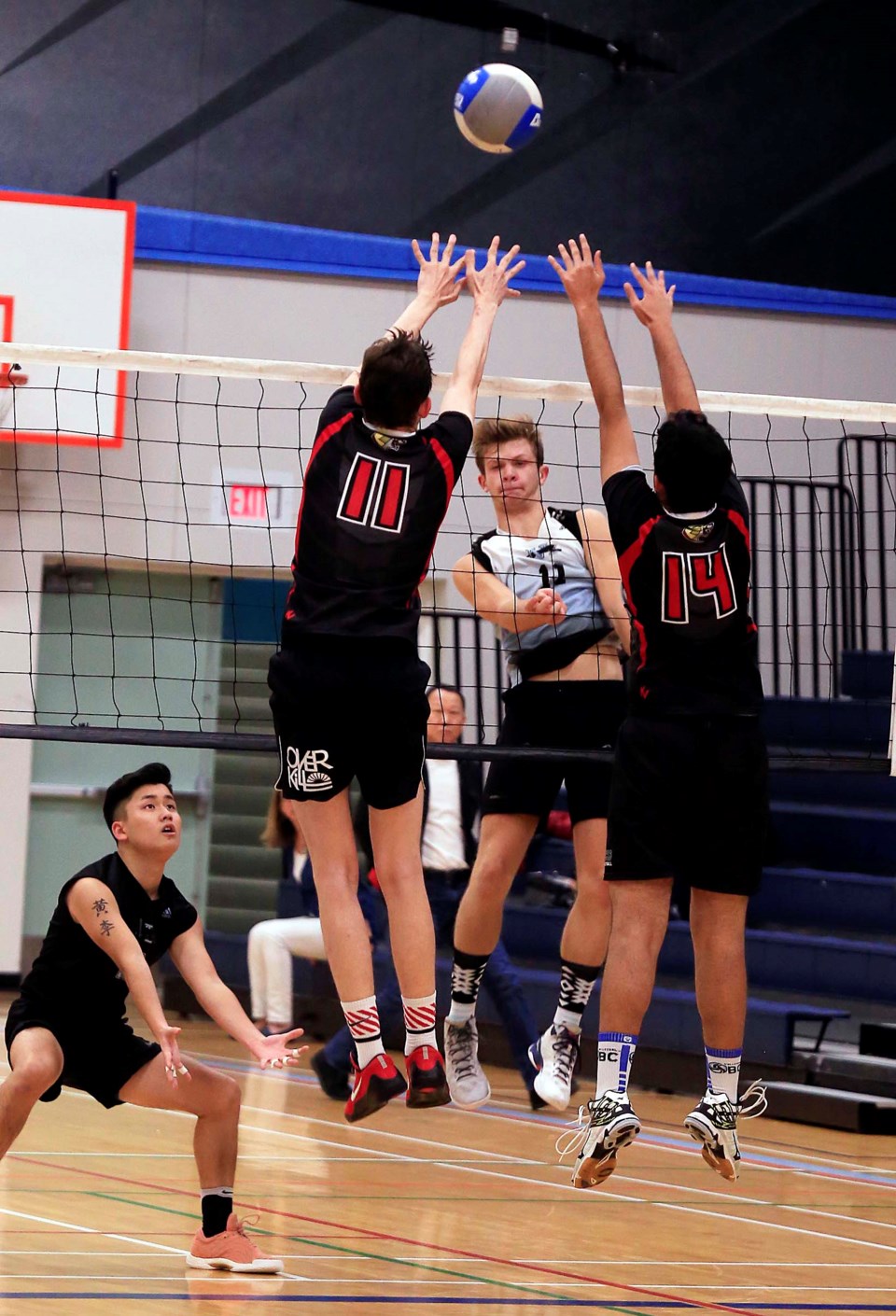 A tough Lower Mainland final will provide some fuel for the fire as the Moscrop Panthers senior boys volleyball team enters this week’s provincial AAA championships in Langley.

Along with a full week of practice and rehearsing, Moscrop is aiming to take last week’s loss in the zone final and use it in a pool where they are seeded fourth.

The Panthers, who rolled confidently through the Lower Mainland quarter- and semifinals, beating Eric Hamber and Argyle, were blanked 3-0 by the Van Tech Talismen 12 days ago.

It was a case of wear and tear of a long series and a tough opponent catching up to them.

“The final was a really tough night for us, we didn’t really have much going for us during the match and I thought Van Tech played great,” remarked Moscrop coach Jerry Yan. “They’re a talented squad filled with experienced club players and are well coached and I think they deserved the win that night.”

The pressure of a big final, and how to respond in that situation, is certainly something the team can improve on, he said.

“As the game carried on and points were not going our way, I think our guys started to lose hope and we were not playing anywhere close to our best. Tech was composed and played the game point by point and I think our guys were thinking too far ahead.”

Coming after the Burnaby squad had shut down Argyle 3-0, the result against the Talismen seemed an outlier but something that the players need to learn from.

“My biggest takeaway was understanding how our guys play under pressure,” he noted, “and how we respond when being in a deficit. Overall, many pieces of our game were lacking that night but I’m glad they had the opportunity to experience that kind of environment. I hope they all learned a thing or two because those chances don’t come often in life.”

They’ll get a chance to re-address that result first thing at the provincials, slotted in the same pool as their Lower Mainland finalists.

The provincials began Wednesday with Moscrop posting the third-best record in their grouping, which includes No. 1 ranked Earl Marriott, Van Tech and Claremont.

Burnaby’s other two teams, Burnaby Central and Burnaby South, were also in competition. The Wildcats registered the second-best record on Day 1 in their pool of Penticton, Elgin Park and Riverside. For the Rebels, the opening day was a successful one, seeing them emerge with the best record amongst Reynolds, Seaquam and Fleetwood Park. The playoff round continued Thursday, with the gold final slated for Saturday at 6 p.m. All action is at the Langley Events Centre.