The Pat Quinn Classic unveiled its annual player scholarship winners for 2018, with awards going to three individuals.
Apr 5, 2019 8:30 AM By: Burnaby Now 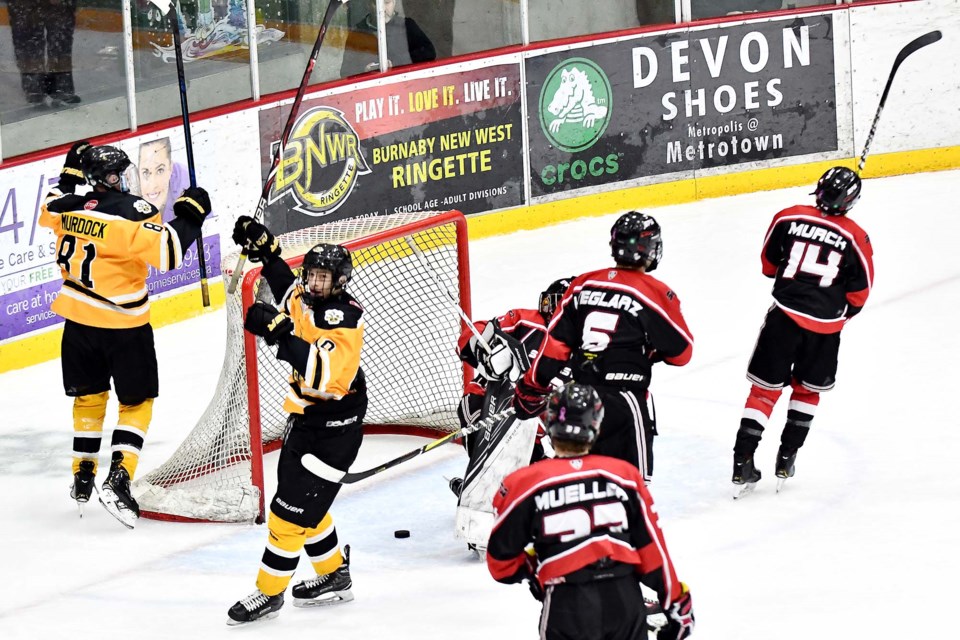 Members of the Burnaby Winter Club Academy's bantam prep team celebrate a goal during last December's Pat Quinn Classic. One of their teammates, defenceman Adam Leitch, was named one of three scholarship award recipients this past week.Jennifer Gauthier

The awards, which are provided by the Vancouver Canucks Alumni Association, go to players selected for demonstrated leadership on the ice, strong academic performance and who are committed to giving back to their communities.

The tournament received 32 applications for awards.

“We are so impressed with the exceptional calibre of scholarship applications from these young hockey players,” said Cliff Ronning, honourary chair of the Pat Quinn Classic. “In addition to exhibiting their strong skills on the ice, these scholarship recipients are great team players, excellent students and volunteers who make valuable contributions to their communities.”

“The Pat Quinn Classic has been providing a top-level tournament experience to young hockey players for the last four years,” said Kalli Quinn. “Now, with these scholarships, we are thrilled to offer an extra incentive for tournament participants to help them with their game and scholastic achievements. These recipients are fine players and leaders in their schools and communities. They are worthy examples of my father’s commitment to hockey and education.”

The Pat Quinn Classic is a Burnaby-based hockey tournament held each December, attracting teams from Western Canada and the United States. The 2018 edition featured 47 teams in four divisions.