Rebels get pre-season thumb's up

It’s not a premonition but a signal that others see the potential. The Burnaby South Rebels enter the senior boys basketball off-season as the No. 1-ranked team for the 2019-20 season, in a poll by varsityletters.ca.
Apr 4, 2019 5:35 PM By: Dan Olson 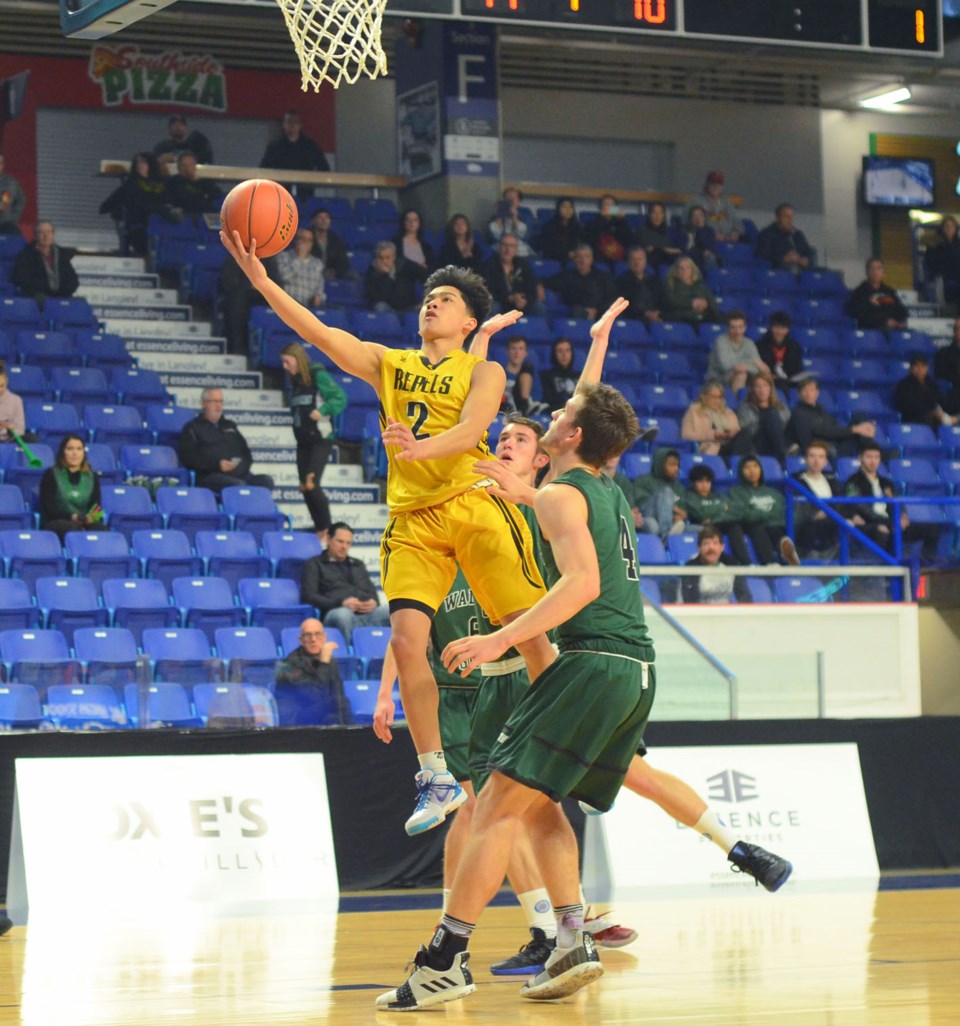 The Burnaby South Rebels are projected to be one of the top teams entering the 2019-20 high school 4-A senior boys basketball season, as chosen by www.varsityletters.ca. One of the leaders who'll set the tone is current Grade 10 guard Justin Sunga, shown above during last month's B.C. 4-A senior boys championships.Cornelia Naylor

It’s not a premonition but a signal that others see the potential.

The Burnaby South Rebels enter the senior boys basketball off-season as the No. 1-ranked team for the 2019-20 season, in a poll by varsityletters.ca.

Being positioned as the top seed in the shadow of one season ending is nothing new – last year the Rebels were also situated first, after winning the 2018 B.C. 4-A championship banner. Getting an early thumb's up is no guarantee for success. It is confirmation that the components are there to be a major force when the games get going again in late November.

Burnaby South coach Mike Bell is pleased to see his players get the early recognition and also sees the notification as an extra motivator in keeping the momentum going during the long off-season.

“It’s exciting and recognition for the guys we have coming back (next season),” remarked Bell. “We know what that pressure is like from last year, and I think it’s something that can be helpful in preparing for the season to come.”

Although Burnaby South fell short of defending its title, dropping a 75-64 decision to Lord Tweedsmuir in the semifinal and finishing third overall, the club’s foundation remains strong.

That’s due to a solid returning core, beginning with six-foot-10 centre Sasha Vujisic, who missed the team’s final two games after suffering an injury in the quarterfinals.

The projected lineup also runs out all-star Grade 10 Justin Sunga, a dynamic guard with one year of senior already under his belt, as well as fellow guard Matthew Pineda and junior standouts Karan Aujla and Jareb Pineda, who were big parts of a B.C. junior championship in February.

Throw in guard Emir Krupic, who was ruled ineligible for the 2018 season after returning to the school in January after schooling in Washington State, and you have the nucleus that will build big expectations in the coming months.

Despite losing elite contributors like guards Kyle Kirmaci, Jiordano Khan and Baltej Sohal and six-foot-eight Aidan Wilson, the program is not shying away from the weight of others’ gaze.

“We want to keep building on what we’ve done the past three years,” said Bell. “It’s kind of helped us as we’ve set high standards and players have risen to be a part of it.”

Bell says that the club will be applying to have Krupic reinstated to play at the beginning of the 2019-20 season and is already kicking off spring league action this week.

“It’s kind of a trend now, you want to keep that energy going and not let the guys get too away from those good training habits.”

The 3-A Byrne Creek Bulldogs were also on www.varsityletters.ca's radar, as the squad was listed eighth in the pre-season poll.

Coming off a 10th-place result in the March tourney, the Bulldogs will be going through a transition, losing established leaders like Bithow Wan, Sufi Ahmed and Chidubem Nkoloagu. Expected to take the next step and assuming bigger responsibilities next season are Grade 9 Bobby Mabeny, Grade 10 Mukhtar Afadish and Grade 11 Adam Mohammad.