The positive reviews continue to flow about the Burnaby South Rebels girls basketball program. In back-to-back tournaments hosted by the school, the Rebels witnessed both their senior and junior squads place second overall.
Jan 24, 2020 10:01 AM By: Burnaby Now 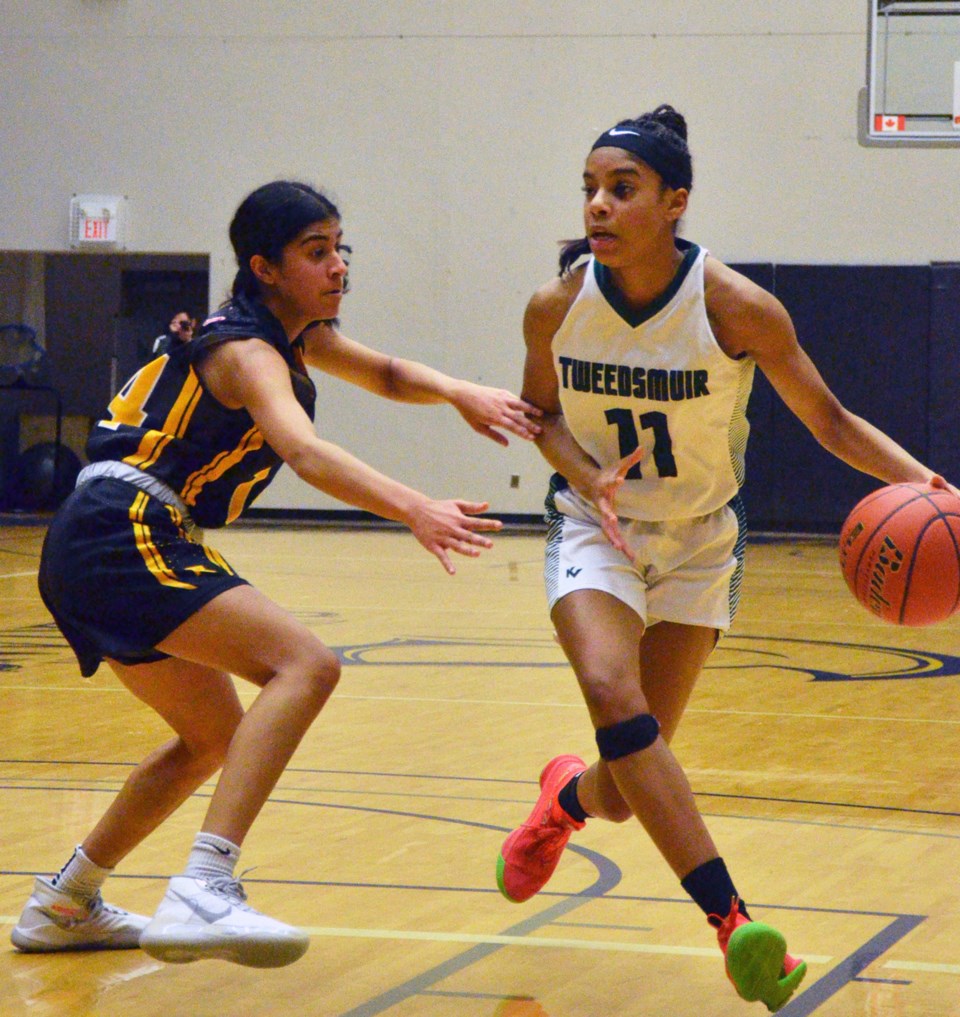 The Burnaby South Rebels junior and senior girls basketball teams took turns hosting tournaments over the past 10 days, with both squads getting to the finals.Gary Ahuja/LEC

In back-to-back tournaments hosted by the school, the Rebels witnessed both their senior and junior squads place second overall.

This week's tourney was a chance for junior girls to shine, with Burnaby South marching all the way to the final.

Although Seycove captured the Rebels Classic junior girls title, winning 49-38, they had a battle on their hands.

At halftime, the North Van school held a slim four-point lead in a 26-22 game, where Rebels' offence was led by Kailey Cheung and Cassandra Cabillian, who accounted for 21 of the team's 22 points at that point.

After three quarters, Burnaby South had reduced the margin to just two points, but Seycove got some separation in the final frame.

Seycove's Chloe Bradshaw was named the MVP. Earning positions on the all-star team were the Rebels' Sophie Quilatan and Cheung, while Cabillian was selected the tourney's Top Defender.

The route to the final for Burnaby South included a semifinal showdown with Walnut Grove, which the hosts won 40-37. The Rebels had to overcome a 10-point deficit in the final quarter to advance to the final.

Quilatan, with 12 points, was named the Player of the Game.

The Burnaby squad launched the tourney with a 71-13 victory over Enver Creek, getting 23 points from Cheung. They followed that with a 56-16 win over Fraser Academy, led by Vashti Sarmiento's nine points.

Other district highlights from the tourney included Burnaby North Vikings securing a 37-35 win over Enver Creek, with Kaitlin Robson scoring 11 points to earn the Player of the Game.

Burnaby Mountain, meanwhlie, picked up a 54-14 decision over Carson Graham on Day 2. Erika Freiman counted 25 points in the win.

Burnaby South had entered the tourney on a bounce from the STM jr. girls Chancellor tournament, where they won their final game 44-43 over league rival New West.

When it all cleared, the Rebels pushed Argyle right to the end before falling 58-48 in the final.

The teams were tied at both halftime and third quarter marks, before the North Van school pulled away in the last eight minutes.

Drawing spots on the all-star team were Awek Deng and Laini Glover.

In the semifinal, Burnaby South defeated Handsworth 57-54, breaking a 38-38 deadlock after three quarters. Glover was named Player of the Game after scoring 16 points.