Rebels repel No. 1 Cents at Snowball

A week can seem like a lifetime for your typical teen. But for the Burnaby Rebels boys basketball team, it was a quick lesson on resilience and reciprocation.
Jan 21, 2020 3:16 PM By: Dan Olson 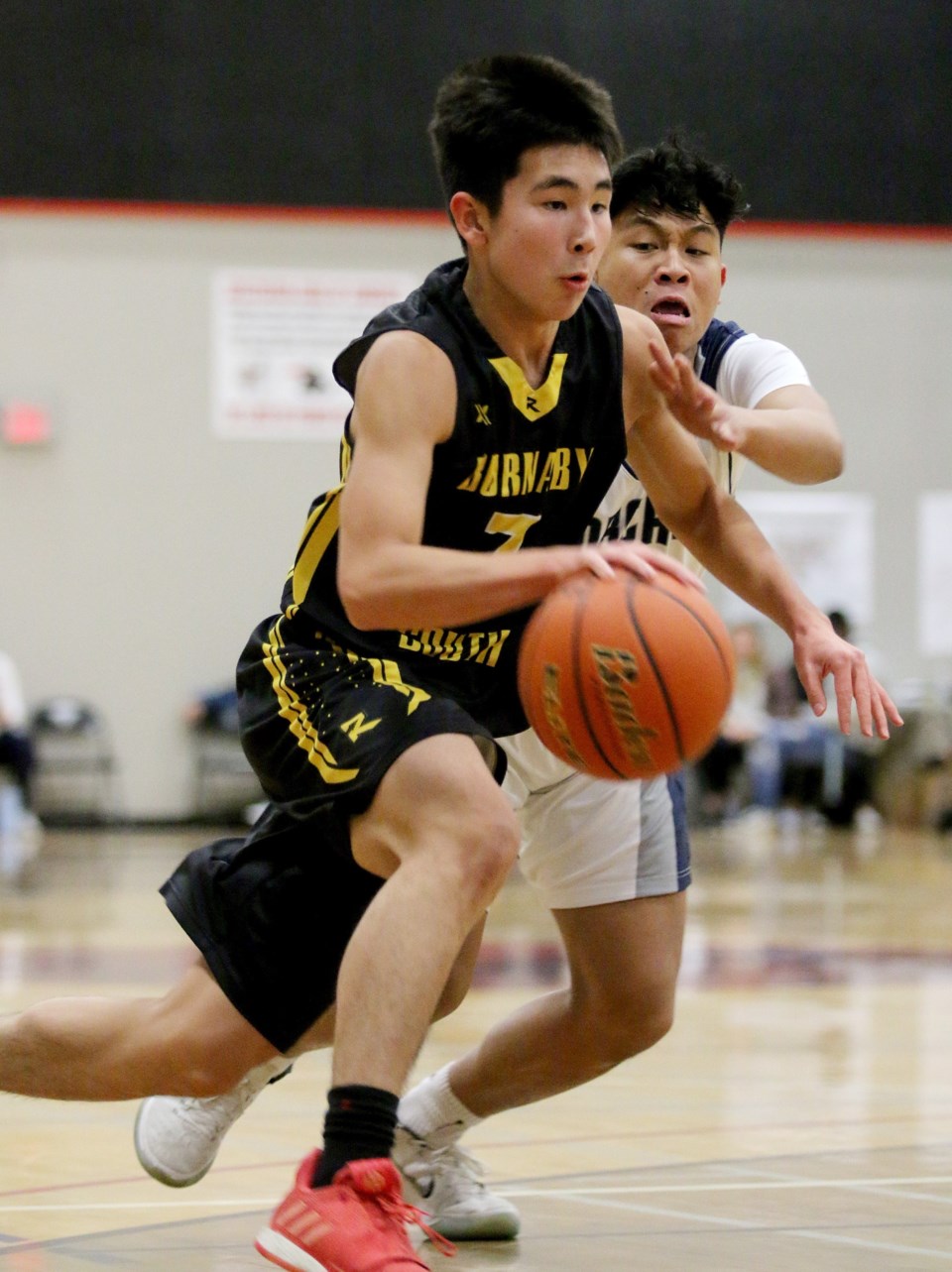 Burnaby South's Jimmy Zaborniak, shown breaking for open floor during a game at the Terry Fox Legal Beagle, counted 17 points against Centennial in the Rebels' revenge-win over the No. 1-ranked team.Mario Bartel/TriCity News

A week can seem like a lifetime for your typical teen.

But for the Burnaby Rebels boys basketball team, it was a quick lesson on resilience and reciprocation.

Although they didn't exit the Abbotsford Snowball Invitational tournament last week as champions, they did what they came to do against their B.C. rivals.

Falling 75-69 in Saturday's championship final to the touring Rolling Hills, California team may have left Burnaby with a sour taste, but if anything it should be taken as another strong indication as to how the season's progressed, head coach Mike Bell said.

"We held our own against a team that was beating some very good teams rather convincingly," said Bell, noting how Rolling Hills stopped 3-A ranked Sir Charles Tupper by 60 points and 4-A's No. 3-rated Kelowna Owls by 54 points.

It also can't take away from the decisive response the Rebels had in the semifinal to the No. 1-ranked Centennial Centaurs, who they rousted 80-63 in a rematch of the previous week's Terry Fox Legal Beagle final.

That win demonstrated what a difference a week can make, as they avenged a 66-60 loss.

Unlike their first meeting a week ago, Burnaby South's defence contained the Coquitlam squad's attack and did a stellar job of slowing down Dominic Parolin's support. While the Cents' six-foot-nine post still cashed in 20 points, the Rebels limited his main playmakers Leif Skelding and Paul Didenko to a combined seven points.

At the other end, Burnaby South's multiple shooters opened a lead after a deadlocked first quarter, going ahead by 11 at halftime and increasing it to 20 points with 10 minutes to play.

"We got on a bit of a run and this time we kept it going for the most part," said Bell. "We also mixed up our defence a bit better. The last game (against Centennial) I was kind of upset at myself for sticking to one (defensive) scheme for so long."

That put them into the final against Rolling Hills, a prep program from California that had a deserved reputation for being well prepared.

"Their coach is known for having a good scouting book on the teams they played, and I told our players to be ready. In the first quarter (Rolling Hills coach) called one of our plays and the guys looked at me -- 'I told you.'

"We were prepared too because we saw some film on them. ... We led pretty much the whole game and then Sasha (Vujisic) got called for some moving screen fouls, and (Sunga) got hurt. ... We held them to 41 points after three quarters and then they scored 34 (n the fourth quarter)."

The Rebels were up by seven points with 10 minutes to play before the wheels fell off.

Sunga topped the team with 17 points, while Vujisic deposited 16. Both would be named to the Snowball all-star team.

They began the Abbotsford tourney by blasting W.J. Mouat 107-44.

Burnaby South turns its attention to league play going forward, with three games lined up next week, including Monday against Burnaby North and Wednesday when they host Byrne Creek.