The lessons absorbed from a tough debut in the United Soccer League's Premier Development League didn't go to waste on the Burnaby-based TSS Rovers.
May 14, 2018 1:24 PM By: Dan Olson 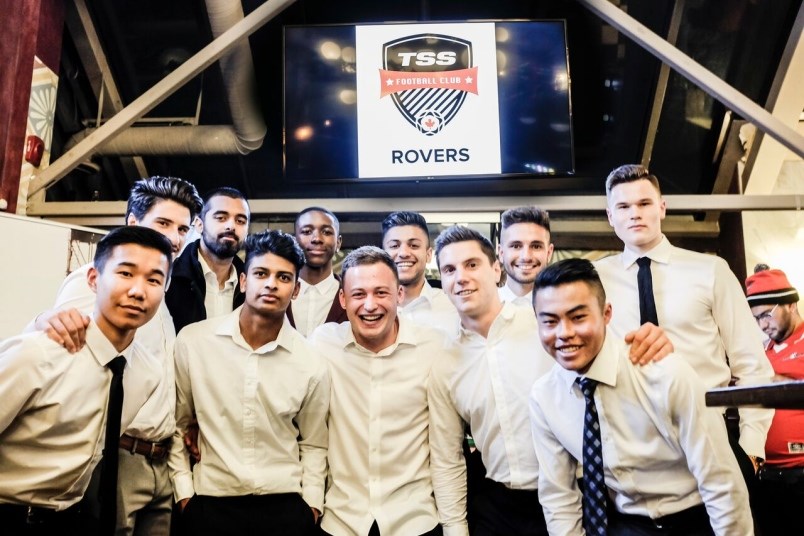 Last year's debut in the United Soccer League's Premier Development League was a school of hard knocks for the TSS Rovers, so the eight returning players from that roster will bring scars and knowledge in which to help lead this year's crew. The Rovers launch the regular season tonight (Monday) against Lane United at Swangard Stadium (7 p.m.).NOW file

The lessons absorbed from a tough debut in the United Soccer League's Premier Development League didn't go to waste on the Burnaby-based TSS Rovers.

As coach/general manager and man-about-town Will Cromack calls it, the baptism of fire was a perfect learning ground.

This year, the Rovers aim to teach a few lessons of their own.

"We are trying to push our boys because we promised when we started (the team) to develop Canadian players for the next level," said Cromack. "Last year we had a lot of tough knocks go our way."

In last year's opening game, the Rovers shocked host Calgary by counting three quick goals but watched as the Foothills rivals respond with four to win the day. Adding insult to injury was an after-game penalty slapped against TSS for using an ineligible player, putting them minus-three in the points parade.

Injuries and an accumulation of other issues piled on to make it a harrowing experience in many ways.

But Cromack and the squad did establish some important blocks that can be built on in 2018 -- mostly by continuing to set a winning tone at home. In the comfy confines of Swangard, the Rovers won four times, tied three and only lost once. The club unearthed foundational players like goalkeeper Andrew Hicks, voted the team's MVP, striker Daniel Davidson, who tallied five goals in 10 games, and talented Zach Verhoven. Young midfielder and the Great Northwest Athletic Conference's rookie of the year as a member of SFU, Matteo Polisi, garnered valuable experience. Older brother Marcello, a standout defender with SFU as the GNAC's player of the year, was hobbled by injuries and missed much of the season, so better health for him would mean a big boost.

Cormack said the team expectations are rising, with the understanding that being in perhaps the toughest PDL division won't make progress easy.

"We were decent but we didn't get one point on the road (last year)," he remarked. "We rolled up our sleeves and have added more speed and come in as a fitter club. I think we're cautiously optimistic, but no one is going to make it easy for us."

Just as they took some solace with their season-ending 3-2 win over the Seattle under-23 Sounders, TSS wants to establish a strong tone to begin Year Two. Having those reference points and scars from last year will mean a lot, Cormack said. Key will be if last year's leaders don't need to carry the ball and bear the weight as much as was required in the first season.

"(Davidson) scores goals, and you can't replace that. With the way (Hicks) played, our fans and supporters had his back. He was our talisman."

After tonight's (Monday) game, TSS will entertain the Portland u23 Timbers on Friday (May 18, 7 p.m.) before heading out on the road for games in Seattle and Victoria.

The squad plays all its home games at Swangard Stadium.