Sisters team up for first victory 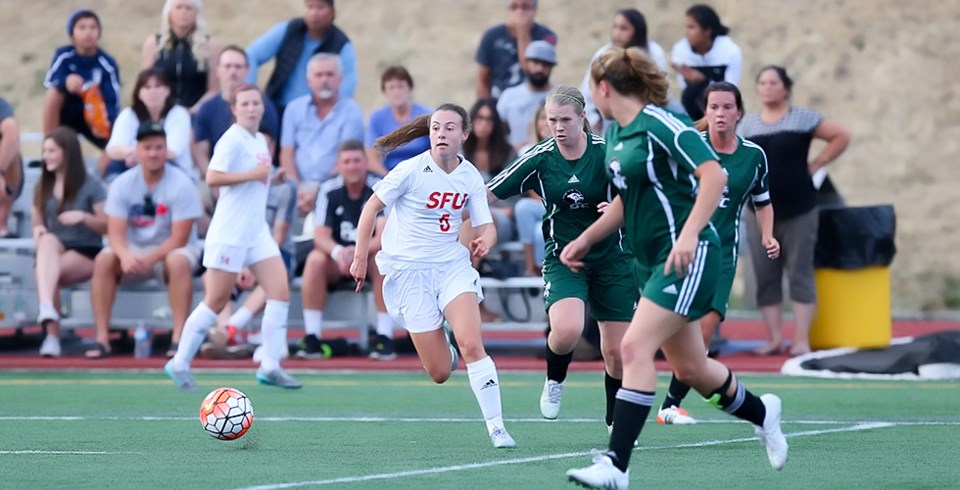 Christina opened the scoring with a shot to the top corner on a setup from her sister in the 14th minute.

Christina also got the game winner 20 minutes into the second half off a long cross into the penalty area by Clan defender Mikela Fong.

The Burnaby North Secondary grad took the ball at her feet and fired the winner into the bottom right corner of the goal.

Allyson’s goal came in the 89th minute of the game, when she directed a ball into the net off a 30-yard free kick by Teagan Rae Sorokan.

Simon Fraser will travel to Hawaii, where it will play a pair of games before returning to open its Great Northwest conference season on the road at Seattle Pacific on Sept. 19.