At the start of the season, everyone’s eager to get in the game. That goes double for a first-year coach. The Burnaby North Vikings will launch the 2019/20 senior boys basketball season tonight when they host league rival New Westminster (7 p.m.
Dec 10, 2019 1:34 PM By: Dan Olson 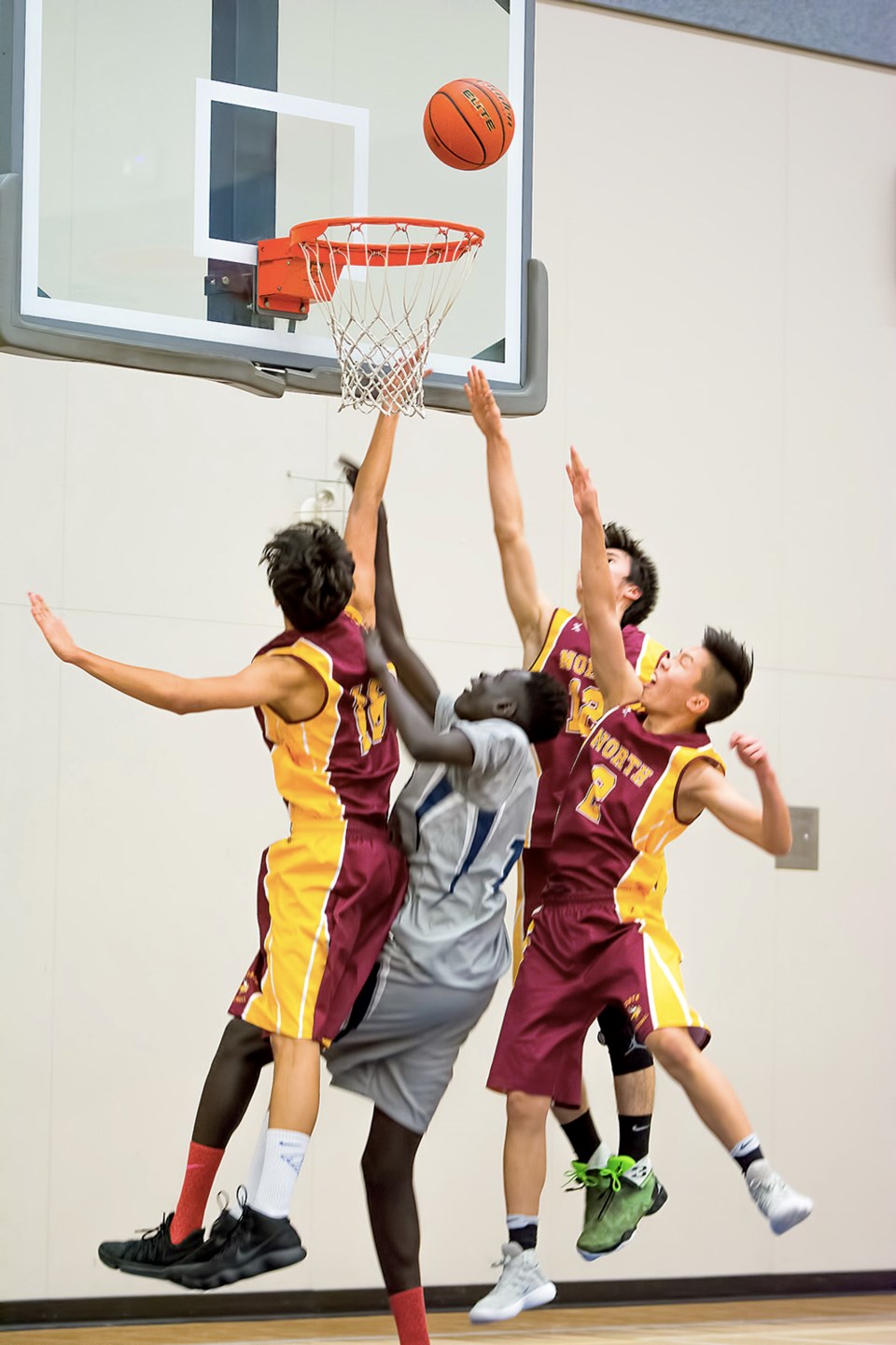 The Burnaby North Vikings begin league play tonight when they host New Westminster. The team, with a first-year coach, is looking to build towards a playoff spot as the season unfolds.NOW file

At the start of the season, everyone’s eager to get in the game.

That goes double for a first-year coach.

The Burnaby North Vikings will launch the 2019/20 senior boys basketball season tonight when they host league rival New Westminster (7 p.m. tip-off), looking to get a victory.

For head coach Charles Kwon, even with four exhibition games under their belts it’s a whole different ball game when you get to league play.

“I had some butterflies before (the Big Ticket tournament opener), I won’t lie,” said Kwon, who has taken on the coaching job this year. “The competition has been pretty good and we’ve played a top-10 (ranked 2-A) team already. Because I was away we didn’t have a lot of practice time, but I think we’ve gotten better every time out.”

Progress is what every coach wants to see, and Kwon envisions a lot of room for growth with his Grade 12-heavy roster.

Coming off Monday’s 78-71 loss to Port Moody, the Vikings have been putting in the work, Kwon said, so it’s just a matter of time.

It came on the heels of two games at the Big Ticket tourney in November, where they defeated 98-50 by ranked St. Patrick’s and 83-65 by Earl Marriott.

“We’ve been playing well and working hard, and the guys are involved,” said Kwon, who is joined on the bench by younger brother Paul – both North alumni. “Our goal is to have fun and learn a bit.”

A ’99 grad, Kwon was talking with his brother about a means to pay it forward to the people who made his high school life, and basketball, an enjoyable period.

“We were talking about how to give back to Burnaby North and we thought maybe we could give back by coaching,” he recalled. “I talked with (athletic director Jennifer Oatway) and she said there was an opening to coach the senior team, so that’s what we stepped in to do.”

Last year’s squad finished mid-pack at 3-4, and this year won’t be a walk in the park, either. The Burnaby South Rebels began the season as the top-rated 4-A squad in the province, while Byrne Creek was a top-10 pick in 3-A. The Vikings, who are also a 4-A program, will look to use a well-rounded, deep bench to emerge from a crowded group of mid-tier teams.

“We’ve got a little of everything,” noted Kwon. “Everyone can run, can shoot but it’s the little things we have to work on, like turnovers, the timing and pick-and-roll moves. All these things can get better in practice.”

While Esquivel is both the on-floor leader and team captain, the Kwons have chosen Arsh Nagra, one of the support players that come off the bench, as the assistant captain.

“He’s a big man, very vocal and always trying to keep everyone up,” said the coach. “He’s got size and determination. … (Esquivel) is our star player, but we’ve got a good starting core.
Among those who will be banging the boards – despite the lack of a true centre – are six-foot-four seniors Dante Beciaris and Jason Sawyer.

But to get the most out of this year, it will require everyone working together and willing to learn and listen.

“That’s all we ask for – stick together and come out to play,” said Kwon. “Have fun. We can gel together and play for each other.”

The Vikings also visit Burnaby Mountain on Wednesday, before heading to Coquitlam next week to compete in the Pinetree Xmas Classic tournament.