Getting off to a strong start was one of the goals for members of the Moscrop Panthers. Having not fielded a team in the Burnaby-New West senior boys league last year, the squad wanted to set a tone for the short sprint that is high school soccer.
Oct 3, 2019 2:25 PM By: Dan Olson 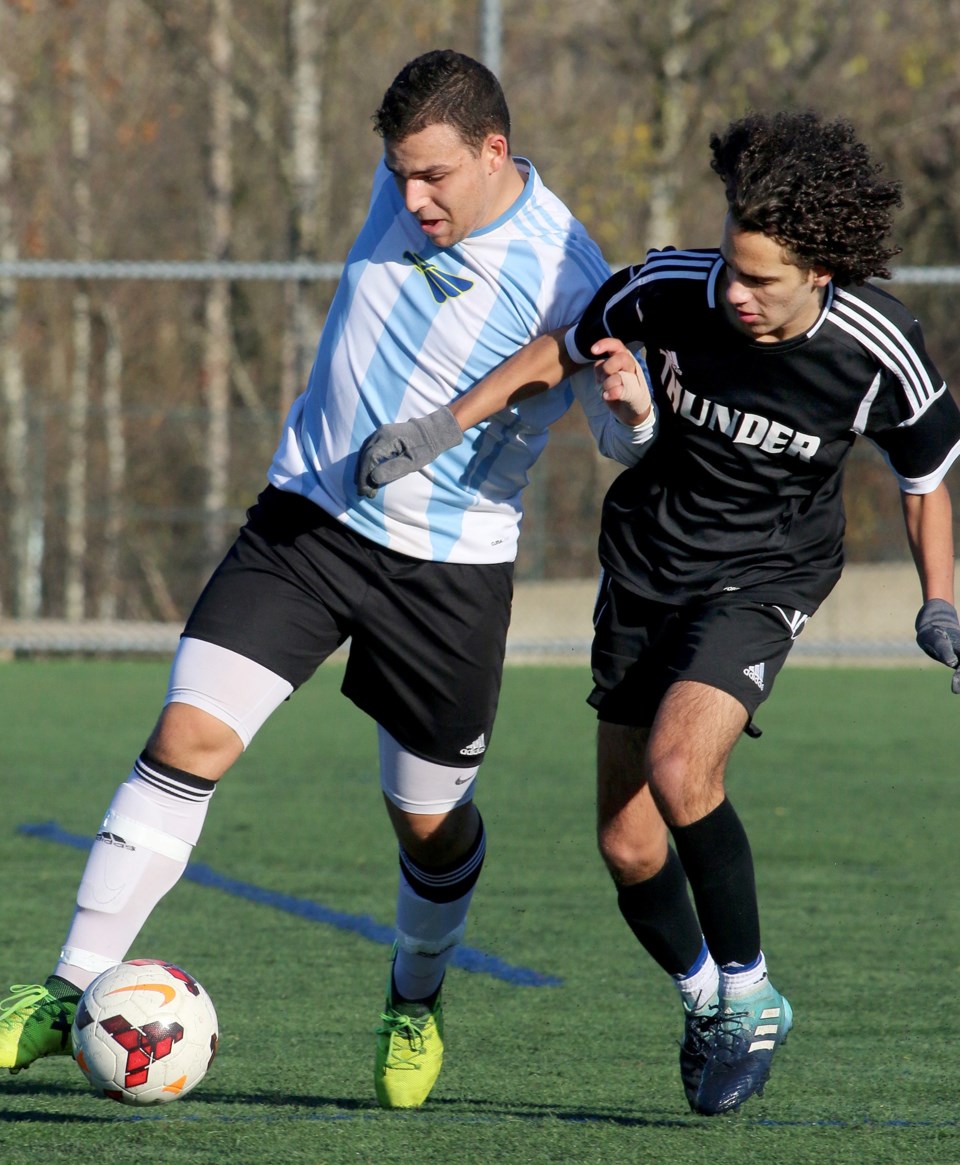 The Moscrop Panthers hope to achieve what the Alpha Aztecs did last year, which is push the season right to the provincials. The Panthers have begun the season 3-0, after not fielding a team last season.NOW file

Getting off to a strong start was one of the goals for members of the Moscrop Panthers.

Having not fielded a team in the Burnaby-New West senior boys league last year, the squad wanted to set a tone for the short sprint that is high school soccer.

At 3-0 after racking up victories over Byrne Creek, Burnaby North and Burnaby Central, it’s all systems go.

The Panthers continued their winning ways Monday with a 3-2 come-from-behind victory over the Central Wildcats, getting a late goal from Grade 11 Luke Aleong to collect the three points.

It also maintained their unblemished record yesterday (past the NOW’s deadline) against the 3-0 New Westminster Hyacks.

Moscrop coach Colleen Gaskell says the skill and fitness level of her team remains the engine to its great start.

“We have a strong offence and I’m really happy because every player played,” Gaskell said of the first three games. “We don’t really have a bench. This is the first year I’ve really had to really think about who am I putting in, because everyone is strong. Its thirty-five minute halves, something these guys aren’t really use to, they’re use to playing 45 in club so it goes really quickly. I just try to get everyone in.”

Minus Zachariah Thomas, who is preparing for next week’s national championships and was unavailable, and two injured midfielders, the team overcame an early mix-up which saw the Wildcats take a 1-0 lead on an own goal.

After Aleong replied with his first goal of the game, Burnaby Central countered and retook the lead on a skilled play. But Nour Masoud again deadlocked the game for Moscrop, setting the stage for Aleong’s game winner.

The Panthers kicked off the season with wins of 4-0 and 4-1 over Byrne Creek and Burnaby North.

Gaskell, who coached the junior boys team to the Burnaby-New West league final last season, has been suitably impressed with the focus and talent that has come to play.

“Without being overconfident, I just feel this team is a special team because they’re strong in every position. There is no weak link. In saying that, the league is going to be very competitive and everyone seems to be very close in scores,” she said.

New West surrendered its first goal of the season in Monday’s 2-1 triumph over Burnaby South. They had begun the year with 2-0 win over Central and a 3-0 decision over Byrne.

Burnaby Mountain, meanwhile, posted victories over North (2-0) and Alpha (4-1) along with a 3-3 tie with South.

Moscrop’s leadership core begins with Thomas and Jack Yaremko, but is equally as deep as the roster, she said.

“The boys push each other and have expectations of one another. We have two great captains (Thomas and Yaremko) that lead by example and get the team up when things kind of get a little shaky.”

Now the goal is to keep the ball rolling.

“My expectation is we play hard and every game will hopefully get us closer to winning that banner. … It’s a super short season. You need  to take it game-by-game and you try to win to get seeded high for playoffs. You just need everyone present, healthy. We just have to play like I know they can,” said Gaskell.

After New West, the Panthers square off against Burnaby South on Oct. 7 at the Burnaby Lake West complex. Playoffs begin the week of Oct. 21.