Teams ramp up for provincials

The yellow cards will be at the ready as the provincial adult soccer playoffs enter crunch time this weekend.
Apr 19, 2018 3:40 PM By: Dan Olson 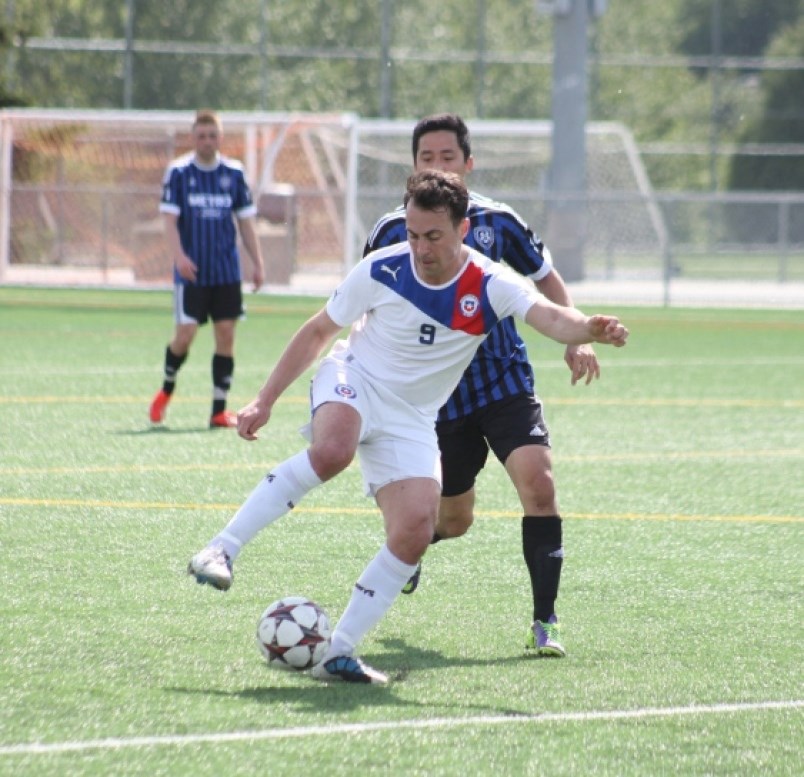 The EDC Burnaby under-21 soccer team is pushing for a spot at the provincial tournament, playing in this weekend's elimination round. They visit Cowichan United on Saturday, with the winner advancing to the quarterfinals.NOW file

The yellow cards will be at the ready as the provincial adult soccer playoffs enter crunch time this weekend.

The local soccer scene has a number of contenders still alive in the sweet-16 section in a variety of divisions, while the EDC Burnaby under-21 men are among the final 12 teams vying for a spot at next month’s finals.

EDC, which competes in the Vancouver Metro Soccer League’s u21 league, travels to Vancouver Island to face Cowichan United on Saturday, with the winner advancing to the quarterfinals.

The Burnaby squad finished the regular season fourth overall with a 12-2-4 record, four points back of first-place Coquitlam Metro-Ford. Cowichan was the third-best team on the
Island this past season.

Although no Burnaby-based teams remain alive in the men’s Open A division, the Rino’s Tigers of North Van will be hosting Aldergrove United on Sunday, 2 p.m. at Burnaby Lake West.

In the Open B division, Sierra FC of the Burnaby Metro Soccer League punched its ticket to the top 16 with a 2-0 victory over Port Moody last week. They now face Gastown FC on Saturday in Point Grey.

Also in the running is Impero Calcio, a Burnaby Metro team that had a bye through the opening round. Calicio play the 13th Legion, 5:30 p.m. on Saturday at Burnaby Lake West.

Burnaby is hosting the provincials this year, with a slate of games May 12 at the Burnaby Lake West complex. The men's and women's A Cup finals are May 13 at Swangard Stadium.