Playoffs present a fresh chance and a new season. The Burnaby North Vikings will take that as a given, if not more.
Oct 24, 2019 10:02 AM By: Dan Olson 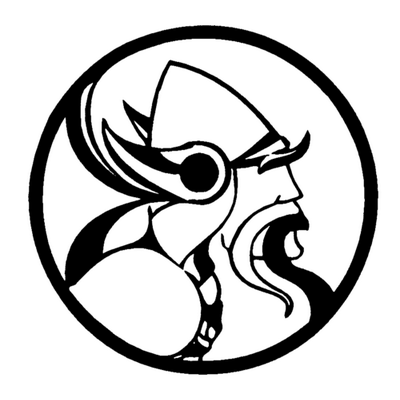 Playoffs present a fresh chance and a new season.

The Burnaby North Vikings will take that as a given, if not more.

After seeing an unbeaten run through league play hit a couple of speed bumps over the final week, the senior boys volleyball team is itching to reclaim that groove that saw them roll 5-0 over the first six weeks.

Although they never blanked an opponent, the Vikings demonstrated plenty of resilience in a pair of hard-fought wins over Moscrop and Burnaby Central in five-set marathons.

“We’ve had a really good season up to date, and we were playing basically for first and second,” North coach Maisie Tam said last Monday, after New West handed them their first loss of the season. “There are a lot of strong teams in the Burnaby-New West league, and on any given night it could be any team’s night.”

It was followed a day later with a 3-2 setback to Burnaby South, decided on a 15-13 thriller. That leaves the Vikings second at 5-2, with a couple of other teams winding down league play next week.

The trajectory for the year may not be what she’d hoped, but Tam said there have been many positives along the way.

“We have a really tough team. When they get pushed I think they respond very well,” said Tam, in her first year behind the bench. “I think the key is not starting off too far behind, especially against really good teams like New West. You really can’t afford to give them a six or nine-point lead and expect to win.”

The Hyacks, who have been among the top-15 teams on AAA provincial rankings the past month, built a solid lead in the first and second sets before North charged back. In the opener, New West surged to a 18-12 advantage before the hosts pushed back, getting with two before the Hyacks won out 25-21.

In the second set, New West staked out a 13-5 lead but were put on their heels as the Vikings got it to 23-22 on a key point from Jay Esquivel. The visitors would cash in the necessary final two points to take a 2-0 lead (25-22).

The third set got off to a similar start, with a 10-point gap midway. This time, North was unable to garner as much pushback, falling 25-17.

The Vikings lineup features a hodge-podge of experience, with a handful of Grade 12s and 11s plus a couple of eager Grade 10s – Aaron Dinh and Braden Tsai -- bringing valuable enthusiasm to the court.

“We don’t have a junior team this year, so we have a couple of Grade 10s. (Dinh and Tsai) are doing well. They are definitely standing in there and doing their jobs.

“Both of them have older brothers (Andy Dinh and Derron Tsai) on the team, so it’s a family affair.”

Those bonds play into the competitive fire which has the team 5-2 and eager to start a new winning streak in the Burnaby-New West playoffs. One thing Tam says they need to work on is getting out of the gate quicker.

“You know what, we’re a slow starting team. I don’t know if it’s because they like the challenge, but we’re working on it. We’re working on that for sure,” she said. “I think being our first loss, it puts things in perspective for the kids. Really it is playoffs and zones that really count, and what’s important and what we’re playing towards.”