Who needs Disneyland when your volleyball team is in the thick of a provincial championship tournament berth race? For Burnaby Central senior boys coach Graham Hendry, it seemed every day last week featured a spin on a rollercoaster or two – with the
Nov 26, 2019 9:30 AM By: Dan Olson 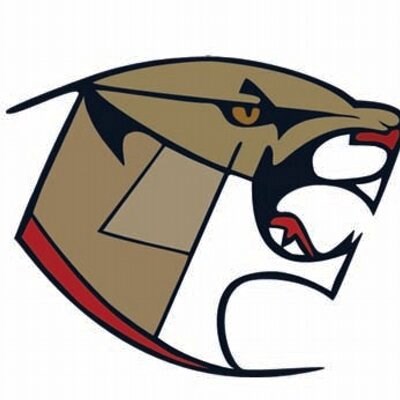 Who needs Disneyland when your volleyball team is in the thick of a provincial championship tournament berth race?

For Burnaby Central senior boys coach Graham Hendry, it seemed every day last week featured a spin on a rollercoaster or two – with the dips and bends all part of the journey.

When the dust settled, the Burnaby Central Wildcats had bagged what they came for and will be on the court tomorrow (Wednesday) when the B.C. AAA senior boys championships begins at the Langley Events Centre.

Although they saw their winning roll halted in the Fraser North championship final in a 3-1 loss to Riverside, Burnaby’s squad was bolstered with a lot of positive experiences that they can apply when they face Fraser Heights in the opener (10:15 a.m. on court 5).

“The highlight was the semifinal game (3-2 over Centennial),” noted Hendry. “Our team had a rocky start. Centennial won the first set, and we were forced into a position of needing to come from behind.  We won the second set and then the third set, and the momentum had swung in our favour.

“Unfortunately, they were a bit too casual with the fourth set, and ended up losing. The turning point would have been during the side switch at eight. (The Wildcats) regrouped and focused to win the fifth set and to qualify for provincials.”

They had launched the inaugural Fraser North championship tourney with a 3-0 shutout over Heritage Woods.

After having captured the Burnaby-New West banner, it felt like momentum was a force of its own. But the players didn’t leave it to the whims of fate.

“Having only had three games since city playoffs, we talked about areas of our game where we still needed to (fine tune),” said Hendry. “Morale was very high coming out of (league playoffs) heading into zones, (with) our ultimate goal to qualify for provincials.  We kept our mantra of focusing one game at a time.”

Setting a strong tone were Owen Silvester and captain William Jin, who were named all-stars after the final.

“As always with our team, their heart/perseverance is always their biggest asset,” remarked the coach. “Even when they trail or have a few bad plays, the boys are able to rally and refocus like no other team I’ve coached before.”

In Langley they’ll need to keep those elements in play as they compete in a pool that includes No. 8-ranked Seaquam, No. 12 Fraser Heights and No. 16-rated Semiahmoo.

Seeded 19th in the last provincial poll after going unranked the previous two months, Burnaby Central will wear the ‘underdog’ badge. The school is making sure the team has the off-court support, with lower grade teams and scorekeepers in attendance. But putting it all to good use will require some polished and confident on-court play, Hendry said.

“Being able to minimize our own errors will be key in being able to come out of the provincial tournament with the best result possible,” he noted. “As well, communicating and celebrating the great plays is key in keep up the momentum.”

The championships continue all week, with finals slated for Saturday.

For the full draw and schedule, visit www.bcssvolleyballchampionships.ca.