Wildcats, Lions due to meet in soccer final

The Burnaby Central Wildcats are anticipating their toughest test yet.
Oct 26, 2018 12:28 PM By: Dan Olson 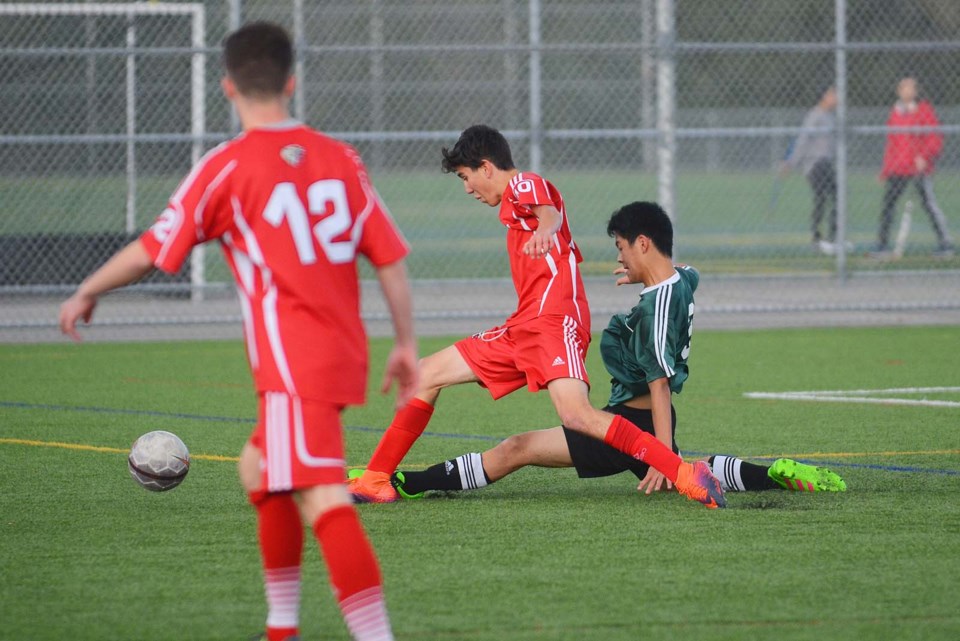 The Burnaby Central Wildcats are anticipating their toughest test yet.

For a team that is undefeated against league opponents and has surrendered just one goal over eight games – including Wednesday’s 2-0 over Burnaby North – the Wildcats are itching for it.

Aiden Labreche converted a penalty kick – awarded after Carson Bushman-Dormond was knocked down in the box – gave the hosts the lead at the 35-minute mark. Jason Shin doubled the score 15 minutes into the second half, and goalkeeper Mathew Parisotto and the defence did the rest.

“(North) put on some pressure in the second half, they pushed forward,” recalled Wildcats coach Ivan Steko. “We matched it, and their best chance was a diving stop by (Parisotto). His positional play is so good he never looks like he’s tested hard.”

The squad utilized its bench with a full change to start the second half, while the coach was at pains to single out any particular players for standout play.

“Everybody played well, it was really a great team performance,” he noted.

By playing a well-rounded contest against the pesky Vikings, Central kept the momentum going heading into an important stretch.

“There’s a familiarity for the teams, through club play, that means there’s no advantage,” said Steko. “Burnaby Mountain is a tough team, they’re well coached and well drilled. They’ve got players who have played together for a long time, so I’m anticipating a good battle.”

In their previous encounter, Central emerged with a 2-0 win two weeks ago.

The Lions, meanwhile topped Byrne Creek 2-0 in the other semifinal.