ST. JOHN'S, N.L. — The Supreme Court of Canada has refused a bid by the Roman Catholic archdiocese in St. John's to appeal a ruling that found it liable for sexual abuse at the former Mount Cashel orphanage.
Jan 14, 2021 1:17 PM By: Canadian Press 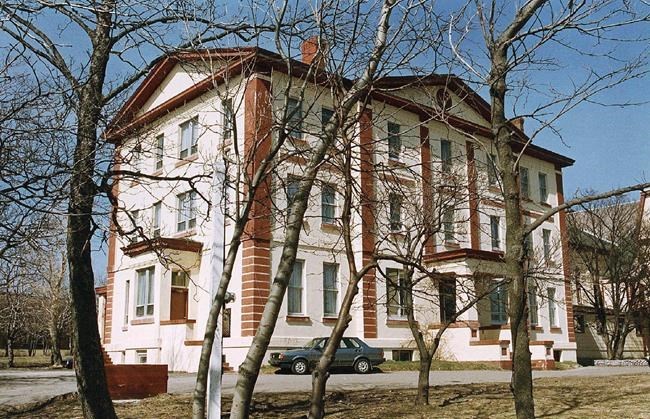 ST. JOHN'S, N.L. — The Supreme Court of Canada has refused a bid by the Roman Catholic archdiocese in St. John's to appeal a ruling that found it liable for sexual abuse at the former Mount Cashel orphanage.

Thursday's court decision ends a legal battle that first shook Newfoundland and Labrador decades ago. It also determines once and for all that the church has a responsibility to the victims of the abuse that took place at the notorious former orphanage, at the hands of the Christian Brothers in the 1950s.

The case was a tipping point for many in the province, marking a sharp turn away from unquestioned faith within a society growing increasingly disillusioned with the church.

Geoff Budden, lawyer for the four lead plaintiffs, said the decision represents a landmark day for the province. "It's now a matter of proven law that the Roman Catholic Episcopal Corporation was closely involved in the operation of Mount Cashel and has legal responsibility for what happened within those walls," he said in an interview Thursday. "That's no longer an allegation or an accusation. That's proven law."

The legal battle began in December 1999 and Budden estimates he's been in court 30 or 40 times to see the case through. The victims, who were boys at the time of the abuse, are now in their 70s and 80s.

The archdiocese will now have to pay the four lead plaintiffs about $2 million, divided among them. There are dozens more survivors; Budden said with Thursday's decision, there is now a clear path for them to seek compensation.

Following the court's decision to deny the appeal, the St. John's archdiocese issued a statement saying it would not comment until it had reviewed the decision with lawyers.

The orphanage was closed in 1990 and was demolished in 1992, and the horrors that happened inside the walls precipitated a massive cultural shift away from the rule of the church.

Jeff Webb, a historian at Memorial University in St. John's, said the scandal obliterated the prevailing idea that the church had "the right to decide what was best for people." The public learned in the 1980s about the sexual abuse that had occurred at the orphanage, but Webb said "there had been whispers about it" long before.

St. John's-based comedian, writer and theatre artist Andy Jones is known for his work speaking truth to the power of the church in Newfoundland and Labrador. A former member of CODCO, a Newfoundland and Labrador comedy troupe that had a popular sketch comedy show on CBC in the late 1980s and early 1990s, Jones began commenting in the 1970s on the hushed rumours about clergy abuse, through a comedic character named Father Dinn.

"Everybody knew," Jones said of the abuse at Mont Cashel. Jones was a main character in a classic CODCO sketch called "Pleasant Irish Priests in Conversation," in which priests laughingly discussed their sexual proclivities. The sketch was a direct reference to the ongoing Mount Cashel scandal. When CBC had initially refused to air the bit, Jones had quit the troupe in protest.

Jones said he's glad the church will have to pay the survivors. "This proves that, thank God, the Catholic Church is not above the law," Jones said of Thursday's decision. "And we thought they were."

A public inquiry into the abuse, known as the Hughes inquiry, was established in 1989, after which several Brothers were prosecuted and convicted. After a winding series of court cases, which included the North American branch of the Christian Brothers order filing for bankruptcy, the Newfoundland and Labrador Court of Appeal determined in July that the city’s Roman Catholic Episcopal Corporation was liable for the abuse.

In September, the archdiocese of St. John's applied to the Supreme Court for leave to appeal that decision, saying the ruling sets a precedent with “profound implications” for its future operations.

As is custom, the court did not provide a reason for its decision to deny the request.

This report by The Canadian Press was first published Jan. 14, 2021.