B.C. coalition could be roadmap to power if Justin Trudeau falls short

As you watch (hopefully on Global!) the election returns on Oct. 21, it may be worth remembering how the last B.C. provincial election unfolded and the lessons learned from the eventual result.
Oct 14, 2019 8:37 AM By: Keith Baldrey 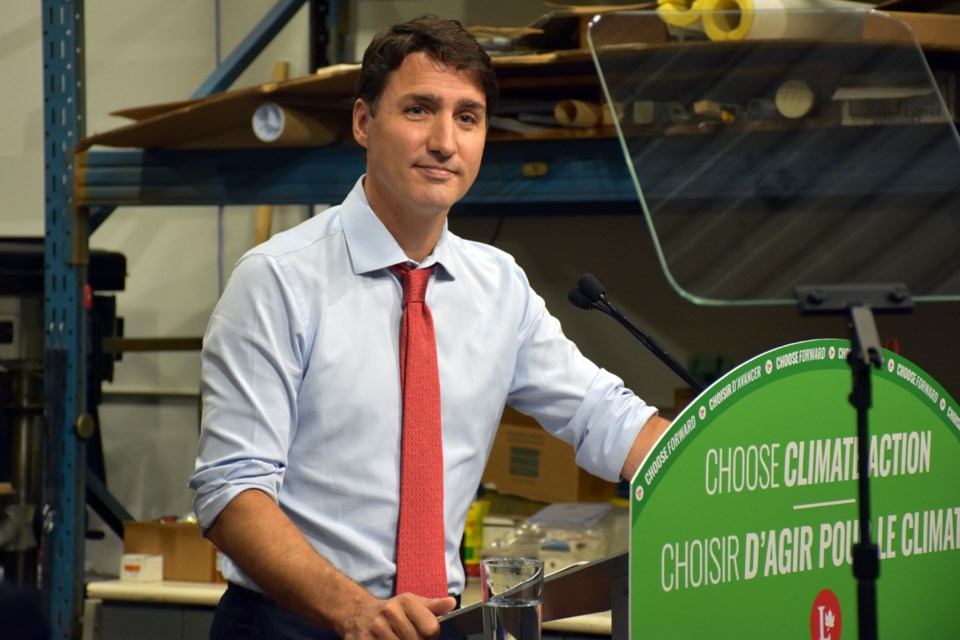 As you watch (hopefully on Global!) the election returns on Oct. 21, it may be worth remembering how the last B.C. provincial election unfolded and the lessons learned from the eventual result.

That’s because, as of this column’s writing, most signs are pointing to no party being able to win enough seats to form a majority government – just as we saw occur in B.C. in the 2017 contest.

If that does indeed turn out to be the case, a number of constitutional conventions, practices and customs may come into play that will decide who runs this country.

It is important to remember that the party that wins the most seats – but falls short of a majority of 170 seats – does not necessarily form a government. In other words, a political party cannot “win” a minority government, but instead can try to “form” one with the formal assistance of other parties, or it can continue to govern from a minority position.

The former option is what we have seen unfold in B.C. since the 2017 election.

Remember, the BC Liberals actually won the most seats (and most votes) of any party, yet fell slightly short of a majority.

Since she was the incumbent, Christy Clark remained as premier, as the rules dictate. She swore in a new cabinet, delivered a Throne Speech, and introduced legislation – all the prerogatives of a premier and a party in government.

She was not in power very long after the election, of course. The BC Liberals quickly lost a vote of confidence, and the Lieutenant Governor invited the leader of the party with the second most seats – John Horgan of the BC NDP – to try to run the legislature with confidence.

At first, such an arrangement seemed controversial. Critics (like the BC Liberals) questioned the legitimacy of the NDP-Green alliance, given that it put two “losing” parties into power.

However, over time, those objections have faded away. The NDP-Green alliance has proven to be durable and quite a legitimate arrangement for governing.

Now, let us fast-forward to next Monday evening.

It is entirely possible that Andrew Scheer and the Conservatives win the most seats but fall short of a majority.

In that scenario, Liberal Leader Justin Trudeau will remain prime minister – assuming he wants to – and will have the first chance to govern from a minority position in the House. The Governor-General will not turn to Scheer to give him the keys to the car if he does not win a majority.

In this situation, Trudeau’s longevity in office would depend on a number of factors.

The Liberals could enter into a formal arrangement with another party (or parties) to establish a majority of MPs that could survival confidence votes. This could take the form of a coalition – where another party may have members in a cabinet – or an arrangement like the one we have in B.C. between the NDP and the B.C. Green Party.

Alternatively, Trudeau could simply continue to govern and essentially dare the other parties to defeat his party on a confidence vote. Such a maneuver is not unprecedented, and it is unlikely that any party would risk causing another election to occur since such things are incredibly expensive contests to wage and no party will have the money to fight another one so quickly.

If Trudeau cannot make the numbers “work” from a minority position, the Governor-General would either turn to the leader of the party with the second most seats or would dissolve the House and force another election.

Of course, someone could win an outright majority and the constitutional rulebook will not come into play. At the beginning of the campaign, the Liberals seemed poised to win a majority, but that seems long ago now.

It may well still happen, but this has been such a sluggish election campaign played out in front of an electorate seemingly disengaged from the entire process that there doesn’t seem to be enough enthusiasm out there to push a party into majority territory.

And if that’s the case, look no further than this province’s recent post-election experience to provide clues about what may happen next.

Keith Baldrey is chief political reporter for Global BC