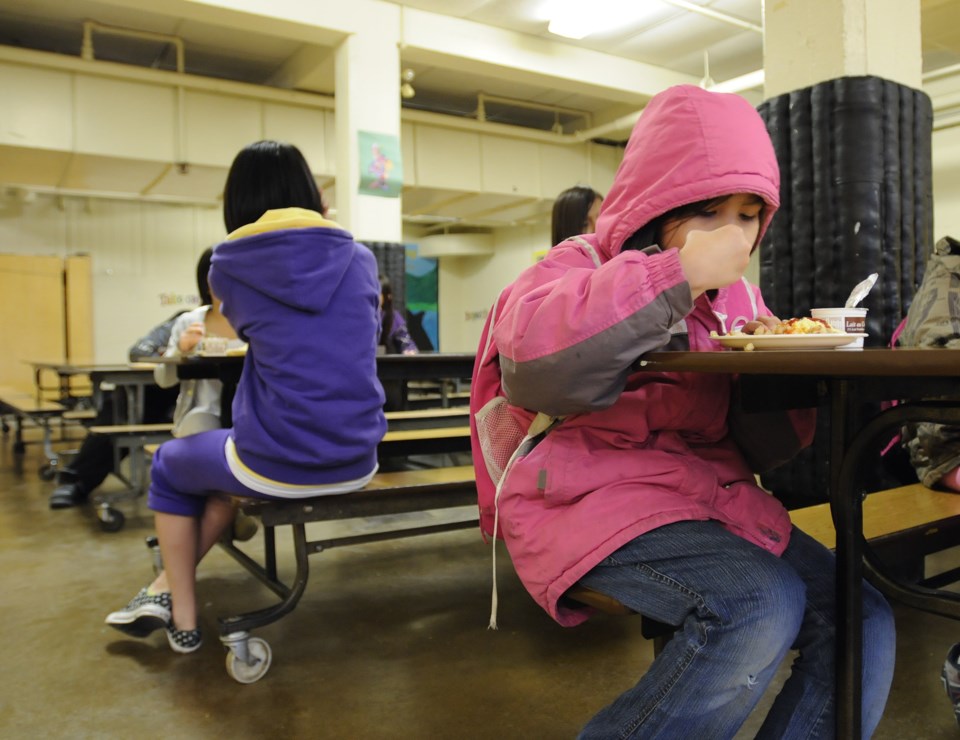 British Columbia has finally joined the rest of Canada by creating its own poverty reduction plan.

That’s a good thing because B.C. has one of the highest rates of poverty in the country, with more than 557,000 people living below the poverty line, including about 100,000 children. Nearly half of those who live in poverty work, and children from single-parent families, Indigenous people, refugees and people with disabilities are much more likely to be poor.

The plan, released March 18 and called TogetherBC, doesn’t contain a lot that is new, but it brings together dozens of policy changes the NDP government has made since its 2017 election. Together, those changes are expected to reduce overall poverty by one-quarter and cut child poverty in half in the next five years. That means 140,000 people, including 50,000 children, should no longer be living in poverty by 2024.

“It’s a strategy that at its heart is about people,” said Shane Simpson, minister of social development and poverty reduction. “It’s about the challenges they face every day just to get by. It’s about the right of every British Columbian to be seen to be valued, to have access to opportunities for a better life for themselves and their families.”

Simpson recalled his own childhood, when his single mom raised him and his sister in the Raymur Housing Project, in Vancouver’s Strathcona neighbourhood. He said she was fleeing family violence and was on welfare before getting a minimum-wage job.

Simpson estimates the poverty reduction strategy, including capital and operating costs, will total about $4 billion over the next several years.

“The stress of child poverty is toxic to both child and parent health, so it’s an urgent matter,” Montani said.

There are also economic reasons to reduce poverty, the plan says.

“When we increase incomes for people living in poverty, that money goes directly into the local economy,” it says. “Every dollar of support that goes to people in need gets spent on groceries, gas, clothing, goods and services. People spend their money where they live.”

The plan and related legislation that passed last fall require annual reporting on specific targets every year, starting on Oct. 1, 2020.

Sarah Brownlee, a member of the province’s poverty reduction advisory committee, which will monitor provincial progress, said she will make sure the voices of people who’ve lived in poverty are represented and heard.

“I have experienced poverty first-hand, I have seen my friends and family experience it and I have seen the destructive consequences of lack of opportunity and access,” Brownlee said.

Although the plan doesn’t break much new ground, it brings together policies already announced by the government, such as increasing minimum wage to $15.20 by 2021 and making childcare more affordable, which the government plans to spend $1 billion on between 2018 and 2021.

In this year’s budget, the government announced a new child tax credit, which boosts the money families with children get to a possible $1,600 per year, up to age 18. It also increased income and disability assistance rates by $50, bringing basic income assistance for a single, employable person up to $760 per month, still well below the poverty line.

The plan uses the Market Basket Measure, which is based on what it costs to buy the goods and services for a modest, basic standard of living, to count people living in poverty.

Simpson promises the plan will be dynamic and change over time. Those changes could include some initiatives on a basic income plan — a plan where all people would receive a minimum income, based on what it takes to live a basic life in B.C.

An expert panel is exploring the idea, including looking at what may need to happen as artificial intelligence and automation grow and the jobs of today disappear, Simpson said. It is also reviewing B.C.’s existing income assistance programs.

Poverty costs all of us, every day. We see its effects in our schools, in our hospitals and on our streets as people struggle to get by. How poverty interacts with our justice and mental health systems is impossible to separate. Alleviating poverty benefits everyone — it’s money well spent.

Almost two-thirds of Canadians support idea of vaccine passports: poll
May 6, 2021 6:00 AM
Comments