The Chinese Restaurant Awards announced its Diners’ Choice Awards and a Burnaby institution was among the list of winners. Dinesty Dumpling House on Kingsway in Burnaby won in the category of “best Shanghainese” restaurant for its exquisite meals.
Jul 1, 2020 6:35 AM By: Chris Campbell 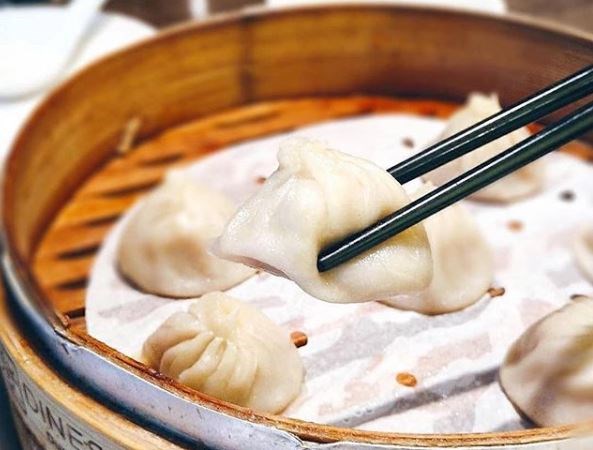 The Chinese Restaurant Awards announced its Diners’ Choice Awards and a Burnaby institution was among the list of winners.

Dinesty Dumpling House on Kingsway in Burnaby won in the category of “best Shanghainese” restaurant for its exquisite meals.

Now, when you talk about “dumplings,” you can cover a lot of ground.

It’s a pretty broad-based classification of food, but generally means pieces of dough wrapped around a filling, or not. Fillings can be anything from cheese to meat to fish to vegetables.

As long as they aren’t overcooked, dumplings make a perfect appetizer, main course or dessert. You can eat them anytime, even breakfast.

And when it comes to dumplings, my absolute favourite are the steamed pork soup dumplings at Dinesty Dumpling House on Kingsway near Willingdon in Burnaby.

If you haven’t had soup dumplings before, you’ll be forgiven thinking they are served inside soup. Dinesty’s most popular dish puts the soup inside of the dumplings.

Inside is a yummy chicken broth with a double-ground pork filling, all wrapped up in a thin, hand-kneaded wrapper.

What you do – according to my friend who is a most-excellent Chinese food guide – is you take your soup dumpling, dip it ever-so-gently in a vinegar-ginger sauce, and place it on a soup. Then you poke a hole in the dumpling to let some of the soup flow out. Then you gobble it all up in one bite.

It’s ridiculously delicious. I also had a shrimp, scallop and pork version that was equally devastating. They are all served in hot and steaming bamboo baskets that keep the dumplings hot without making them soggy.

That’s not all of the delicious dishes at Dinesty. Their friend dumplings are pretty incredible too – they come in long tubes that are crispy on the outside and delicate on the inside.

The menu is filled with a large variety of other dumplings, but the soup dumplings are my favourite. They are a miracle in how they can get the dough so thin without the soup leaking out.