Burnaby loses yet another Trans Mountain court battle. Is it time to stop?

Another day, another court loss for the City of Burnaby in regards to the Trans Mountain pipeline expansion project.
May 3, 2019 9:52 AM By: Chris Campbell 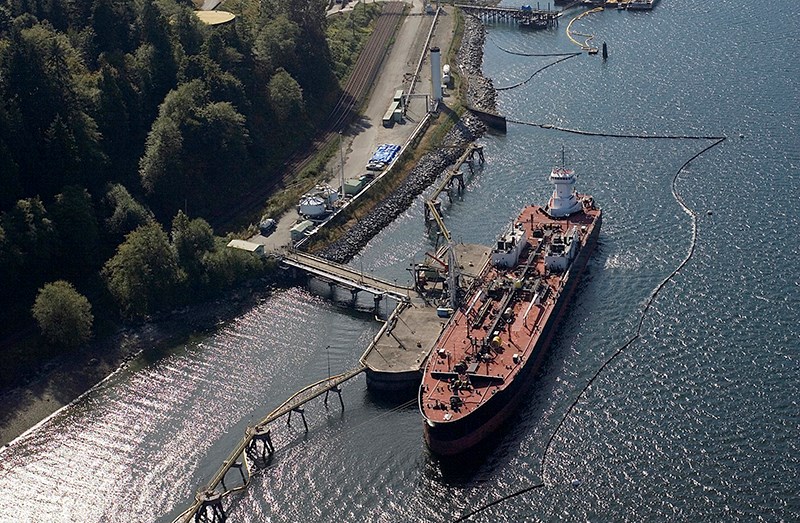 Environmental groups say they still oppose the Trans Mountain oil pipeline and more tankers on B.C.'s coast and haven't struck a deal with Alberta on its carbon emissions plan.

Another day, another court loss for the City of Burnaby in regards to the Trans Mountain pipeline expansion project.

On Thursday, the Supreme Court of Canada dismissed the city’s “application for leave to appeal from the judgment of the Federal Court of Appeal” – so much mumbo jumbo – which means the highest court in the land will not hear the city’s appeal.

Burnaby was appealing a section of a decision from the appeals court after work on the Trans Mountain was halted in August of 2018. The appeals court cited the National Energy Board’s lack of consideration of the impacts of marine shipping on waters such as Burrard Inlet, as well as inadequate consultation of First Nations.

The city was looking for more requirements being imposed on the NEB before the pipeline project could move ahead.

Last August, the Supreme Court of Canada dismissed another city appeal – this one was challenging the NEB’s jurisdiction in Burnaby.

At the time, that was the 17th-consecutive court ruling in favour of Trans Mountain against various challengers, according to the Canadian Press. At that point, Trans Mountain was looking like the Harlem Globetrotters and every challenger was the Washington Generals.

Then, just days later, came the stunning court decision that has the federal government is still working to satisfy. Currently, the feds have extended the deadline to consult with First Nations about the project. It’s unclear how sincere this consultation is – it could still just be window dressing considering that the feds actually own the pipeline and it would be a political disaster for the federal Liberals if the project doesn’t go ahead.

At the time of Burnaby’s August court defeat, former-mayor Derek Corrigan say he “wasn’t surprised by the news. I don’t think we had high expectations of being successful on that application.”

After that comment, I took Corrigan to task for spending taxpayer dollars on court fights he didn’t have “high expectations” of winning. The city seemed to just be throwing money at lawyers to look like they were doing something, which seemed to be a bit of a waste.

The Burnaby NOW pushed the city after that loss to reveal how much it had spent fighting the pipeline. The city wasn’t forthcoming at first, but then revealed it had spent more than $1.1 million in legal fees since 2014 – as of September 2018. We're not sure if that amount reflects the true cost of fighting the pipeline because it's just legal fees and doesn't include such things as city staff time.

That number has likely grown with yet another appeal and defeat. It’s unclear what the city will do next, but perhaps it’s time to stop spending money in court when the city seems to lose every battle. The late-August court victory was a fight launched by First Nations.

I appreciate there are many people opposed to the pipeline, but at some point the city has to stop throwing money away on what seem like unwinnable court challenges by the city. The winnable case seems to be on behalf of First Nations. We'll see if the latest federal efforts are enough to satisfy the court.