This wasn’t supposed to happen to Burnaby South’s Jagmeet Singh. He was supposed to have turned a corner as leader of the federal NDP after finally winning a seat in the House of Commons.
May 7, 2019 6:46 AM By: Chris Campbell 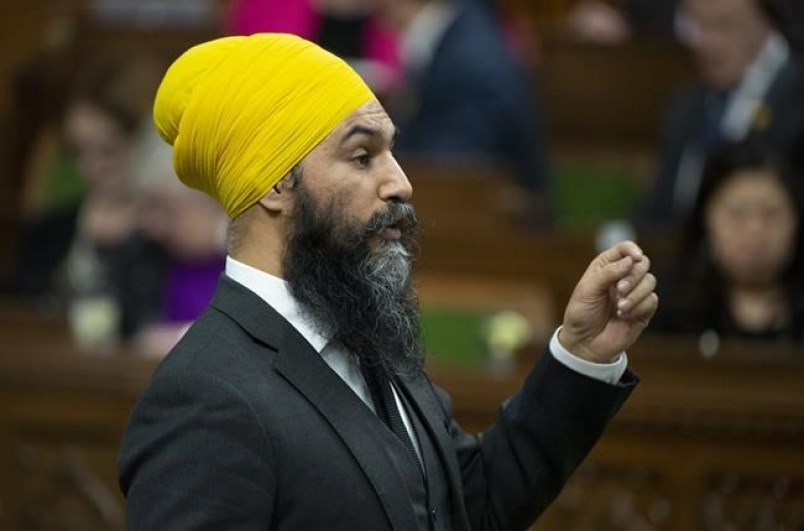 NDP Leader Jagmeet Singh rises for the first time after taking his place in the House of Commons Monday March 18, 2019 in Ottawa. THE CANADIAN PRESS/Adrian Wyld

This wasn’t supposed to happen to Burnaby South’s Jagmeet Singh.

He was supposed to have turned a corner as leader of the federal NDP after finally winning a seat in the House of Commons. Singh has been increasing his exposure in Ottawa and won much-deserved praise for his soul-baring memoir - Love & Courage: My Story of Family, Resilience, and Overcoming the Unexpected - which hit shelves last month and detailed him being sexually abused as a child.

Then came Monday night. It was ugly for Singh and the federal NDP.

The party lost the federal byelection in Nanaimo-Ladysmith – a riding the NDP held until former-MP Sheila Malcolmson stepped aside to run in a provincial byelection.

Malcolmson won in 2015 by 10 percentage points. On Monday night, the NDP candidate came in an embarrassing third place behind the Conservatives and the ultimate winners, the federal Green Party.

The Green candidate, Paul Manly, whipped the NDP by about 14 points (with 90 per cent of polls reporting, so there may be a slight variation when all the polls are counted).

And it’s not like the riding is some historically Green bastion – Malcolmson was elected recently as an NDP MLA after stepping down as MP.

Singh even campaigned with the party’s candidate, although the other party leaders did as well. But this was the NDP’s riding to lose and did they ever lose.

Add this to the NDP losing the Montreal riding of Outremont, which was previously held by former NDP leader Tom Mulcair, and that’s two NDP ridings lost under Singh’s watch.