Heather Leung, erasing the past and that damn cold medicine

If you haven’t read reporter Kelvin Gawley’s front page story on the Burnaby First Coalition and candidate Heather Leung , I encourage you to read it because it’s an important election topic.
Sep 27, 2018 5:05 AM By: Chris Campbell 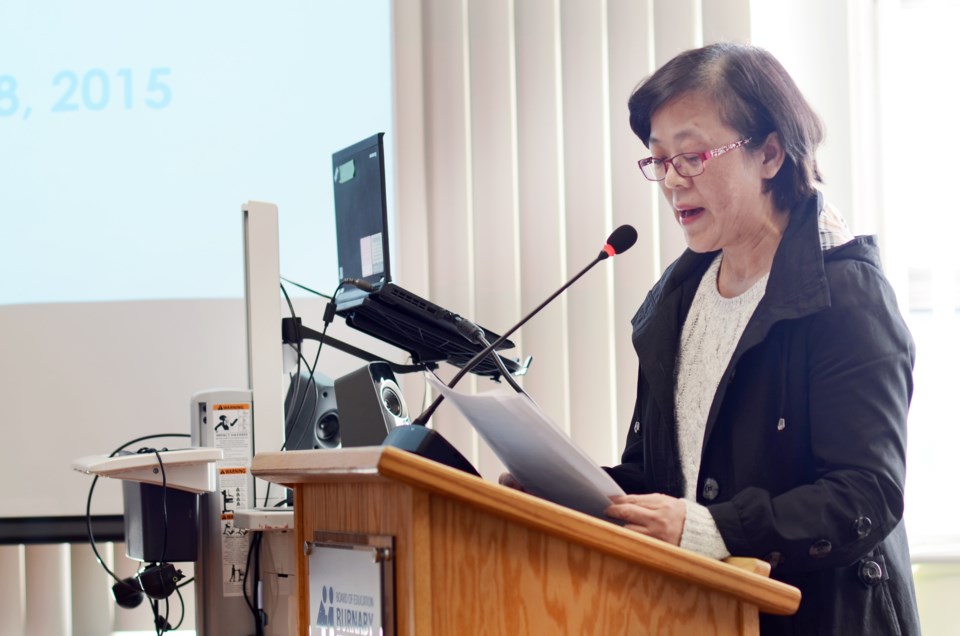 Heather Leung in a file photo talking to the Burnaby school board.Cornelia Naylor

If you haven’t read reporter Kelvin Gawley’s front page story on the Burnaby First Coalition and candidate Heather Leung, I encourage you to read it because it’s an important election topic.

As in, should candidates reasonably expect their pasts to somehow disappear if those pasts could be considered negative?

First, candidates always brag about the positive things they’ve done in their pasts, such as volunteer work, awards, education and so on. If you talk about one part of your past, you can’t expect the other parts to somehow have never existed.

Second, if that past involves your previous political affiliations or stances, you can’t expect that you won’t be questioned about it. In what world are you living in that your past views are somehow off-limits just because you say they should be? If you expect this then you shouldn’t be in politics, which is a lot like applying for a job. Good luck telling HR that past work experience shouldn’t be discussed – same goes for voters.

OK, I need to pump the brakes for a minute and give some background on this story.

In case you haven’t heard of them, BFC is civic party running a few council candidates in the Oct. 20 election. Two of them are Charter Lau and Heather Leung, who were founders of something called Burnaby Parents’ Voice, a group formed in 2011 to oppose a gay- and transgender-positive school board policy. They both ran for school board under this banner.

When the NOW covered the BFC campaign launch, the story included some background on Lau and Leung, mentioning their past political affiliations. A BFC member then came into my office and tore a strip off me for including that in the story – as though people’s political pasts didn’t exist when it no longer suits them. Not long after that, another BFC organizer told Gawley that it was unfair to have included the information in our original article. So that’s two BFC campaign organizers claiming that factual information shouldn’t be included in a story.

This is where it gets interesting.

Gawley told the BFC that he wanted to interview Leung about the issue so she could explain it herself, especially since the NOW had recently discovered she had signed the endorsement papers for school trustee candidate Laura-Lynn Tyler Thompson, the controversial anti-SOGI activist.

It sounds like a simple request, but the BFC didn’t make it easy. A party representative started making excuses for why it would be difficult for Gawley to interview her, even over the phone. In one email, the representative said they wanted to forward Leung’s statement addressing it. They said Leung had noted English wasn’t her first language, even though she spoke perfectly fine when the NOW interviewed her at the original campaign launch back in August.

Back then when it was just general questions she was fine, but now, suddenly, English was a huge struggle for her. Oh, and according to an email from the BFC, “she is temporarily taking medication due to a cold.”

You just can’t make this stuff up.

I’ve been covering elections for about 28 years and the “taking medication” has to be the single dumbest excuse I’ve ever heard to try and get out of a phone interview.

What the BFC really wanted was to control the message by having it sent as a written response. Of course we said no. Sorry, folks, but if you want to play in the big leagues you have to step up and defend your stances with reporters and voters. You can’t hide behind emailed statements.

As for the language excuse, Heather, what are you going to do if you actually get elected? Imagine you are at a council meeting trying to advocate for a citizen and another council member is pushing back on you about it.

“Sorry, I’d like to respond, but English is difficult so can I email you a response? Also, I just drank some NyQuil.”

The BFC finally acquiesced and an interview was conducted on Monday with Gawley. According to him, Leung admitted she was reading off of written notes (or was it a script?), with her message about how that was in the past and not relevant because the BFC wasn’t running any school trustee candidates. That’s a red herring because it doesn’t matter if they’re running anyone for school board – people want to know a person’s beliefs if they’ve stated them so clearly on the political stage like Leung has.

But things didn’t go according to script when Gawley did his job and asked follow-up questions, such as would she support flying the Pride flag at Burnaby City Hall – a recent controversy in itself when the city said it needed a request to fly it. She stumbled on that issue and didn’t really answer it. The question is clear – would you allow the flag to fly. If you want to show you support inclusivity, surely flying a flag is an easy answer. But she never did said yes or no.

Then, as Gawley asked more detailed questions, Leung suddenly wrapped up the phone call, saying she had an event to attend.

I’m starting to think politics might not be the right place for Heather Leung.

Voters want politicians who are decisive. People who make clear what their beliefs are. People who stand behind those beliefs.

Heather Leung is none of these things.