I went to write about this Burnaby institution, but the doors are closed

In writing my new foodie blog – known as “Bite. Me.” – I drew up a list of 10 ideas for columns that I just had to complete. Number four on the list was the grilled calamari at Romana restaurant on Hastings Street near Beta Avenue.
May 25, 2019 8:06 AM By: Chris Campbell 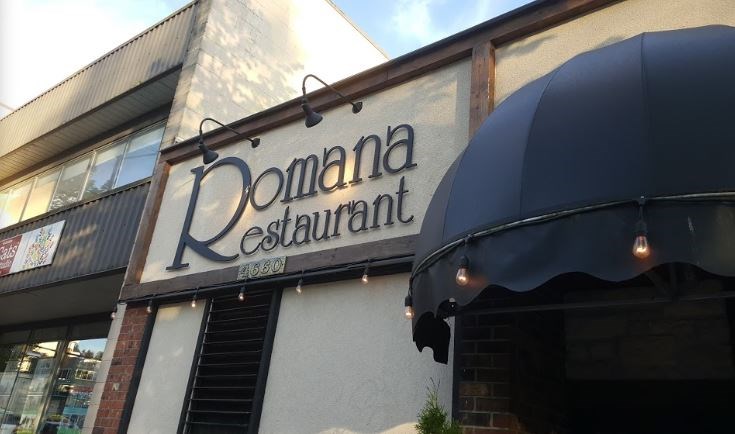 In writing my new foodie blog – known as “Bite. Me.” – I drew up a list of 10 ideas for columns that I just had to complete.

Number four on the list was the grilled calamari at Romana restaurant on Hastings Street near Beta Avenue.

To prepare for the column – and just because I was hungry that day – I drove by to rekindle my love for this amazing dish, all smothered in onions, peppers and a secret sauce.

But Romana is no more. The place is empty and work looks to have begun on a new incarnation. I’ve stopped by a couple of times to see if I can find someone to ask what is replacing the Italian-Greek restaurant, but haven’t had any luck yet.

I’m not sure what happened, but the closure felt like I was punched in the stomach.

You see, Romana was one of my favourite restaurants growing up. It was a Friday night Campbell family ritual to go to Romana and then to a movie at the old Dolphin movie theatre (don’t get me started on how broken up I am about that institution shutting down – I might soak my keyboard with tears), with a possible stop at the DQ if it wasn’t too late.

Now, Romana I have frequented in the past year wasn’t the same Romana from my childhood. The Siormanolakis family operated it with love for more than 40 years before putting it up for sale in 2013.

The new owner kept things basically the same and, from what I ate there, the food was outstanding – especially that wonderfully tender grilled calamari. But now it’s closed.

Hopefully, another restaurant is coming. It’s a tough business running an independent restaurant. There is so much competition from deep-pocketed chains that suck up so many customers like a sriracha-infused vacuum.

The Burnaby Heights is one of the few business districts in Metro Vancouver with such a high percentage of independent food establishments. Commercial Drive is another.

I will keep you posted when a new place opens. Meanwhile, support your local independent restaurants.

***UPDATE: Since this column ran, I received a message from a reader who saw a posting on Facebook that said the Romana replacement is called Lu Lu Kitchen. Best of luck to them. I will definitely try it out.