It looks like the yellows vests are not running a candidate in the Burnaby South byelection, after all.
Feb 5, 2019 9:21 AM By: Chris Campbell 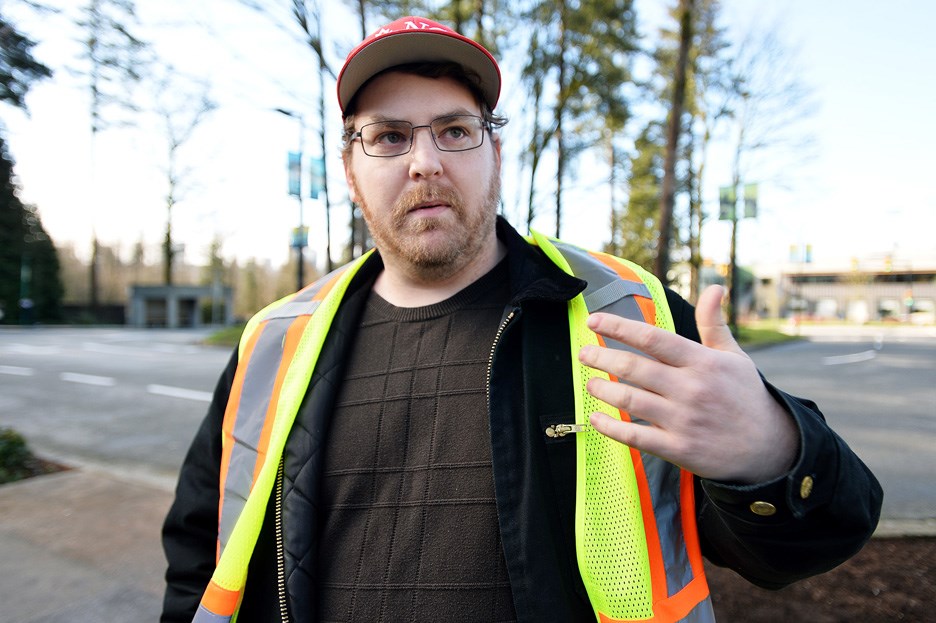 A news release on Friday said this man, Zachary Johnson (pictured at Saturday's rally at Burnaby city hall), would be running for the National Citizens Alliance in the Burnaby South byelection. JENNIFER GAUTHER PHOTO

It looks like the yellows vests are not running a candidate in the Burnaby South byelection, after all.

This after saying they would be running a candidate and staging a rally at Burnaby city hall on Saturday that was drowned out by a feisty counter-protest.

Reporter Kelvin Gawley was told by Elections Canada on Monday – the deadline to file the paperwork to get on the byelection ballot – that the proposed yellow vest candidate, Zachary Johnson, didn’t file by the deadline.

The yellow vest-affiliated National Citizens Alliance issued a news release on Friday about the rally and that Johnson would be its candidate.

Johnson has not returned repeated calls from the NOW for comment about him running.

These are the candidates for Burnaby South, according to Elections Canada:

Voters go to the polls on Feb. 25. Make sure you are registered to vote.