Letter: Burnaby makes strides, but too many bike routes blocked

Editor: Mike Hurley, the mayor of Burnaby, is doing quite a good job constructing new bike lanes and sidewalks around Lake City and Broadway, which will make the area much safer for bikers and pedestrians.
Oct 24, 2020 5:51 AM By: Burnaby Now 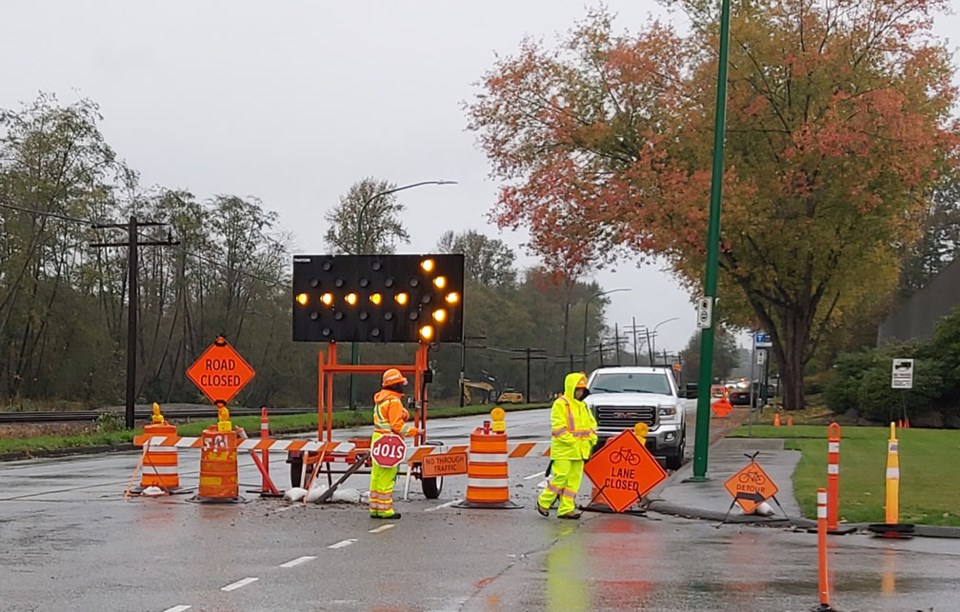 Winston at Bainbridge in Burnaby is blocked to cyclists. Submitted photo

Mike Hurley, the mayor of Burnaby, is doing quite a good job constructing new bike lanes and sidewalks around Lake City and Broadway, which will make the area much safer for bikers and pedestrians.

With construction zones all over the place, sometimes the zones encroach on sidewalks or shoulder areas used by bicyclists. Case in point, the construction company doing work at Winston Street has simply blocked off the bicycle lane entirely for several weeks.

The shoulder is free, but they decided bicycles heading west on Winston can detour up the Bainbridge hill. This is a difficulty for bicyclists and they could do a better solution.

They are blocking the Central Valley Greenway, which is a flat route for cyclists who commute downtown or for pleasure. You cannot detour along the trail beside Burnaby Lake because that trail is pedestrian-only.

Shutting down the entire road is not entirely a great solution. The irony is they let cars go down the road one way, but no cyclists.

I agree contractors should have some flexibility as long as they are not disadvantaging the public and specifically cyclists.

This planning and policy should likely be addressed during the time construction permits are handed out. Through-bicycle movement on urban bike routes should have some priority to be maintained by construction companies.

Burnaby is making a more pedestrian and cycling-friendly culture, but allowing these companies to simply close roads for weeks at a time is unnecessary and bad practise.