Editor: I ride in the SkyTrain and cannot have a cell conversation, or listen consistently to anything. It is incredibly loud - worse for riders right by the noise.
Jul 15, 2020 5:21 AM By: Burnaby Now 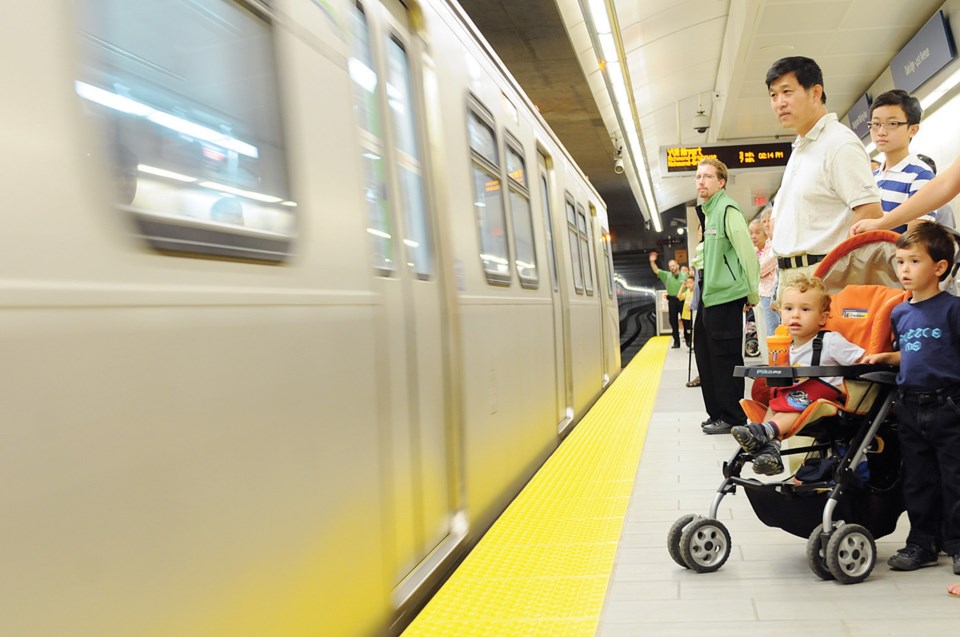 I ride in the SkyTrain and cannot have a cell conversation, or listen consistently to anything.

It is incredibly loud - worse for riders right by the noise. If someone needs to talk to me via phone call, I have to exit and go outside on the street to return a call.

That also is difficult further from the trains. It's common to communicate while commuting. Yes, texts can be done due to excessive noise, but this noise is grating on the ears and people tend to talk even louder on the train to compensate.

Noise pollution is added stress while going to work. Nerves are affected in hearing areas of the brain, which does not assist anyone in staying calm or relaxed during the ride. Added to this tension, there are Covid rules being disregarded in all kinds of ways.

People have to tell others to move away. Thousands of repetitions of keep social distance and it still has not become understood that means you need to show patience, notice if you are too close. It's not helpful that the trains only stop for the usual amount of time.

That causes crowding at doors going in or out of trains. It is all kinds of added stressors. Not a lot of changes have been put in place to make more time for doing spacing properly.

Train attendants stand around saying nothing. Could it be everyone has got minor hearing loss? There seems to be less thinking about the system and its operation. Not noticing louder noise, or how people don’t follow simple logic of spacing their bodies apart, I wonder why awareness has taken a back seat. Translink states it offers quality of service via its transportation service.

At stations, new signage and barriers are erected to direct rules and the flow of lines. Maintenance crews attend to lights and escalators, cleaning at the stations. These are necessary actions. But between stations, the experience is not as much quality.

Isn’t that part, part of the overall quality?

Attendants rarely ride on the trains. I am not sure what they are really getting paid for. They are paid for responding to deviance or worse issues of less cooperative riders. What about the majority that rides and acts properly, causing no concerns? We do want some positive response to noted issues. Action by Translink needs to be reflective of their quality mandates, not they tried to fix the tracks.

What about upper administration riding trains for 1 week? They would understand what riders have been saying to their departments for months. Does Translink care about its services or its assets? I do applaud some dedicated train/Translink staff who are responsive to concerns I have had. Myself and others are listening for responses of action to prove that their mission statement is about quality.

Also noted at Metrotown station, there is huge screeching that is constant. I have to cover my ears every time. There are also several construction sites making loud noise beside that station and others. Technologies are all the rage, yet don’t seem be applied to real issues that are causing negative effects. Corporate deafness is not a position Translink can justify.

Surely they enjoy quiet offices and staff are not permitted to have music or conversations above a certain noise level. It's time to be aware of actual feedback from riders, and to recall their own concerns about ridership decreases. Translink has resources to do improvements now. Saving for further developments ought to be suspended in light of harmful effects that are not being addressed.