Letter: SFU gondola would disrupt wildlife and our peaceful life

Editor: Re: Sorry SFU gondola opponents, but you’re technically NIMBYs , June 1. Forest Grove residents studied what TransLink proposed back in 2011 to 2014 when their proposal was shelved.
Jun 15, 2019 6:16 AM By: Glen Porter 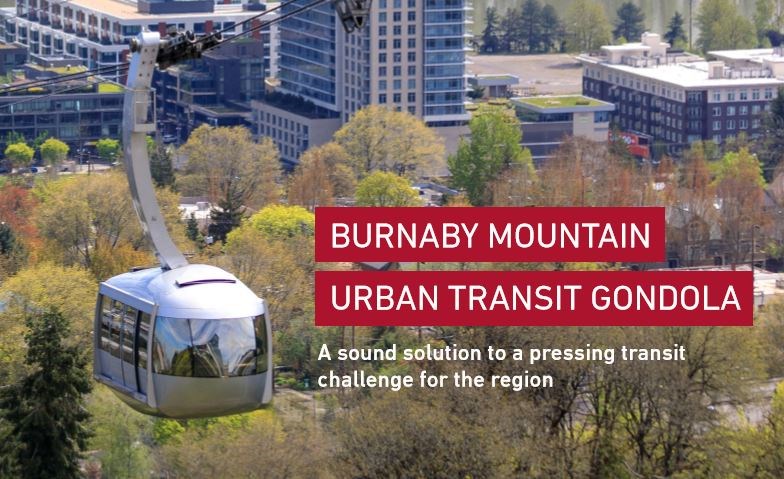 The cover of a brochure put together by Simon Fraser University about the gondola project. SCREENSHOT

Forest Grove residents studied what TransLink proposed back in 2011 to 2014 when their proposal was shelved. We had a better idea than most of what the proposal entailed and we have little reason to think that the issues have changed. Our concerns are partly local but they are also city-wide.

Forest Grove is a somewhat cut off community, traversed underground by a number of oil, gas and jet fuel pipelines (including the existing Trans Mountain pipeline) and a number of stream networks. On one side, Forest Grove is bordered by Gaglardi Way and on the other side by tank farms. The community sits above an industrial area and below the Burnaby Mountain Conservation Area. Back in the day, when city planners wanted to allow development in this area, they felt that the community, somewhat isolated from the rest of Burnaby, would need something to give it a sense of community identity. The planners envisioned Forest Grove as a partial extension of the Burnaby Mountain Conservation Area, as a “conservation like” community, with primarily multi-unit residential buildings set amidst the woods, streams and pipelines.

Maybe you can appreciate why a proposal to run a constant flow of large, lighted cabins, day and night, over the middle of our community and over the much-beloved Burnaby Mountain Conservation Area is not enthusiastically received. Yes, we are protective of our own sense of peaceful enjoyment of our homes (and the privacy of our children who attend daycare and an elementary school under a proposed gondola route) but we are also protective of the many species of wildlife whose habitat, in Forest Grove and in the Burnaby Mountain Conservation Area, would be disturbed by a constant stream of gondola cabins passing overhead.

We questioned the rationale for a gondola back in 2011 and 2014. At that time, we were told that the demand for public transport was high but we learned that was only when students were going up to the university in the morning and down in the late afternoon, and otherwise there was not high demand. We learned that residents of UniverCity preferred to drive their cars rather than take transit off the mountain. (At that time, TransLink was giving cheap fares to UniverCity residents to try to induce them to take transit but that was not working and ceased after the program became public.) We learned that the problem on snow days was that the university does not do the snow clearing it is supposed to do because there are so few snow days it was not worth their while to maintain snow removal equipment. The number of snow days then, as now, was overestimated. What we concluded when we looked at the proposal back in 2011-2014, was that it was a very expensive proposal to try and attract people to live on top of Burnaby Mountain by adding some glamour and glitz under the guise of an “environmentally friendly” form of transportation.

If the existing transit to SFU is really inadequate, we would like the City of Burnaby to consider other possible solutions to transporting people to and from SFU that do not involve creating another human corridor over environmentally sensitive areas. For example, has the City explored the idea of a funicular that could run up Gaglardi Way? Or electric buses that could climb up the existing roadways and re-charge while driving downhill?

In conclusion, we feel that the City of Burnaby should seek rigorous evidence why existing public transit to SFU is deemed inadequate, look at a range of transportation solutions, and compare the costs and broad-based environmental impacts of each possible solution.