Letter: Your columnist ignored the many dangers of fracking

Editor: Political columnist Keith Baldrey is quite ready to call political parties out for hypocrisy when they contradict themselves or reverse their position. But not, it seems, when it comes to fossil fuel megaprojects.
Apr 11, 2019 5:41 PM By: Bob Hackett 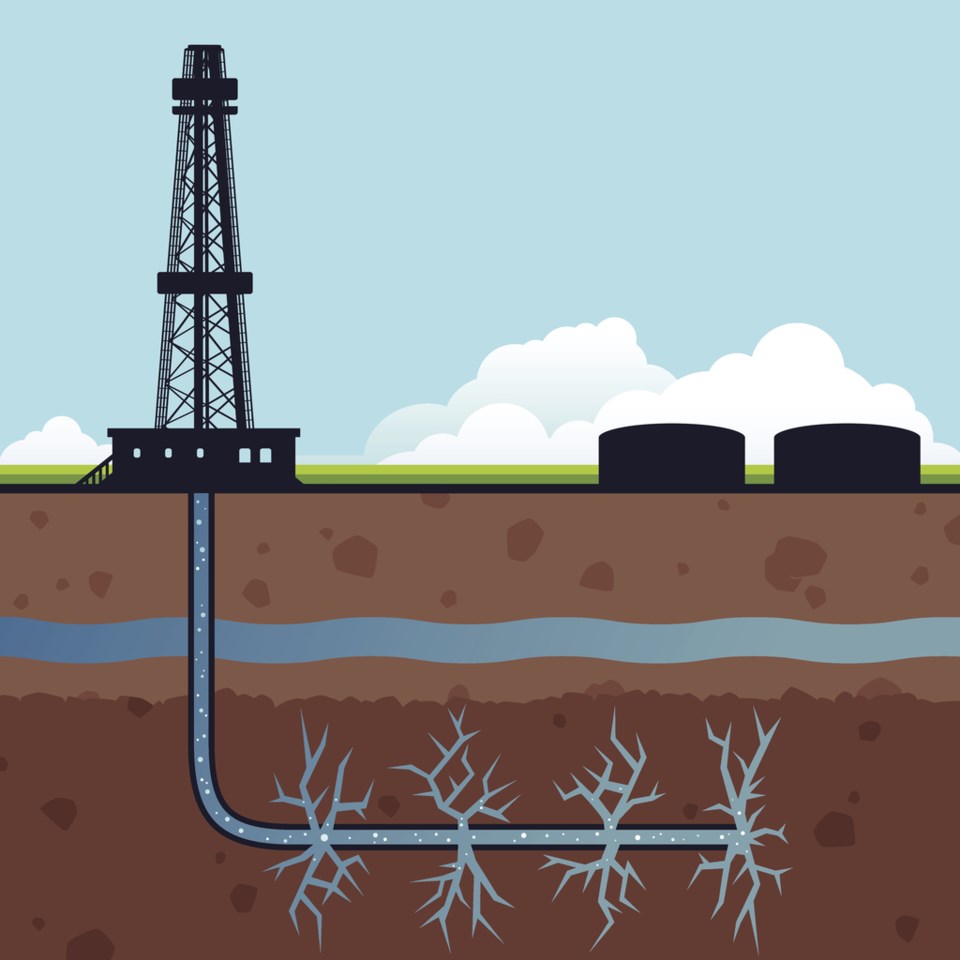 Political columnist Keith Baldrey is quite ready to call political parties out for hypocrisy when they contradict themselves or reverse their position. But not, it seems, when it comes to fossil fuel megaprojects. Baldrey absolved the BC NDP, with the support of the opposition Liberals, for offering tax breaks for investors in liquefied fracked gas (usually branded as LNG) after having criticized such subsidies while in opposition.

Environment minister George Heyman surely had it right back then.  As Baldrey notes, in 2016 Heyman stated: “We are creating significant environmental catastrophe, significant health issues and we are going to cost the economy of this province, this nation and the world billions of unnecessary dollars.”

Baldrey commends the NDP for “switching gears” now that they are in government, for “developing industries and creating jobs and revenue”. That statement reveals a failure to consider alternatives less destructive than massive fracking, and an almost unconscious adherence (which he shares with much of the Canadian media’s punditburo) to extractivism – the economic model of extracting raw materials out of the ground and exporting them to dominant centres of the global economy, with minimal returns, value-added processing, or remediation of blasted landscapes to Canadians. When it applies to fossil fuels, extractivism is especially archaic in the era of potential climate collapse.

A recent panel by the Canadian Association of Physicians for the Environment, with speakers from northeastern B.C., offered multiple reasons for why fracking is bad even for their own region: the erosion of farming, increased illnesses and early deaths, more earthquakes, overriding of Indigenous rights, lax regulation of gas and oil compared to mining. And there is an alternative – the emerging renewable energy sector in northeastern BC, one that provides 7.5 times as many jobs for money invested, compared to gas and oil. That’s where we should be targeting subsidies.

Add to those problems, the inherent instability of an economy tied to international commodity prices; the huge increase in greenhouse gas emissions in producing, transporting and consuming fracked gas - the Pembina Institute argues that while B.C. is committed to reducing CO2 emissions from 64 Mts to 39 Mts by 2030, LNG Canada alone will produce 9 to 10 Mts annually.

And there’s the risks of increased tanker traffic in B.C.’s coastal waters; the further decline of Canada’s reputation as a climate leader; the potential threat to Canada’s own energy security through breakneck export of non-renewable resources; and the little-known irony that despite promising to use "every tool" to stop the Trans Mountain pipeline, the B.C. government in effect subsidizes fracked gas by-products sent to Alberta for the toxic diluents necessary for bitumen-bearing pipelines.

Maybe we should learn from advanced economies like Norway, which has done a far better job of creating a large heritage fund from its oil, and as well as other northern European countries that manage quite well without digging up fossil fuels and dumping them into the atmosphere. To avoid the worst of climate chaos, we must build a more sustainable low-carbon economy; resource workers and communities need to be involved in decision-making, to ensure that it is a just transition.

Check out the corporate mapping project at policyalternatives.ca, for reports by J. David Hughes, Ben Parfitt and others. They supply vital information we don’t often get from the corporate media punditocracy.