Welcome to my new blog, Bite. Me. I call it that because it’s mostly going to be about individual bites that I love on the Burnaby food scene. And those bites will tell you more about me because taste is food is such a personal thing.
May 10, 2019 2:34 PM By: Chris Campbell 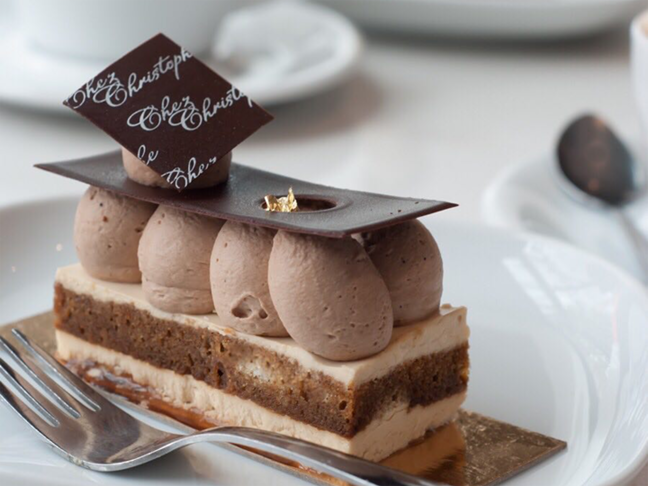 The tiramisu at Chez Christophe in Burnaby. SCREENSHOT/INSTAGRAM

Welcome to my new blog, Bite. Me.

I call it that because it’s mostly going to be about individual bites that I love on the Burnaby food scene. And those bites will tell you more about me because taste is food is such a personal thing.

My friends and I argue about food constantly because our appetites vary so wildly – which makes choosing a restaurant difficult.

We’re always in the mood for different things.

So this blog will look at certain bites that curled my toes and have me coming back for more. If you have suggestions for great bites in Burnaby, email me at ccampbell@burnabynow.com.

THE HUNT FOR THE GREAT TIRAMISU

Perhaps the worst thing that’s ever happened to my culinary life was having a terribly-made tiramisu on the very first try.

I was probably 18 and somebody served me a rum-soaked pile of garbage that was allegedly tiramisu. It was so terrible that I vowed to never eat tiramisu again.

Oh, how much I missed out over the years.

It wasn’t until three years ago that a friend forced me to try tiramisu again and it was a revelation. I discovered that good tiramisu doesn’t taste like guzzling a rum bottle, but is light and fluffy with distinct coffee notes. I was also surprised I liked it because I don’t actually drink coffee.

Since then, I have been searching for even better bites of tiramisu. I order it as much as possible when I see it on a menu because I’ve become obsessed with it. Unlike many other desserts, tiramisu always seems to be a little bit different each time I try it – unlike, say, cheesecake which doesn’t seem to vary too much from each other. At least that’s my opinion (please put away your pitchforks and torches).

Then, one day, I was wandering through the edges of Burnaby’s Heights neighbourhood and came upon Chez Christophe – which is a fantastic name for anything, of course.

Inside this shop, located at 4717 Hastings St., is a stunning array of desserts, from macarons to cakes to croissants.

As I was perusing the items, I suddenly spotted the tiramisu, which looked so different from any other tiramisu I had seen before. As you can tell from the photo, Chez Christophe is stacked much higher than a traditional tiramisu, with mascarpone mousse with coffee-infused whipped ganache on a sponge soaked in espresso.

It retails for $6.20, and was so good I honestly felt like I need a cigarette afterwards – and I don’t even smoke.

My mouth felt like it was bouncing along sugary pillows, although it isn’t overly sweet. It’s just so subtle and you are able to discover so many distinct flavours.

Some tiramisus have too much dry powder on the top or the cake is too damp. This bite, however, was as perfect as it gets.

I’m afraid it has nudged out of top spot the tiramisu I’ve had at Baci Ristorante, located on Hastings, just east of Boundary Road in Burnaby. Their tiramisu is rock-solid and looks more like a traditional tiramisu.

Chez Christophe’s tiramisu was so good, I’m tempted to never try anyone else’s again. But I will. Maybe someone else will knock them off the top of the dessert pyramid one day.