Nanaimo results have positives for BC Liberals, disaster for Greens

The BC NDP’s hold on power is stable again with the party’s byelection win in Nanaimo, but the result may also provide some lessons for its two rival parties. While sitting governments usually lose byelections in B.C.
Feb 4, 2019 9:37 AM By: Keith Baldrey 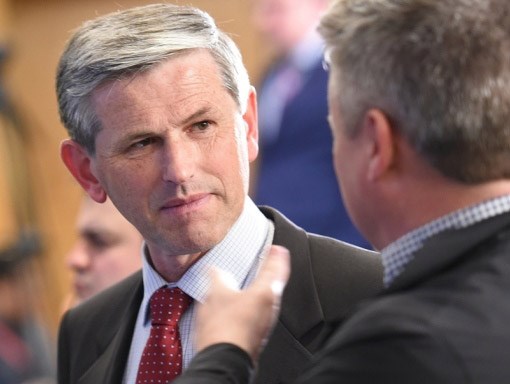 The BC NDP’s hold on power is stable again with the party’s byelection win in Nanaimo, but the result may also provide some lessons for its two rival parties.

While sitting governments usually lose byelections in B.C. (just three of the last 24 before Nanaimo went the government’s way), Nanaimo is an NDP stronghold (the party has won 14 of the last 16 elections there).

Percentage-wise, the NDP actually improved its vote compared to the 2017 general election, climbing to almost 50 per cent from 46.5 per cent. When the final count is completed this week (there are still more than 2,800 absentee ballots to be counted), the party will likely come close to matching or even exceeding its vote total in 2017.

For the BC Liberals, there was some good news, but it was disastrous for the B.C. Green Party.

The BC Liberals got more votes than it did in 2017, climbing about eight points. Many of those votes likely came from people who voted for the Greens in 2017 and if that kind of scenario is repeated in other key ridings in the next general election, it may be enough for some to swing the BC Liberals’ way.

Another NDP-held riding that could be affected by a steep drop in Green support is Maple Ridge-Mission, while two BC Liberal-held ridings (Richmond-Queensborough and Coquitlam-Burke Mountain) may revert to their usual status as “safe” BC Liberal ridings.

One reason for the modern improvement in the BC Liberal vote is that it ran a relatively young candidate in 35-year-old Tony Harris. BC Liberal leader Andrew Wilkinson said Harris’ campaign shows his party now has to get younger and more diverse. He dropped broad hints that some veteran caucus members should consider retiring.

This may cause some internal tension in the BC Liberal caucus, but the party has no choice but to redefine itself with fresher faces.

Green Party leader Andrew Weaver, meanwhile, seemed frustrated over his party’s terrible showing in Nanaimo and hinted his caucus may revisit its relationship with the NDP. The party is the junior partner in the ruling NDP-Green alliance and has nothing to show for it, other than a loss of identity.

The B.C. electoral map is tight. One party or another won most ridings rather comfortably, but if the Green vote is indeed declining, those defecting voters in just a few ridings may decide the next election outcome.

Keith Baldrey is chief political reporter for Global BC