Summer has finally arrived as far as weather and that means more kids out and about. Which means drivers need to slow the (expletive deleted) down, especially around parks and schools.
Jul 26, 2020 9:06 AM By: Burnaby Now 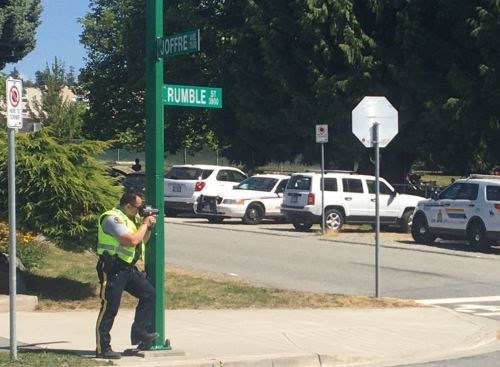 Summer has finally arrived as far as weather and that means more kids out and about.

Which means drivers need to slow the (expletive deleted) down, especially around parks and schools. Just because school isn’t in session, doesn’t mean kids aren’t hanging around schools hitting the playgrounds.

Burnaby RCMP enforced that message by spending a few hours on Saturday doing traffic enforcement at playground and school zones around the city.

In a short time, police nailed 55 speeding drivers, including three for excessive speeding. That means those three drivers had their vehicles impounded and received a minimum $368 ticket.

Hope it was worth it.

Burnaby school trustees Bill Brassington and Jen Mezei have asked the city’s traffic safety committee to work with the school district to extend the hours of school-zone speed limits to 7 a.m. to 10 p.m., seven days a week.

Brassington and Mezei cited results from a BCAA School Zone Safety Survey, which highlighted persistent speeding problems in B.C. school zones, and pointed out that more Burnaby schools are now being used for activities outside of regular school hours.

That makes perfect sense. Schools are community hubs even when school isn’t in session. That means kids playing in the area, especially during summer months. Slowing down the speeds all year is another step in training drivers to pay more attention.

The RCMP say they also caught a lot of other drivers exhibiting dangerous behaviour. These are the offences just in one week:

I thought people not wearing masks were the biggest threat right now, but add to that list reckless driving trying to take advantage of lighter pandemic traffic.