Opinion: B.C. finally acts on slowing planet of the vapes

Years ago, in that more trusting era when men wore hats and the planet was our smoking section, 20,679 physicians agreed that Lucky Strike cigarettes were less irritating to the throat. After all, they were toasted.
Nov 15, 2019 10:01 AM By: Staff Editorial 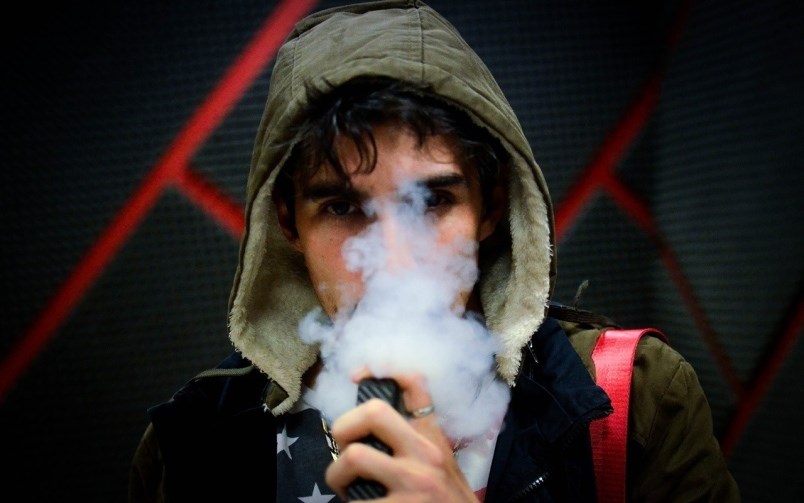 The B.C. government is expected to announce changes today (Nov. 14) around vaping especially in regards to young people in the province. Photo iStock

Years ago, in that more trusting era when men wore hats and the planet was our smoking section, 20,679 physicians agreed that Lucky Strike cigarettes were less irritating to the throat.

After all, they were toasted.

Dentists backed Viceroys, athletes touted Camels, and future U.S. president Ronald Reagan opted for Chesterfields as generations blackened their lungs, yellowed their teeth and made the air as ugly as their habit.

We hoped that era was over but, much like virulent racism and junk science, it survived on social media. While Juul marketed vape juice on brand new platforms, they recycled very old cigarette ads featuring attractive young people who presumably never hack up anything awful in the morning or suffer shortness of breath.

The strategy, which emphasized kid-friendly flavours like cotton candy and pink lemonade and downplayed reports of impurities like formaldehyde, seemed to work as Canada’s vaping rate among young people shot up 74 per cent between 2017 and 2018.

Our province, finally, is acting.

Sin taxes are the first order of government business, as the province intends to introduce legislation later this month to increase the provincial sales tax (PST) rate applied to vaping products from seven to 20 per cent.

The new tax rate would go into effect on Jan. 1, 2020 and applied to all vaping devices, the substance or juice that is used with the vaping device and any vaping part or accessory.

The legislation would also include increasing the tobacco tax rate by two cents: the tax applied would be 29.5 cents per cigarette and 39.5 cents per gram of loose tobacco.

Nicotine gum, patches and similar smoking cessation products would continue to be exempt from the PST.

“It’s time we addressed the rapidly growing use of vapes by young people in B.C., as vape advertising and the draw of vapes for youth become even more attractive and deadly,” provincial medical health officer Bonnie Henry said in a news release. “We have years of successful and effective anti-smoking efforts already, and it’s beyond time we turned to solve the problem of a new generation of young people addicted to nicotine.”

The new regulations will restrict the amount of nicotine in vapour pods and liquid to 20mg/ml and will require plain packaging for vapour products that include health warnings.

Public advertising of vapour products will also be restricted in areas where youth spend time, such as bus shelters or community parks. The sale of vapour flavours, other than tobacco flavours, will only be allowed in age-restricted shops.

All public and private schools in B.C. are tobacco and vape free, while the buffer zone for smoking or vaping near windows, doors or air intakes is six metres.

As of Nov. 12, federal health authorities reported an additional five probable cases of severe lung illness related to vaping in the country — two in New Brunswick and three in British Columbia.

The province’s announcement follows news of a Michigan teenager who needed a double lung transplant after his lungs were severely damaged from vaping. The doctor who led the surgery called vaping: “an evil I haven’t faced before.”

But he has. We all have.

- With files from the North Shore News and the Vancouver Courier

Rising number of Canadians ready to rethink country's relationship with the monarchy: poll
Mar 1, 2021 6:00 AM