A pipeline protest is once again putting the BC NDP government in a political pickle. The energy project in question is the Coastal GasLink natural gas pipeline that will connect to the LNG Canada terminal in Kitimat.
Jan 6, 2020 9:54 AM By: Keith Baldrey 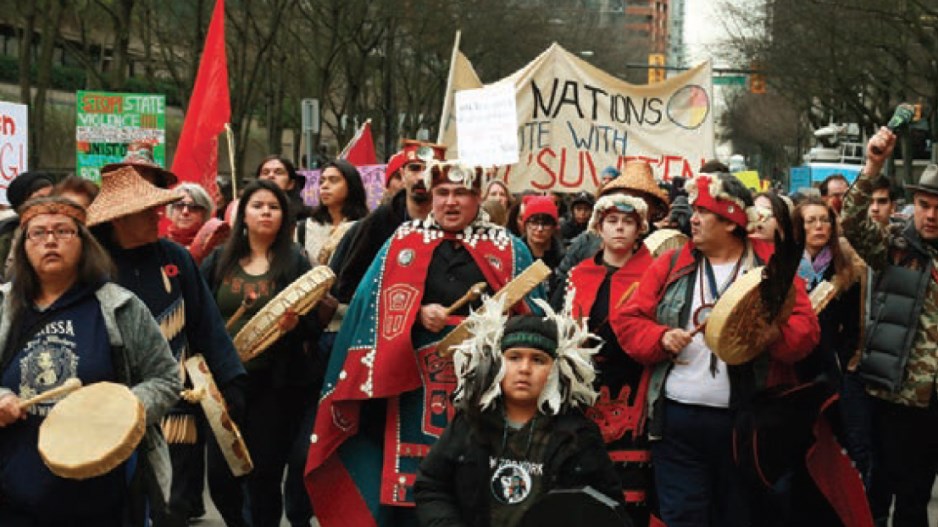 A pipeline protest is once again putting the BC NDP government in a political pickle.

The energy project in question is the Coastal GasLink natural gas pipeline that will connect to the LNG Canada terminal in Kitimat.

The company building the pipeline says it has signed benefits agreements with all 20 elected First Nations councils along the line’s route. However, five unelected “hereditary chiefs” of the Wet’suwet’en First Nation oppose the project and are doing everything they can to block or disrupt its construction.

The latest move by the five chiefs (and a handful of activist supporters) was to issue a so-called “eviction notice” to Coastal GasLink workers at a site near Houston, B.C. That notice came after a B.C. Supreme Court justice extended an injunction against the pipeline protesters barring them from blocking company workers.

This dispute has all the markings of a confrontation that could get out of hand easily, and one that will put the NDP government on the spot.

Already, the BC Liberals are demanding Premier John Horgan fire Forest Minister Doug Donaldson, whom the party claims has expressed support for the illegal blockades in the past. Horgan is not going to do that over this issue, but his possible cabinet shuffle may lead to a change in who holds that portfolio.

A more pressing issue for the government is ensuring the LNG Canada project gets over the finish line, while walking a political tightrope when it comes to dealing with First Nations.

The government will inevitably have to align itself with the company’s position, and thus will likely find itself in a dramatic showdown with the five hereditary chiefs and their supporters. The RCMP is already involved in the situation and their presence has heightened tension at the protest camp in the past.

The tensions have split the Wet’suwet’en community, although most reports seem to indicate the protesters have the support of a minority of the members of the 12 hereditary house groups. As well, the five hereditary chiefs who oppose the pipeline have been accused of unfairly trying to influence three female hereditary chiefs who support the project.

This ongoing, unresolved dispute has magnified some key questions that can arise when trying to secure First Nations’ support for energy projects, such as: are elected councils the proper bodies to negotiate with, or are hereditary chiefs the ones to deal with? And if the support is gained of most First Nations along a project’s corridor, is that enough if a minority of other First Nations oppose it?

All tough questions and ones the NDP government will have to answer.

In this particular case, however, the NDP will have to follow the rule of law as defined by the courts. And doing that is going to be one heck of a political mess to get through.