One resident details how her home was damaged by nearby construction
Jun 21, 2021 11:32 AM By: Chris Campbell 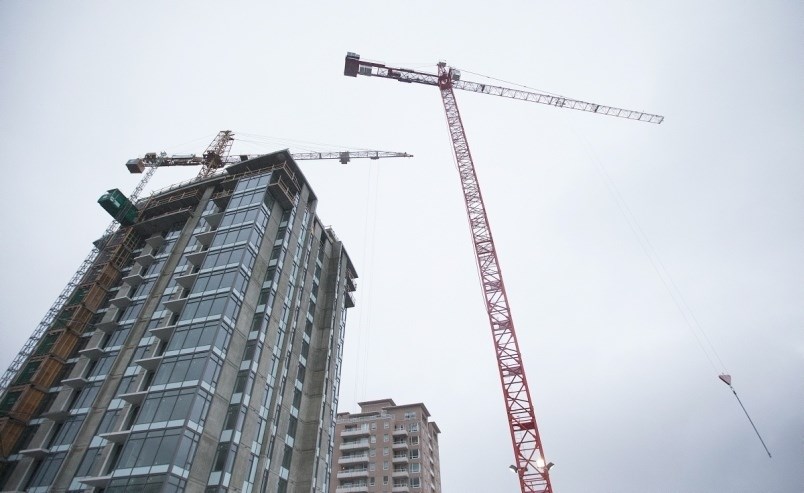 Jane has some advice for a group of Highgate residents who are fighting against a new construction project near them.

“My advice is to fight it with everything they've got beforehand because there won't be anything they can do when they're woken by being physically shaken in their beds, with drywall cracking around them, pots and pans rattling on the stove, and having to remove pictures from the walls as I was,” said Jane. “It was a nightmare I wouldn't wish on anyone.”

Well, the neighbours are trying.

A city staff report detailed complaints made at a March 30 public hearing about a proposal for a property. Proposed is a six-storey mixed-use commercial and rental building, plus a 40-storey residential tower with townhouses at a property listed around Kingsway, Greenford Avenue and Beresford Street.

At the public hearing, council received eight verbal submissions and eight written submissions, including a petition with 118 signatures representing 118 of 154 residential units at 7077 Beresford St.

“All of which expressed concerns,” reads the report.

“Concerns were raised regarding noise and air pollution generated by construction activities,” says the report. “Residents on the adjacent property to the east of the subject site have requested that the City establish as a condition of development of the subject site that the developer provide monetary compensation to the owners for the hardship experienced during construction.”

Another resident also demanded the “developer provide alternative, offsite accommodation during the construction period,” which would last for multiple months.

In response, the city staff report said it couldn’t force the developer to pay compensation.

Jane told me that neighbours are powerless in these situations.

“I was not only subject to extreme noise, but also physical shaking which caused damage to my newly renovated townhouse,” Jane said. “My intentions are only to let them know that they could well have damage to their buildings during the excavation stage depending on proximity, and that I absolutely wish them all luck in everything they do to fight what will undoubtedly be an awful experience. I couldn't get the support from neighbours or fellow council members at the time, and am still bitter about the damage done to my home, and the fact that I couldn't get help from either the City of Burnaby, nor the police, nor anyone, even though cracks were appearing almost daily in my drywall, both in ceilings and walls.  The developers and construction company knew what was happening, yet I received no compensation.”

This isn’t some isolated situation.

Many areas of Burnaby, especially Metrotown and Brentwood, are the sites of multiple construction projects in which huge residential towers in a process that can last a year or longer.

It’s a fact of life in Burnaby’s four city centres. Noise is one thing, but having your home be damaged simply by being located close to a construction project would be maddening.

Jane called it a “nightmare” and it’s hard to argue with that. I wish I knew a solution.