Let me state up top here that I’m not sold that the so-called Stormont-McBride connector idea is some sort of magical solution to the traffic nightmare that is 10 th Avenue and Canada Way.
Oct 18, 2020 10:19 AM By: Chris Campbell 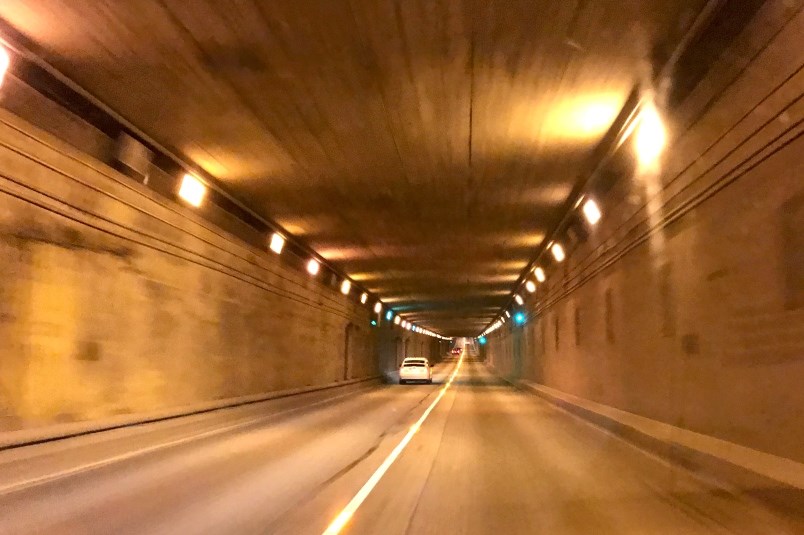 Let me state up top here that I’m not sold that the so-called Stormont-McBride connector idea is some sort of magical solution to the traffic nightmare that is 10th Avenue and Canada Way.

But Burnaby’s council’s rejection of the idea and unwillingness to include it in the city’s work on a new transportation plan is short sighted. I think more work should have been done on the concept, including more study and perhaps some tweaks to the idea.

But first, a little background.

The proposal came at the end of May from transit advocate Nathan Davidowicz, who suggested the city incorporate the so-called Stormont-McBride connector into its transportation plan - citing the new Pattullo Bridge replacement that’s in the works and potential related increases in traffic.

Currently, McBride Boulevard ends at 10th Avenue, forming a T-intersection with a small park blocking the route from continuing onto Newcombe Street.

The connector would have continued past 10th Avenue in an 800-metre-long tunnel underneath Newcombe until 18th Avenue. Past 18th, the road would run on ground level, veering right for several blocks and then turning left to connect with the Gaglardi Way bridge over Highway 1.

Right now, traffic is a nightmare along 10th Avenue and Canada Way as commuters – many of them from Surrey – try and find their way to Highway 1 or along alternative routes to get them to Vancouver. Some cruise along 10th all the way to Marine Way.

Life would be better if Surrey drivers just went to new Port Mann bridge, but instead people in New Westminster and Burnaby have to deal with these drivers using our communities as a way to cut through on their journey to Vancouver.

The fact is these drivers are not going to stop using these routes anytime soon, especially with a new Pattullo replacement. Life would have been great for us north of the Fraser if the province and TransLink just tore down the bridge and didn’t replace it. Imagine how peaceful things would be without tens of thousands of vehicles cutting through our communities. But that’s not happening so we have to find a way to deal with the situation.

Rejecting the connector idea in favour of doing nothing just ignores the fact that these traffic volumes will continue.

They might even get worse thanks to the new Pattullo bridge. Right now, the replacement is only four lanes, but plans have been left open to bump it up to six lanes, which means it would attract even more vehicles to use it.

City staff rightly pointed out that the purpose of the new Pattullo was about safety and not increasing traffic volume, but that changes if it expands one day to six lanes.

Coun. Sav Dhaliwal also suggested the province was underestimating the increase in traffic from the bridge replacement, particularly if it is expanded to six lanes in the future. He expressed frustrations with the heavy traffic flow from Canada Way, which he said was being used by drivers crossing the Pattullo Bridge, seeking a connector to Highway 1.

The Stormont-McBride connector isn’t necessarily the right fix, he said, but he did say something needed to be done to alleviate traffic on Canada Way, which he said would only get busier with the new bridge.

“Let’s clean up our roads,” he said. “If we aren’t going to do it, well, let’s close some parts of Canada Way so that people can’t come through there. So we could make it, really, a bus route.”

I don’t know if that’s a solution, but at least Dhaliwal is acknowledging more solutions are needed instead of just outright rejecting a connector.

A connector of some sort would create more of a straight line to Highway 1 compared with the current situation.

What we have now is just a mess of drivers turning off into all sorts of directions.

Like I said, I’m not saying connector in its current proposed form – developed in 1979 – is that magical solution but it could be developed and enhanced to make it work better than the current situation, which is a bloody mess.

I’m always suspicious of cities rejecting these kind of projects. It always feels like they are too controversial, too big and too expensive for cities to even consider so it’s just easier for them to reject and move on.

The city is trying to say that this doesn’t match its climate goals, but it’s not like the current mess is going to just go away. A connector is just a possible way to make the current situation more efficient by creating a shorter route than what drivers are currently taking.

The discussion about the connector also came with this howler from Coun. Pietro Calendino, who said, “I’m not sure what the solution is, other than discouraging single-occupancy traffic, and that’s something beyond our capability.”

Um, what? Isn’t the city’s new transportation plan all about discouraging single-occupancy traffic through encouraging more active transportation like cycling? And here is one councillor just throwing up his hands on it?