Opinion: Burnaby lagging behind Vancouver on these speed limits

The City of Burnaby needs to speed things up on slowing things down. The City of Vancouver is going forward on making school and playground zones 30 km/h during all hours of the day instead of just from 8 a.m. to 3 p.m. on school days.
Jul 11, 2020 5:45 AM By: Chris Campbell 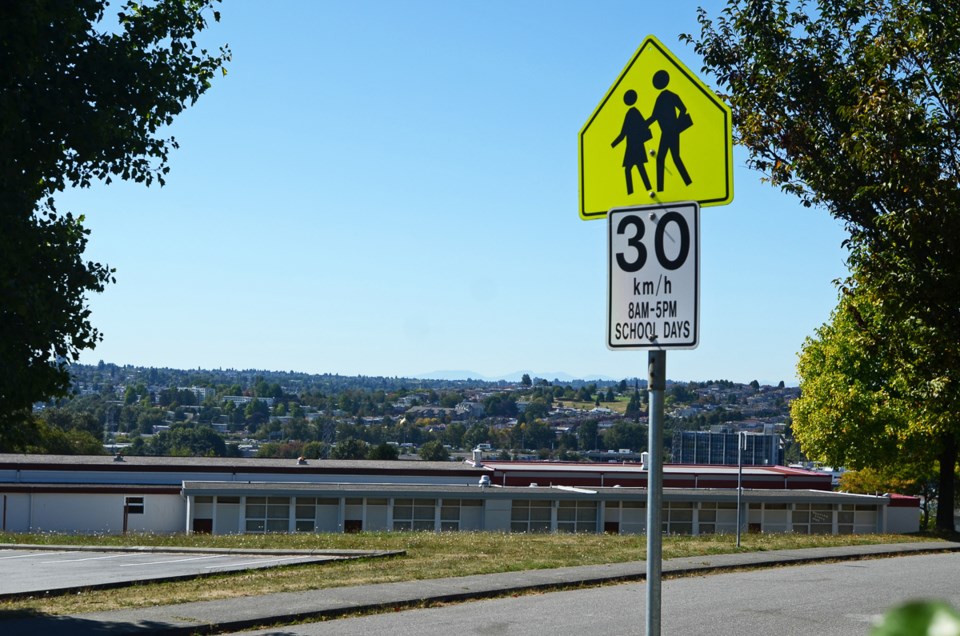 The City of Burnaby is looking to install 32 large school zone signs at local elementary schools at a cost of $55,000. The estimate includes the manufacturing and installation of the signs, which measure four by eight feet.Cornelia Naylor

The City of Burnaby needs to speed things up on slowing things down.

The City of Vancouver is going forward on making school and playground zones 30 km/h during all hours of the day instead of just from 8 a.m. to 3 p.m. on school days.

Burnaby needs to do the same. The Burnaby School District agrees with me because in fall 2019, it asked the city to make these changes.

School trustees Bill Brassington and Jen Mezei asked the city’s traffic safety committee to work with the school district to extend the hours of school-zone speed limits to 7 a.m. to 10 p.m., seven days a week.

Brassington and Mezei cited results from a BCAA School Zone Safety Survey, which highlighted persistent speeding problems in B.C. school zones, and pointed out that more Burnaby schools are now being used for activities outside of regular school hours.

That makes perfect sense. Schools are community hubs even when school isn’t in session. That means kids playing in the area, especially during summer months. Slowing down the speeds all year is another step in training drivers to pay more attention.

“(Schools) are the hearts of our communities,” tweeted Burnaby school trustee Peter Cech after Vancouver made its decision. “Indoor spaces used beyond school house. Outdoor spaces used well into the evening 7 days a week. #Burnaby can do the same as Vancouver to help keep our kids safe.”

When this issue came up before the traffic safety committee in February, assistant director of engineering Doug Louie said the city needs to consider the implications for drivers moving across Metro Vancouver.

“We need to make this consistent and clear, so whether you drive in Vancouver or Richmond or Coquitlam, you want to have similar rules and regulations because people will get confused,” he said.

Work on the request should start in spring or summer, depending on the availability of staff resources, according to Louie.

Sounds like the cheque is in the mail. Vancouver has made the first move. Burnaby needs to put things into drive.