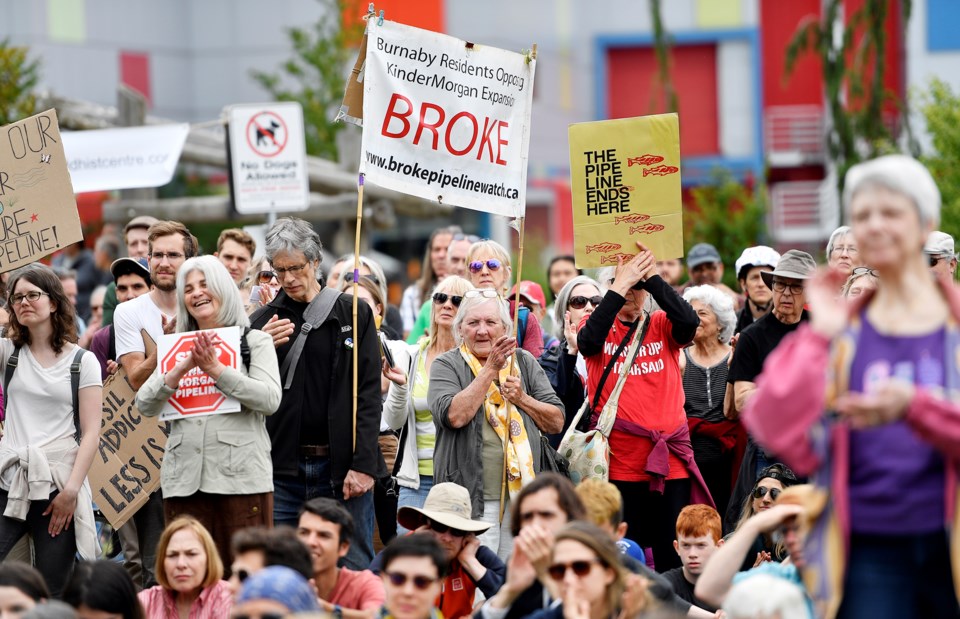 Members of BROKE attended a rally in opposition to the Trans Mountain pipeline at Creekside Park in Vancouver. Photograph by JENNIFER GAUTHIER

BROKE has been at the forefront of protests and its members are sincere in their opposition.

So it pains me to take issue with a plea the group issued today to B.C. Premier John Horgan.

You can read the full letter here, but a main point BROKE makes is wanting to waste millions of taxpayer dollars on a pointless advertising campaign.

The letter mentions that Alberta Premier Jason Kenney “spent more than $4.6 million bombarding the airwaves and internet with pipeline propaganda and his predecessor Rachel Notley spent $23.4 million on pro-pipeline ads.”

The letter then says B.C.’s government has been “silent, with no ads defending our coast.”

So the implication is that BROKE wants B.C. to wage a pricey ad campaign like the one in Alberta.

For one thing, Kenney’s campaign is widely viewed as an utter waste of money that was more for show than anything. Justin Trudeau’s Liberal government had already bought the pipeline and has been throwing all its resources into getting it done.

That had nothing to do with Alberta’s ad campaign.

Secondly, an ad campaign opposing the Trans Mountain project is irrelevant at this point – trying to sway public sentiment will have no impact on the decisions made by government and the court system.

If anything, spending millions of dollars on ads instead of important government services might actually backfire because it would be seen as a wasteful allocation of resources.

I’m not saying Horgan has done a good job of using all of the tools he said were in the toolbox, but spending that kind of money on anti-pipeline ads would be a terrible decision.