Richard Campbell is a tough man to please when it comes to pedestrian and cycling infrastructure in Burnaby.
Apr 4, 2020 5:48 AM By: Chris Campbell 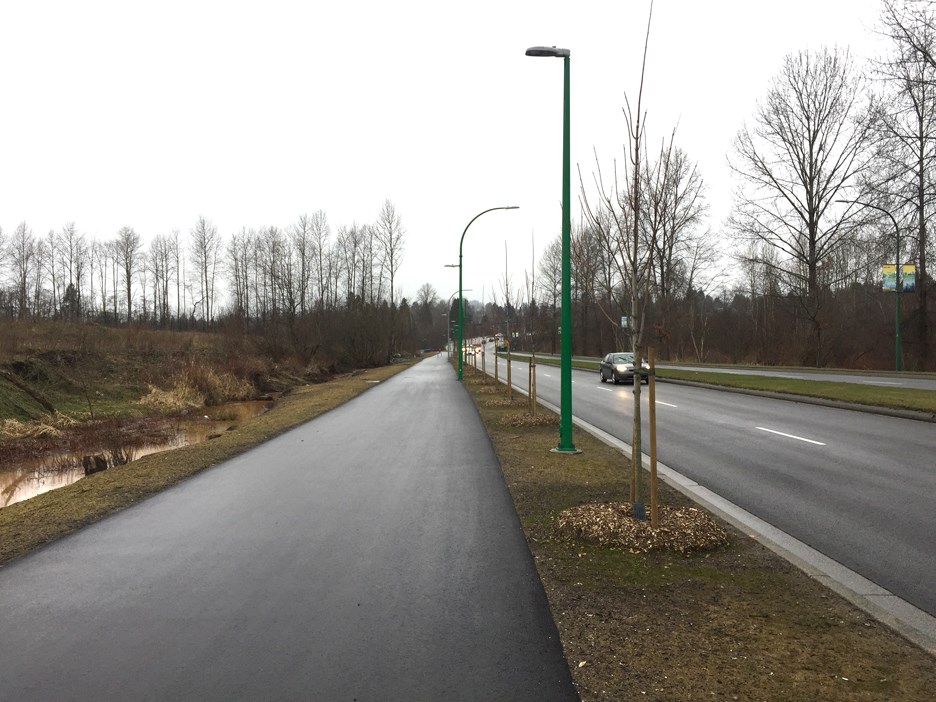 This section of urban trail on Kensington Avenue is approximately 600-metres long and four-metres wide. This was part of a larger project, which included road paving, landscaping, new street lighting and intersection improvements. Richard Campbell photo

Richard Campbell is a tough man to please when it comes to pedestrian and cycling infrastructure in Burnaby.

He’s been an ardent critic on social media of the lack of protected bike lanes in the city, as well the lack of sidewalks on Lougheed Highway at Gilmore during construction.

So when he gives Burnaby some credit for something, it’s note-worthy.

Campbell (no relation) has some kind words about the newly completed Kensington Urban Trail.

Campbell said it’s a big improvement from the inadequate path starting from the Kensington overpass towards Joe Sakic Way.

“When I used the path, my destination was one of the large business parks along Canada Way just west of Kensington,” he said. “The only way to get there was along the rather narrow sidewalk. Also saw other cyclists using it.”

This section of urban trail is approximately 600-metres long and four-metres wide. This was part of a larger project, which included road paving, landscaping, new street lighting and intersection improvements.

The intent, according to the city, was to provide improved connections to the Central Valley Greenway.

“The wide trail provides a more comfortable experience for people walking, cycling or with any type of mobility device,” said the city. “A 1.8m boulevard, providing a greater separation from vehicles, and improved lighting both contribute to a greater feeling of safety for those using the trail.”

The cost of the urban trail and related improvements is approximately $850,000.

On nearby Deer Lake Avenue, this year, the city is also installing another section of urban trail.

This project is approximately 450 metres, connecting important destinations throughout Deer Lake Park, including Burnaby Village Museum and City Hall, and will connect the Urban Trail on Deer Lake Parkway with the Lakes bike route. This multi-use path is an important link that will also serve users of the nearby high school, City Hall, and several Parks facilities on the south side where major cultural events are held with up to 10,000 people in attendance.

Now, this doesn’t mean Campbell doesn’t have suggestions for the city.

He thinks the city should temporarily reallocate a lane of traffic along Canada Way while the traffic is “low due to the pandemic. This would both make cycling safer and give people walking more space to physically distance. This could connect to the path along Dear Lake Parkway that unceremoniously ends at the school.”