Opinion: ‘Chris in Burnaby’ is cool with seniors dying of COVID-19

The narrative being spread by the President Orange Stain in the U.S. is that the death totals from COVID-19 are no biggie because it’s mostly seniors who are dying.
Jun 27, 2020 9:55 AM By: Chris Campbell 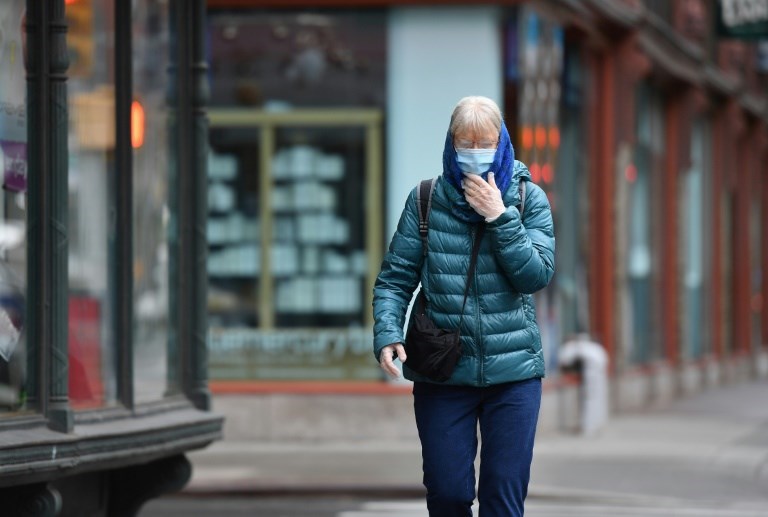 A New Yorker wears a face mask on the street

The narrative being spread by the President Orange Stain in the U.S. is that the death totals from COVID-19 are no biggie because it’s mostly seniors who are dying.

Seriously, that’s the way many in the Republican establishment and right-wing trolls are trying to downplay things. COVID-19 is “just like the flu,” they say, and younger, healthier folks are just fine if they get it (not true) so government doesn’t need to take drastic action.

Some U.S. politicians, including Texas Lt. Gov. Dan Patrick, and citizens even said it was OK to sacrifice the elderly if it meant getting the economy moving again.

Well, it’s not just some Americans who think this. So does “Chris in Burnaby,” who responded to my series of blogs pushing to make the wearing of masks while in indoor public places mandatory.

First, “Chris in Burnaby” challenged the science about wearing a masks.

“Well, how come you didn't put up the names of all these so-called experts that are saying to wear a mask,” he wrote.

Actually, I did. I wrote that Canada’s chief public health officer, Dr. Theresa Tam, is now recommending people wear non-medical face masks, especially when physical distancing isn’t possible. Now I know the messaging from Tam has changed from an earlier stance, but that’s based on the latest science as more is known about COVID-19. Things evolve during a pandemic, but when messaging changes, trolls see it as a great, big conspiracy.

“Chris is Burnaby” also tried to minimize the number of deaths, saying it was a tiny percentage of our population and that it’s “no worse than the regular flu.”

Again, trying to minimize deaths is just so sad and enraging. The reason why Canada’s numbers of fatalities are so much better than other countries is precisely because of the precautions taken.

Just look at Brazil and the U.S. – whose leadership has failed on all levels - and tell me those numbers aren’t horrific.

And then “Chris in Burnaby” dropped the whole it’s-just-seniors-who-are-dying bomb by referencing repeatedly the over-70 demographic who are dying, as though their lives don’t matter.

“This is no worse than the regular flu. It's too bad you people are so afraid of your own shadows that you're going to be controlled by the government LOL.”

This is the height of inhumanity. It also ignores the fact that people of all ages have died of COVID-19 and that people who get sick from it, and manage to survive, are likely to have long-lasting health impacts.

This is not just like the flu so stop spreading this lie and grow a conscience.

Oh, and put on a mask if you are going to be around other people.