Opinion: Heather Leung got fired, but she doesn’t appear to be quitting

Heather Leung was finally ousted as the Conservative Party of Canada’s candidate for Burnaby North-Seymour – after more homophobic comments surfaced. I say “more” because it’s not like these were the first of such comments.
Oct 5, 2019 7:40 AM By: Chris Campbell 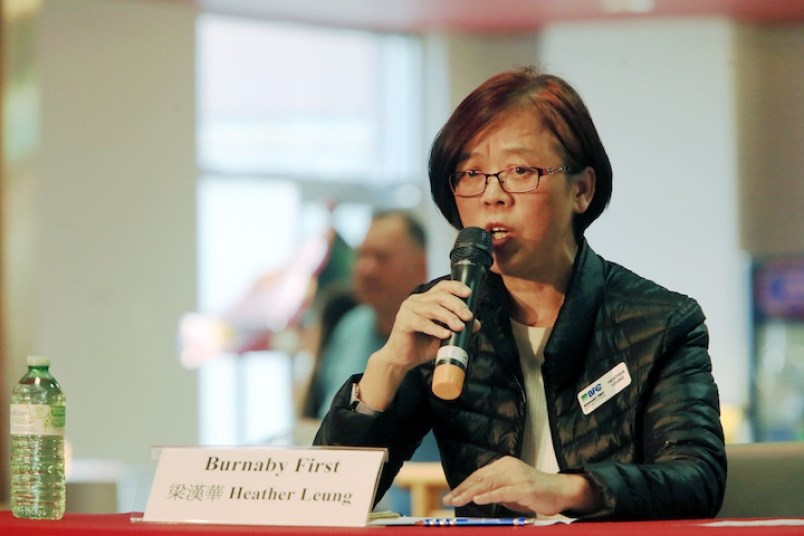 Heather Leung was finally ousted as the Conservative Party of Canada’s candidate for Burnaby North-Seymour – after more homophobic comments surfaced.

I say “more” because it’s not like these were the first of such comments. You can read about them here and here (you might need to hose off afterwards).

So, what happens now?

Well, her name will still be on the ballot and the Conservatives cannot name a new candidate for this riding because the deadline was Monday. Imagine if things come down to a single riding.

If, by some terrible miracle, Leung won the riding, she would not sit in Parliament as part of the Conservative caucus.

Perhaps she can form her own “Conversion Therapy Party” since she seems so enamoured with this disgusting thing.

Oh, did I forget to mention that Leung is apparently still running in the election?

It certainly appears so based on comments by Leung’s campaign manager, Travis Trost, who spoke with NOW reporter Kelvin Gawley Friday night, not long after the Conservatives announced they had fired her as a candidate.

Trost said Leung will be on the ballot, no matter what the CPC says, and that her team is now regrouping and deciding how to proceed.

But Trost later told Global BC’s Jordan Armstrong that she was still running and planning to campaign today, according to a tweet by the reporter.

Now, perhaps this was just bravado and stubbornness from Trost, who was commenting just minutes after she was dumped as a candidate. When Leung wakes up today and realizes she will have no financial or organizational support from the party, she might decide it’s not worth it.

When Karen Wang was booted by the federal Liberals earlier this year during the Burnaby South byelection, she threatened to continue running as an independent before coming to her senses. I think it was the overwhelming amount of media members who showed up to her tear-filled press conference held in the parking lot of a Burnaby library that brought reality home.

But who knows? Maybe Leung is that stubborn or deluded.

NOW political columnist Keith Baldrey tweeted out something interesting Friday night. He said that in 2015, about 8,500 people voted for the Liberal candidate in a Victoria riding after being forced to drop out. We could see the same thing again.

I’m sure there will be Conservative voters who will still vote for her name because they refuse to vote Liberal, Green or NDP. Or perhaps they will swing their voters over to the People’s Party of Canada.