Opinion: Heather Leung lectured other candidates in Burnaby on the evils of drugs

Leung showed up unannounced to a debate at Crystal Mall, much to the surprise of other candidates
Oct 6, 2019 8:11 AM By: Chris Campbell 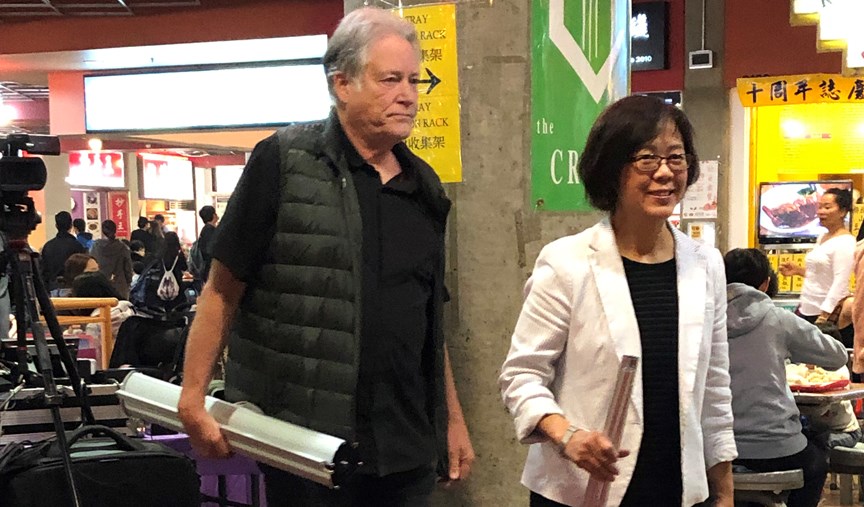 If there was any doubt Burnaby’s Heather Leung was still running in the federal election, she erased that on Saturday.

The now-independent candidate for Burnaby North-Seymour – who was fired Friday by the Conservative Party of Canada over homophobic comments, but is bizarrely still using her former party’s signs – showed up unannounced to an election event at Burnaby’s Crystal Mall.

It was an all-party debate for a mainly Mandarin-speaking audience in the mall food court that was co-hosted by Ming Pao Daily News (a Chinese newspaper) and AM1320 (a Chinese radio station).

Andy Cheung from AM1320 said invitations were extended to all of the political parties. Leung, however, is no longer with the Conservatives.

After the debate portion of the event for candidates – who hailed from several communities, including Conservative Jay Shin in Burnaby South – the audience was invited to come to the microphone to “ask questions.”

Leung, who was sitting in the front row, according to the source (who asked not to be named), stood up and gave a short speech that said, "legalizing cannabis and decriminalizing all drugs is deteriorating the world."

That’s technically, I guess, a question, but seriously, what candidate just shows up to an election event and then uses audience time to rant?

According to Leung’s campaign manager Travis Trost, it’s too late to separate her name from the conservative name on the written ballot. He doesn’t know what will happen if she’s elected. @CityNewsVAN @NEWS1130 @BT_Vancouver pic.twitter.com/TAtFVpNjNZ

Cheung did say in his email that all "uninvited" candidates were welcome to speak at the microphone, but that seems patently unfair to the other candidates. I'm shocked that media outlets would allow something like this to happen. Leung doesn't have the courage to sit up on stage and take questions from the audience on her policies, but gets to spout off during audience time without being challenged by the other candidates. After all, it is a debate, isn't it?

Leung has only shown up to one other public election event, a business “mixer” on the North Shore. She has so far refused to take part in the other all-candidates’ debates, which is cowardly for any candidate.

It’s all so weird. Also weird was Leung’s campaign manager Travis Trost earlier in the day seeming unembarrassed to still be using Conservative campaign signs that have Leung’s name on them, despite her not being their candidate any longer.

As you can see from the tweet in this column, the team was loading up the signs, which were presumably paid for by the Conservatives.

That doesn’t seem right, but here we are.