Opinion: Here's what it's like to go to a dentist during the pandemic

Heading in for a routine cleaning looks a little different these days.
Aug 29, 2020 9:36 AM By: Megan Lalonde 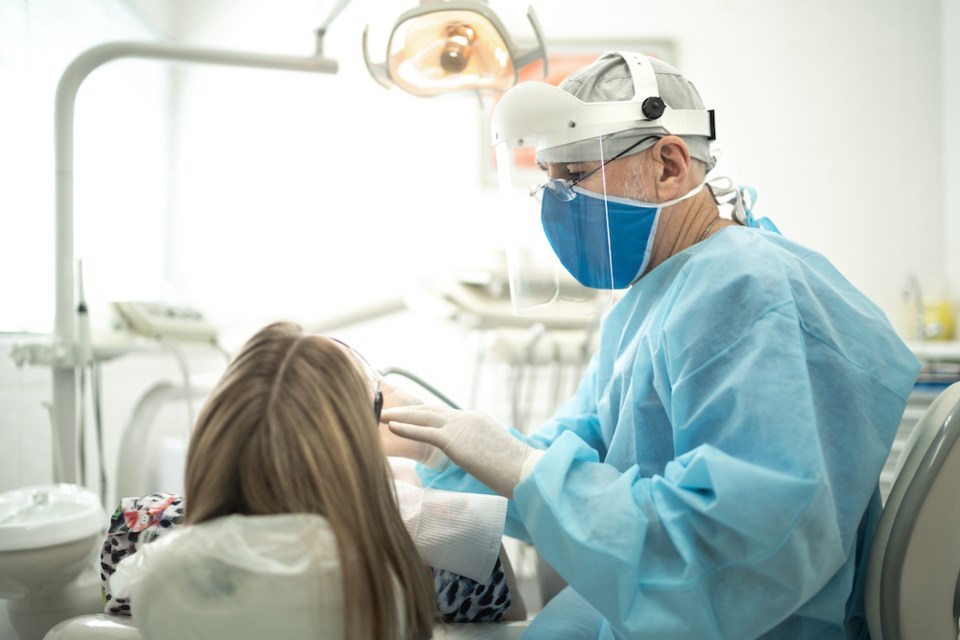 COVID-19 has forced dental offices to re-think how they provide care during a pandemic. Photo: Getty Images

When I received the phone call two weeks beforehand, I was hesitant.
It was my dentist's office calling to confirm whether I was still interested in coming in for my regular eight-month cleaning.

I'd booked the appointment all the way back in November, unsure what my summer plans would look like but figuring I could always cancel or reschedule if something came up. Not that I ever even considered that 'something' could be a global pandemic.
Over the phone, the office manager walked me through the protocols that would be in place during my visit, and asked whether I was comfortable keeping the appointment.

I'll admit to feeling a little pressured to make a decision, and conflicted about whether going to the dentist for a non-urgent appointment was a good idea, despite the laundry list of health and safety measures I had just heard.

Since the COVID-19 pandemic first began, health officials have been imploring all of us to practice physical distancing, mostly because the virus is spread through droplets emitted while coughing, breathing, talking and laughing. Having a stranger's hands in my mouth didn't exactly sound like it should fit on the list of OK behaviour.
However, I said yes in the moment, partly with the intention of cancelling after thinking it over, and then did what any independent, fully-functioning 26-year-old would do: Called my mom for advice.
It turned out she had just been to the dentist herself a few weeks earlier, and said she felt safe doing so. That was enough to convince me not to let a pandemic get in the way of my oral hygiene.
If you're also swaying back and forth between whether it's safe to keep up with routine dentist appointments, hopefully sharing my experiences here can help you make the right decision for you. (Keep in mind my experience is only representative of my specific office and hygienist - a regular appointment might look different at your usual spot.)
I was told to arrive five minutes before my scheduled appointment and to wait outside the office while wearing a mask. I was instructed to call the office, and they'd tell me when it was safe to walk in, so as to limit the number of people in the office at any one time.
However, when I rocked up for my 9:30 a.m. appointment, the door was already open. A staff member met me outside, where she took my temperature (36.4°C! I passed!) and asked me to sanitize my hands before heading inside. Like pretty much every other retail or office space these days, staff wore masks and sat behind a desk outfitted with a plexiglass barrier. Staff handed me a COVID-19 health and safety sheet, which informed me that the College of Dental Surgeons of BC has been given the OK to resume providing services as of Phase 2 of the province's reopening plan, and asked me to initial a list acknowledging that I was aware of the risks of receiving dental care during a pandemic, that I have not knowingly been recently exposed to the virus, that my temperature was not above 38°C, among other stipulations that I probably should have read through more thoroughly.
My hygienist then walked me back to a chair, where she explained that the practice's dentist wouldn't be dropping in during the appointment for an exam as he normally would - a measure intended to limit the amount of contact between numerous people in the office - but that I was welcome to book a separate appointment for that. She told me she'd let me know if she spotted any major issues that would warrant booking that exam ASAP.

She also let me know she wouldn't be performing some routine parts of the cleaning, for example the polishing, because it creates too many aerosols. As someone who thinks tooth polishing pretty much amounts to torture, it's safe to say I had no qualms with skipping that part of the experience.
Before beginning the cleaning, the hygienist put a second mask over the one she was already wearing and topped it all off with a clear face shield. She warned the extra coverings might muffle her voice a little during the appointment. She also handed me a cup of hydrogen peroxide mouth rinse as I took off the mask I was still wearing, and timed me while I swished it around for a full minute, a precaution she said was intended to decrease my bacterial or viral load. Afterwards, she felt around my neck and jaw to check my lymph nodes, explaining that swollen lymph nodes can be a sign that your immune system is fighting an infection.
The most traumatic part of the entire experience occurred about mid-way through the appointment, which pretty much just consisted of my teeth being scraped, when my throat suddenly dried up and I felt the uncontrollable urge to cough while lying down in the chair. I sat up quickly enough to successfully avoid coughing into my hygienist's face shield, but probably gave any other clients or staff in the office a pretty good scare. Apologies! (I feel the need to point out that cough was a one-time incident).
Anyways, some flossing and a little fluoride later, my hygienist said my teeth seemed healthy and announced that I was good to go. She handed me a new toothbrush and floss before messaging the office's front desk staff to confirm that the coast was clear for me to walk down the hallway and settle up. I felt comfortable enough to book my next appointment for March, but who knows what could happen by then.
Again, this was just my experience at one individual dentist's office, but overall the situation seemed as safe as possible under the current circumstances. While the World Health Organization did recently recommend against routine dental work until more is known about how COVID-19 impacts it, having my teeth cleaned with a few precautionary measures in place was something I felt comfortable doing, partly because I don't have a ton of day-to-day contact with others since I work from home.

Skipping the tooth polishing was just an added perk.

For more information about dental visits in B.C. during the COVID-19 pandemic, visit the College of Dental Surgeons of BC's website.