The BC NDP and BC Liberals are pointing fingers at each other over who knows best how to fix the rapidly deteriorating forest industry.
Jul 29, 2019 10:03 AM By: Keith Baldrey 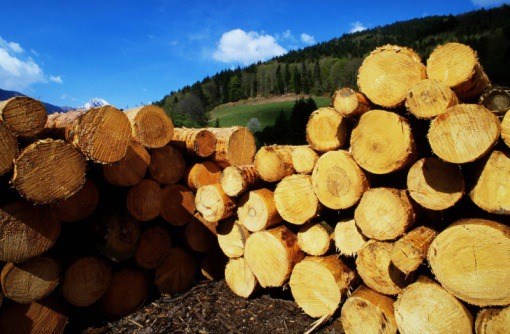 The BC NDP and BC Liberals are pointing fingers at each other over who knows best how to fix the rapidly deteriorating forest industry.

The BC Liberals are demanding Premier John Horgan oust Forests Minister Doug Donaldson, arguing he is incapable of fixing a mess that is costing hundreds of people their pay cheques.

Last week, Horgan appointed up-and-coming Delta North MLA Ravi Kahlon to act as Donaldson’s parliamentary secretary, which sounds like a babysitting assignment from a concerned premier. I cannot, however, imagine Horgan caving into the Opposition’s demands by actually firing his own minister.

In any event, there are no easy fixes to be had here and the BC Liberals know that. The reason they know that is their government was warned in clear terms four years ago that what is happening today was entirely predictable.

A consultant’s report submitted to the forests ministry in July 2015 pinpointed the looming problems and accurately predicted the terrible result - the closure of at least seven and possibly 13 sawmills in the province’s Interior.

A copy of the report, obtained by Global News, concluded the dwindling timber supply caused by the mountain pine beetle epidemic would be the chief culprit for the looming collapse.

No wood, no work.

So far this year, five Interior mills were closed permanently. Another two dozen mills have faced temporary shutdowns - sometimes for as long as four weeks.

Some forest industry analysts have suggested another six mills could face permanent closure as the industry faces numerous challenges.

The reduction in the annual allowable cut caused by the beetle epidemic, the ongoing softwood lumber dispute with the U.S., slumping lumber prices and a change in stumpage fees have combined to send the industry reeling.

But the key, unsolvable problem is the loss of wood to the pine beetle.

“The Mountain Pine Beetle (MPB) epidemic will have the effect of significantly reducing the mid-term annual allowable cut (AAC) in many BC Interior Forest Management Units (FMUs),” states the report, prepared by Murray Hall Consulting Ltd. “AAC reductions will inevitably lead to mill closures or curtailments of lumber production, as well as reduced availability of sawmill residual fibre for users such as pulp mills, pellet plants and board producers,” it further states.

Despite this warning, little seems to have been done by the previous administration to avert the disaster unfolding today.

BC Liberal forestry critic John Rustad is advocating for a financial relief package for workers, and that is probably a good idea. But if there were some kind of magic solution to the forestry crisis, surely the BC Liberals would have hit upon it while they were in power.

That is why all this finger-pointing is meaningless. Better to find real solutions for communities that are hurting.

Keith Baldrey is chief political correspondent for Global BC.