Opinion: It’s time to find a cure for diabetes 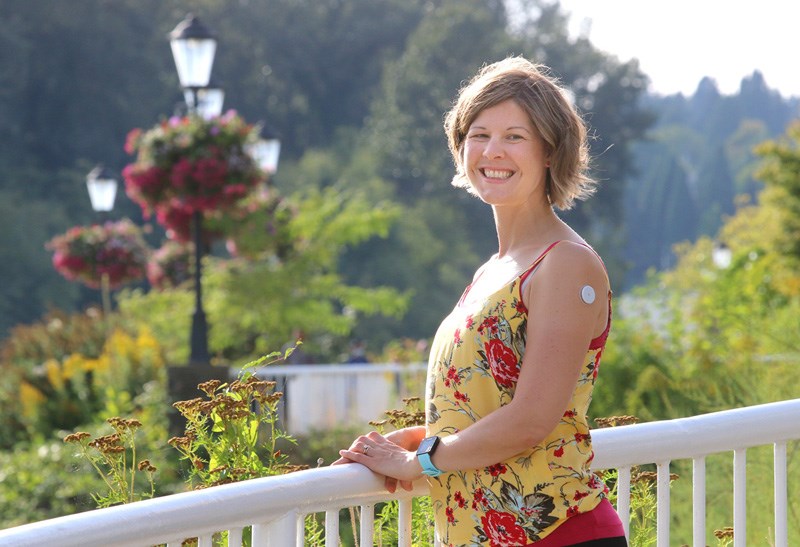 Katie Bartel was diagnosed with Type 1 diabetes when she was nine years-old. The only way someone would now know that is the small sensor affixed to her arm that she uses to monitor her blood glucose levels.MARIO BARTEL/THE TRI-CITY NEWS

But in our household, we’re aware of diabetes every moment of every day.

My wife has been Type 1 since she was nine years old.

That’s the nature of this disease. If you have it, it is omnipresent in every aspect of your life with no respite. Diabetes never takes a day off.

But to most outsiders, diabetes remains pretty much invisible.

To look at my wife, you’d never know she’s Type 1. She’s fit and active. She’s run marathons and goes for long bike rides. She’s kept up with our son through his toddler years and now that he’s a busy grade schooler.

In fact, the only clue something’s up might come when she discreetly waves her iPhone over her upper left or right arm — wherever her Freestyle Libre blood glucose sensor happens to be installed at the time — so she can get a visual determination of what is happening in her body at that moment.

During our time together, the technology to manage diabetes has evolved considerably.

When we met, she pricked her finger several times a day and before every meal or snack, then dialled her required dose of insulin into a special pen that sheathed a syringe. Then she got a pump she wore on her belt that could automatically send her insulin through a thin tube connected to an infusion site on her arm, belly or upper thigh.

Most recently, she’s been using something called an Omnipod, that functions much like her former pump but without all the complicated tubing.

For the most part those devices are secreted under clothes, out of sight.

But for my wife, they’re never out of mind.

Everything she eats, every activity, comes with a complicated calculation to try to balance her intake of carbs and activity level with the level of glucose in her blood.

Still, trying to replace a functioning pancreas with math can be an imprecise science that would challenge even a Nobel Laureate.

The consequence of a miscalculation or a body that doesn't respond as you’ve come to expect can quickly sap your energy, throw a wrench in your plans, ruin your day. Or worse.

That’s the thing about diabetes; despite the latest and best technology, despite being armed with a lifetime of experience and an acute awareness of her own body, the disease remains elusive, unpredictable.

Medicine has figured out how to manage diabetes but it’s time to find a cure so families like ours and those of the 299,999 other Canadians living with Type 1 don’t have to throw the disease a special month, or think about it every moment of every day.